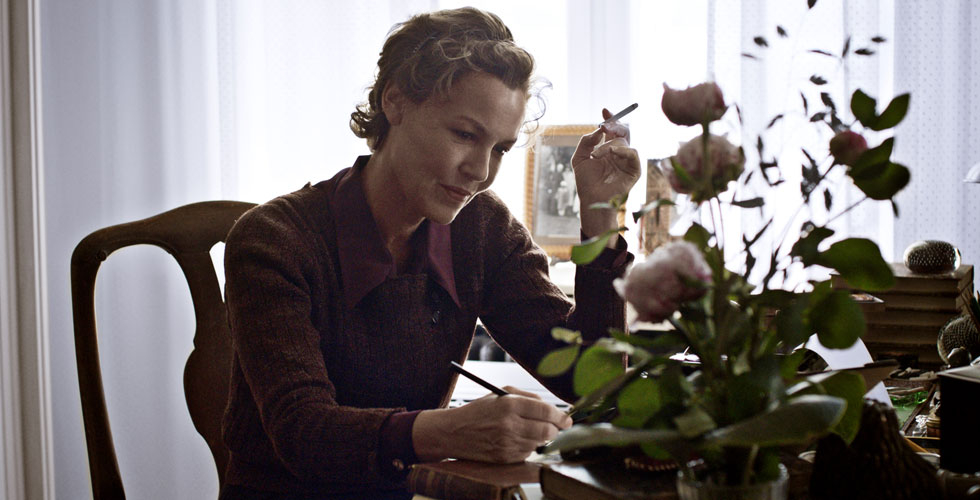 A Canneseries main competition contender, “The Dreamer – Becoming Karen Blixen” begins with a voiceover from Connie Nielsen (“Gladiator,” “Wonder Woman”) reading, in beautifully cadenced Danish, a letter ‘Out of Africa’ author Karen Blixen writes to her mother in 1931.

In it, she expresses the joy Africa has given her, that the family farm she ran has gone bankrupt, and she will soon take her life.

Exquisite shots of Africa play out, meanwhile, on the screen.

It this mix of lush period detail and big production value and a harder economic edge and sustained portrait of a woman’s sentiments and soul –  through read letters, dialog confession and Nielsen’s central commanding central performance – that sets “The Dreamer” apart.

Developed from a concept by Nielsen, “The Dreamer” begins when Blixen near ends, economically and emotionally bankrupt after her farm fails and her soulmate, as she calls English aristocrat Denys Finch Hatton, dies in an air crash at Kenya’s Voi Airport.

Her suicide fails. Rescued by her brother, she is brought back to the family manor house at Rungstedlund, north of Copenhagen, where “The Dreamer” recounts how Baroness Blixen, a member of Kenya’s European high-society, haltingly becomes Karen Blixen, a world-famous writer. It is not an easy transformation.

Created by Dunja Gry Jensen (“The Good Traitor”) and directed by Jeanette Nordahl (“When the Dust Settles”), Viaplay series “The Dreamer” is produced by Zentropa Episode and sold by TrustNordisk and Viaplay Content Sales.

Variety talked to Nielsen just after the series had world premiered at Cannes.

If the opening stretches of “The Dreamer” are anything to go by, rarely do series sustain so persistently a portrait of the sentiment and soul of a woman. But would you agree?

Connie Nielsen: A thousand per cent! I originally wrote the concept for the series because here we have an extraordinary female artist, but the only thing well known about her, which is very usual for female artists, is her love/sex life: Her syphilis, her lover who died.

But we don’t know how as a female artist she thought, how she supplemented what she experienced and what she struggled with intellectually. One of the key points that I wanted to make was to show that act of sublimation – of human life into art. And that is what we see.

She did write letters. Were they are major source of inspiration for the series?

They were, including letters that have been more recently released. For her becoming an artist was to live, not becoming was to die. The choice was very simple, except for the fact that living seemed so much harder than dying. She had to find a place where living was worth the struggle, the everyday struggle. Our series shows how tough that struggle really was, the amount of things thrown at her, from society, tradition and her family.

Many of the best modern drama series tend to explore how complex and contradictory their central characters really are. Could you suggest some of the contradictions or complexity of Karen Blixen?

She’s a woman who has had to say goodbye to love, but who is still living. More sexual love. Yet she’s somehow drawn back again and again – to the memory of it, the experience, and missing it so much.

There’s also the question of her attitude towards Africa. In the letter to her mother which you read as the series opens, she claims, truthfully, that “a grand world of poetry has been revealed itself to me out here and embraced me. I have been the friend of Somali, kikuyu and Maasai.” Yet she still belonged to a European upper class….

I don’t think she herself was conscious of the whole white superiority complex of her class. In Kenya, the social class that she was part of was a kind of English upper class, like the third sons of landed gentry who came to Africa and to the colonies in order to make a dime because they wouldn’t get much from the family inheritance. When she saw the utter disregard that the British had for Kenyans, she was shocked.

That can be seen in her concern for the 200 families who were going to be evicted from her farm when it went bankrupt….

Yes. She literally walked in her tattered clothes in and out of government offices, pleading with the British government for these families to be given the land and allowed to settle on it. And she succeeded, which is a real testament to her.

What directions did you give yourself, or did director Jeanette Nordahl give you, about how to play Karen Blixen?

One big concern was her voice. I aimed at first to speak like her. There are records and films. She had a very archaic, kind of guttural Danish. But a lot of the Danish actors ninth series maintained a kind middle Danish. So there was too much of contrast and I toned down. I had to kind of “physicalize” her voice. And I found this place where the breathing, the voice felt just internal.

The series soon gets at one of the readings for its title “The Dreamer” : Her nightmares, which she said, however horrific, still excited her.

She loved horror, was absolutely thrilled by the idea of making people shutter.

What do you think was the turning point when Baroness Blixen became Karen Blixen, the successful writer?

She was always an incredibly headstrong woman but she had an insecurity that was built into her after her father committed suicide when she was 10. That sat in her throughout her life and to a certain degree did not allow her to succeed. It was only when she was at rock bottom, when she’s literally fighting for survival, that she becomes Karen, starting to find her voice.