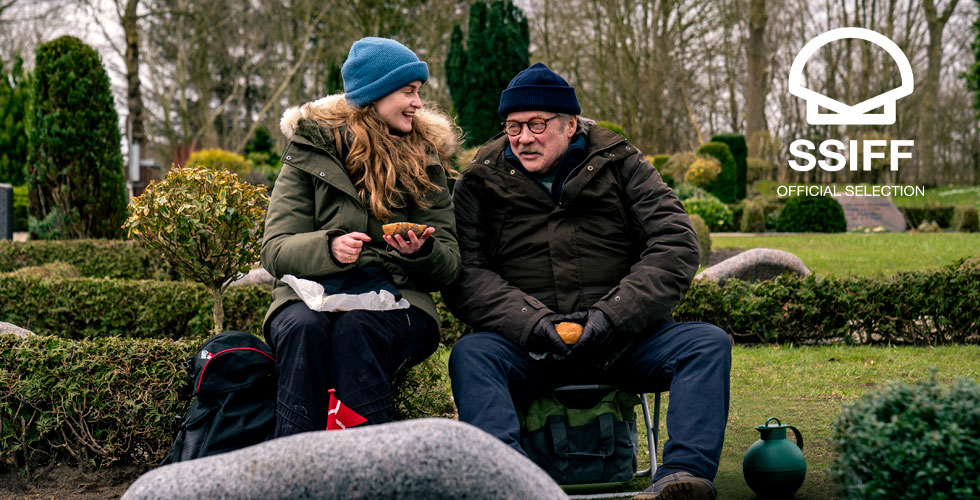 Frelle Petersen's authentic and life-affirming drama FOREVER has been officially selected for Competition at San Sebastián Film Festival, where it will have its international premiere (16-24 September 2022). The feature successfully released in Danish cinemas last month to rave reviews.

Copenhagen, 2 August 2022 – San Sebastián Film Festival has just announced its official selection which includes Frelle Petersen's deeply authentic and life-affirming drama FOREVER, that delivers a complex portrait of a family challenged by loss. The Zentropa-produced feature which has been selected for Competition will have its international premiere at the festival's 70th edition, after having had a successful release in Denmark on July 7 receiving rave reviews.

Danish director Frelle Petersen has already received a massive breakthrough with his films UNCLE (2019) and WHERE HAVE ALL THE GOOD MEN GONE (2016), and he is said to have contributed to Danish cinema entering a new era. In particular, Petersen became acknowledged for his second film, the critically acclaimed feature UNCLE (2019), which won the Tokyo Grand Prix Award in 2019 as well as received the Bodil Award for 'Best Screenplay' from the Danish Film Critics Association. Petersen has both written and directed FOREVER, while the feature is produced by Zentropa’s well-experienced producer Jonas Bagger (THE HOUSE THAT JACK BUILT, 2018).

Managing Director of TrustNordisk, Susan Wendt, comments on the selection:
'We are beyond thrilled to have FOREVER selected for Competition at San Sebastián Film Festival. It is a beautiful and strong film about the many faces of grief, and how individually we react when grieving, portrayed in the subtle and calm way that is characterized by Frelle. We congratulate the entire team'.

Successful local release
FOREVER has been well-received by both critics and the local audience in Denmark when it released on July 7. The film receives high praise from local critics, who rate the film with respectively five and six stars. In addition, the reviews from the biggest Danish newspapers speak for themselves; "An existential drama as big as anything Shakespeare could have written" (Politiken), and another calls it "A masterpiece" (Information). Despite the film's high summer release, the success in local cinemas has been immediate with 70,000 people having seen it thus far.

Synopsis
When Lily loses her brother, and Egon and Maren their son, the family is thrown into a deep crisis. Now the three of them need to find their way back to life and to reconstitute the family.

FOREVER is a life-affirming family drama set in Southern Jutland, the southernmost corner of Denmark.