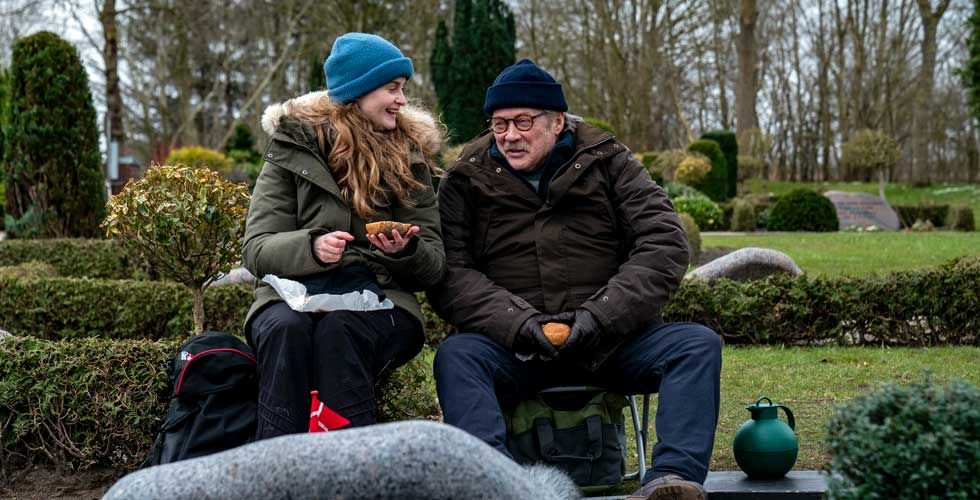 The Danish drama is directed by Frelle Petersen, nominated for the 2020 Nordic Council Film Prize with his debut feature Uncle.

TrustNordisk will unveil footage of Forever (Resten af livet) to global buyers, at the Berlinale’s online European Film Market (February 10-17). The film in post-production is due to open July 7, 2022 in Denmark.

For his sophomore feature, Petersen captures again his beloved region, Southern Jutland, through the complex portrait of a family, challenged by loss and the conflicts that each of the family members must face.

Speaking earlier to nordiskfilmandtvnews.com, Petersen said:”I want to paint a universal portrait of everyday family life, strong family bonds, and how this family is challenged by a tragedy. It’s the minute details of the relationships and conflicts that have my special attention and will form the focal point of the film.“

Pointing out the urge for him to tell stories from ‘le terroir’, Petersen adds: ”It is very meaningful to me to tell stories that unfold in the region of Denmark, where I myself was born and raised. I have great affection for my heritage. Southern Jutland stands apart from other regions of the country with its unique natural beauty, quaint sense of humour, and dialect, but the emotions and the human dilemmas that unfold there are universal and it is this unique combination that I find so fascinating,” he said.

Managing Director of TrustNordisk, Susan Wendt said she has “high expectations” for the film’s international potential thanks to the strong production team and the creative people working on both sides of the camera.”

Produced by Zentropa’s Jonas Bagger, the film is part of the production powerhouse’s strategy to support new talents, next to established names such as Lars von trier or Thomas Vinterberg.