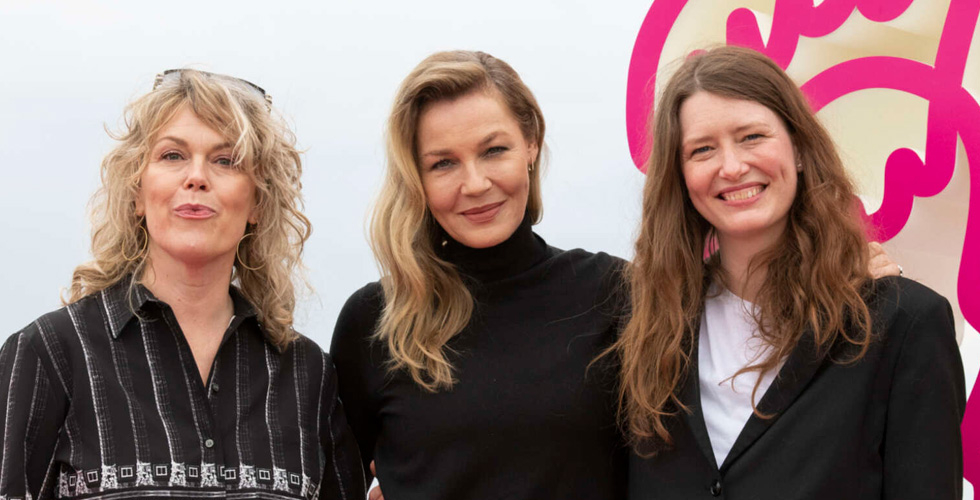 Danish iconic writer Karen Blixen, might be well known internationally mostly for her literary works Out of Africa, Babette’s Feast - in turn made into film classics by Sydney Pollack and Gabriel Axel respectively. But few are familiar with her inner journey towards becoming one the greatest authors of the 20th century.

If Karen Blixen believed in fate, it was probably fate that brought prominent Danish producer Karoline Leth (The Legacy, Rita) and star actress Connie Nielsen to the Karen Blixen Museum in February 2018, which is where the idea for the six-part series originated, as explained by Leth.

Back then, the producer was promoting the DR Drama high-end series Liberty, alongside Nielsen who starred in the show. “There we were, at the Karen Blixen Museum, launching Liberty, which was about Africa [Tanzania] and about a writer [Jakob Ejersbo as Liberty was based on his African trilogy books].

“Connie and I started talking to the former managing director of the Museum about what happened when Karen Blixen actually came back home after 17 years spent in Africa. She was 46, she was ill [having contracted syphilis from her unfaithful Swedish husband], divorced, penniless, as her farm had gone bankrupt, and her soul mate and big love [Englishman Denys Finch Hatton] had died in a plane crash. She had no other option than to move back home…to her mum. Connie and I thought there couldn’t be anything worse! That’s what started it up. Then we said with Connie - "we have to have a very, very good writer.”

Creator/head-writer’s touch
In May 2018, Leth and Nielsen approached seasoned writer Dunja Gry Jensen (Norskov, Terribly Happy). The latter had a busy schedule, but Leth was willing to wait. “Gry has an acute sense for highbrow as well as poetic writing, which is the way Karen Blixen wrote. I knew that to dig into Blixen’s life, we simply needed that outstanding level of writing,” Leth observed. Half a year later, Gry Jensen was working on the project.

In order to find the core of the story that would make it engaging to viewers, the writer said she dug into research with Leth and co-writer Per Daumiller who came on board later on.

“What we discovered and found interesting, was Karen’s strong family relations. We love stories about individuals, but no genius is an island. They are part of a community and here, the family community is part of who Karen Blixen was and who she became. The Dinesen members of the family were altogether supportive of and opponents to her writing projects. For instance one brother would read her notes, her brother-in law was a publisher.“

“Also in Denmark, people are fascinated by the ‘sexier’ story of her father [Wilhelm Dinesen] who was an army officer and a writer, but who was manic depressive and committed suicide when Karen Blixen was 10. She might have inherited his sensitivity, but her inner power actually comes from the women in her family - notably her mother Ingeborg and Aunt Bess,” notes Gru Jensen. “The women are those carrying the family, like Greek pillars. This is a very positive message that we wanted to pass on.”

Besides, the exploration of Karen Blixen’s family dynamics, Gry Jensen said she wanted to incorporate one of the author’s landmark literary works into the series. “One year into development, we had the idea to use Karen’s very iconic short novel ‘The Dreamers’ [part of her first published works ‘The Seven Gothic Tales’], as it has a very strong sense of narcissism, identity and grandiosity.”
Another challenge was how to bring to life Karen Blixen’s inner world as an artist. ‘We wanted the series to be character-driven but with a feeling of the character’s inner life, so that people would grasp her complexity,” continues Gry Jensen. “We decided to use mechanisms, including flashbacks, but then, the question was how far back in time should we go? Eventually, we decided that her life in Africa was a phase impossible not to address. Making all the layers speak to each other was an extra difficult job that we faced in the editing. “

Director’s touch
Another talented female creator - director Jeanette Nordahl (Wildland, When the Dust Settles) was crucial to the making of The Dreamer.

When she was approached a year and a half ago, the up-and-coming director said her feelings were ambivalent. “At first, I thought-no, I don’t want to do a biopic. But then I read the excellent script. What struck me was that instead of saying - 'this is Karen Blixen’s life', the creators wanted to explore her imagination and most importantly her art. That really turned me on!”

Nordahl who made her directorial debut in 2020 with Wildland [starring Sidse Babette Knudsen] about blood ties in a Danish family, was drawn to yet again, depict family bonds. “I’m super interested in the theme of family,” said the director. It [family] is something you can’t choose but that’s also what shapes us. This was the case with Karen Blixen’s family-they shaped her. “

Nordahl then offered to direct the full six episodes, as a long feature film, shot in one block, to take full control of the project, from concept to delivery. Filming took place over 68 consecutive days, on locations in Denmark, South Africa and with studio shootings in Belgium, facilitated by co-producers Belga Productions in Belgium and Stage 5 Films in South Africa.

“I had never shot that many consecutive days, but I like to get in over my head. It needs to be a bit scary for me, otherwise it’s not worthwhile,” said the director.

Meanwhile the cast was built around Connie Nielsen, who first spent time with Nordahl to define the ‘outer’ Karen before her inner self. “We worked on how Karen should look and act, before working on her inner character,” explained the director.

The ensemble cast includes theatre actress and singer Hanne Uldal as Ingeborg Dinesen, Lene Maria Christensen (Legacy, Deliver Us) as Karen Blixen’s sister Elle, Joachim Fjelstrup (Wildland, Greyzone) as her brother Tommy, Lars Mikkelsen as her brother-in-law Knud, Solbjørg Højfeldt (The Kingdom) as Aunt Bess, Swedish actor Johannes Kuhnke (Force Majeure) as Karen Blixen’s former husband Blix and Irish actor Lochlann Ó Mearáin (Joyride) as her true love Denys.
Nordahl who was keen to instil a Bergmanesque Fanny & Alexander feel to the series, said the amazing location, north of Copenhagen for the Dinesen family home, gave the cast & crew “a huge amount of freedom to play with the material.” “We gathered the actors, all dressed in their period costumes, so that they could be in character. We did a few days rehearsals to get them to connect and interact as a family, and we did etiquette training” she added.

Together with the key head of departments including cinematographer Aske Alexander Foss (Liberty, When the Dust Settles, White Sands), Nordahl elaborated a precise plan for the series’ visual style, to reflect Karen Blixen’s art. “Early on, I felt the series had to be as sensible as Karen’s writing. I was looking for something poetic, but still honest and quite rough. So I told the cinematographer, production designer etc - every little detail is important and has to be perfect, with a story in itself. We will film it all and take it into Karen’s universe.”

Karen Blixen hook for financing
On a financial standpoint, the ‘Karen Blixen’ brand was a hook that helped secure the €9.8 million budget, according to long-time Zentropa producer Marie Gade. “This is a drama series that in Denmark, only a few years back, would have been made for DR, whilst this is done for Viaplay, with support from Nordisk Film & TV Fond and the [Danish Film Institute’s] Public Service Fund, among others,” she underscored.

The Dreamer-Becoming Karen Blixen is handled internationally by TrustNordisk in the non-Viaplay territories, including French-speaking countries and Asia.

Asked what she hopes the viewers will take away after watching the series, Leth who confessed she cried out of pride after watching the first episode said: “I want the viewers to go into this ‘fairy tale’ and to relate to this character-Karen Blixen. She might have been a bit weird, extreme, but she was also very smart and a wonderful and fun person.”

Gry Jensen added: “I hope viewers will be tempted to read or rediscover Karen Blixen’s works. A big theme as well in the series, is that art can heal a wounded soul. She is wounded, but rises through art. Today, in our chaotic world, we need the spiritual and artistic strength to heal as a society and as individuals, on a national and global level.”

The Dreamer-Becoming Karen Blixen is due to premiere on Viaplay later this year.