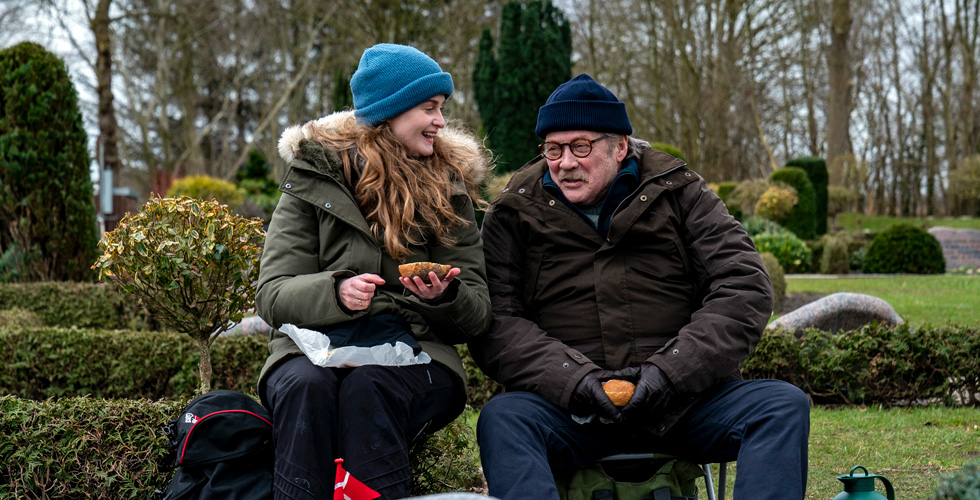 A close-knit Danish family struggles with loss in Forever, Frelle Petersen’s drama that debuted at the San Sebastian Film Festival. Shortlisted by Denmark as its submission for the International Feature Oscar (Holy Spider was ultimately selected as the entry), it’s a quiet, thoughtful charmer that observes its characters with affection and respect.

Jette Søndergaard puts in a dignified performance as Line (translated as Lily in the English subtitles), happily married but stressed about trying for a baby via IVF. She and her husband spend a lot of time with her mother Maren (Mette Munk Plum) and Egon (Ole Sørenson), who runs a coffee shop with Line’s brother. A kind and likable presence, the brother dies suddenly, and his loss is felt deeply throughout the family, but demonstrated differently by each character.

While Egon talks about his feelings and takes himself off to his greenhouse for chats with his dead son, Maren shuts off her emotions, unable to think about the devastating loss. Her husband mistakes this for indifference, which drives a wedge between them, as well as between Maren and Line.

Forever is a thought-provoking reflection on the psychology of grief, with poignant moments that show Egon and his daughter working together to find comfort. Recalling that her brother had a passion for roasting coffee, Line encourages her father to learn how to roast the special beans that he ordered. The bag of coffee beans becomes symbolic, each cup taking on fresh meaning. There’s also gentle comedy when Maren insists on taking Line’s husband shopping, suggesting that his tight underpants may be responsible for fertility issues. And then there’s the friend who’s obsessed with ornithology, filling awkward silences with trivia about birds.

Petersen often keeps the camera steady in these intimate scenes, observing as if we are sitting at the table along with the family. In a darker moment, the camera is behind the back of what is presumably the funeral director, as the family discuss what hymn their loved one would have preferred. It’s deliberately uncomfortable to watch, as if we are spying on a small group in their darkest hour. But despite its sad subject matter, Forever ultimately strikes a note of hope about the strength of familial love.