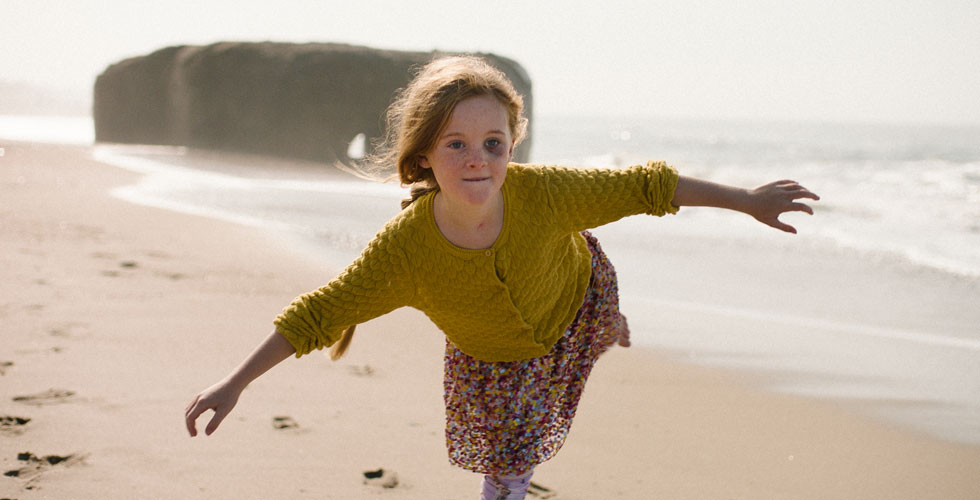 By Women and Hollywood / Cassandra Nicholson

Annette K. Olesen is a screenwriter and director whose feature film debut came in 2002 with family drama “Minor Mishaps.” The film was selected to compete at the Berlin International Film Festival and won the Blue Angel Award. Olesen then went on to make “In Your Hands” (2004) a film made to commemorate the 10th anniversary of the Dogme 95 movement. “Little Soldier” (2008) was the third of Olesen’s films to compete at the Berlin Festival, and won the Prize of the Ecumenical Jury. Most recently, Olesen has conceptualized the HBO show “Kamikaze.”

“A Matter of Trust” is screening at the 2022 Tribeca Film Festival, which is taking place June 8-19.

W&H: Describe the film for us in your own words.

AKO: “A Matter Of Trust” dives in to the lives of five very different people. The only elements that connect them are the country they live in, the landscapes, the physical, rigid rhythm of the 24 hours of a day, and the fact that they all, on this day, experience how trust is both essential and fragile.

We wanted to zoom into this and stay there — watching trust as a human phenomenon and connecting our characters through that lens. We asked five highly-acclaimed, Danish literary authors to each write a short story that circled around this, and even though they were given total freedom to interpret the theme, they all came back with stories where trust was challenged. That, of course, is the intuitive muscle of storytellers — including myself — but it was also reflected upon by a philosopher we spoke to during our development of the film, who said that we only speak about trust when it is endangered or not there. At the same time, it is absolutely essential to how we build our relationships and our societies.

“A Matter of Trust” is minimalistic, yet diverse. The five stories are different in tone of voice and genre and are woven together to create one center for the audience to reflect upon: trust.

W&H: What drew you to this story?

AKO: I read about a Danish scientist of economics who was challenged by some North American colleagues to explain why Denmark, which has no oil, no diamonds, and no other natural resources — apart from bacon, butter, and windmills — is one of the richest societies in the world, providing a very high level of welfare for its citizens and scoring in the top three [countries] for decades on happiness. The Danish scientist decided to come up with an answer, and after some years of research he returned with it: Our natural resource is trust. He claimed that a very high percentage of our [Gross National Product] stems from the fact that we practice trust in the way we form relationships and negotiate, but also that we trust our policymakers and our institutions. Because of that we have a very low level of corruption and therefore, very little need for control.

When I read about this some eight or nine years ago, I had a sense that we started seeing cracks in this foundation. An increase of cases where politicians and police abused their power, a sudden disclosure of how our income tax system was being abused by both Danish and foreign criminals, the way a respected Danish bank was suddenly involved in white-washing on an extreme level. And in the media and people’s lives, a growing sense of confrontation, conflict, isolation in closed communities rather than our common community. I therefore thought: If trust is our natural resource and thus the guarantee for our way of life, we better start looking at it.

And, yeah, well, along came COVID.

W&H: What do you want people to think about after they watch the film?

AKO: I would love people to discuss the dilemmas of the different stories and to dare to disagree when interpreting each character’s stories: their motivations, choices, conclusions. I’ve always made films that had quite open endings because I want my films to create reflections rather than answers, but “A Matter of Trust” is beyond a doubt the most open film I’ve done.

W&H: What was the biggest challenge in making the film?

AKO: We — the scriptwriter Maren-Louise Käehne and I — decided from the beginning to be extremely open towards the short stories and to respect each individual tone of voice and genre given by the authors. It was a delicate and interesting balance since the language of literature is so different from the language of film. Film is so concrete and what-you-see-is-what-you-get, so translating with a deliberate allowance of letting the literary language influence us was challenging, but also so interesting.

Also, of course, our budget was challenging. We decided to make the film as cheap as possible in order to get as much creative freedom as possible. We had to run, but everyone we attached to the project was informed that this was a choice, so everyone carried it together, and it created a fantastic team-spirit.

W&H: How did you get your film funded? Share some insights into how you got the film made.

AKO: In Denmark luckily we have a public fund, The Danish Film Institute. They funded the development and a good chunk of the production budget. Apart from that we had some funding from DR, the Danish national broadcaster, and also from our Danish distributor. The rest is my production company Nimbus Film and myself.

W&H: What inspired you to become a filmmaker?

AKO: To gather puzzle pieces into wholes. I don’t know if you can say “wholes” in English, but its the best word I can find. I’ve very often initiated my projects by being curious about a theme or two, and then start digging into that to find the characters that embody the theme and its dilemmas. And then I love editing. The fact that the same two images can be connected in ways that tell totally different stories — magic!

AKO: “Get in late and leave early” is probably the worst advice I got. Not because it isn’t sometimes the right choice, but because it was introduced almost as an editing commandment and became so defining for so many filmmakers, including myself, and the dominant rhythm of Danish films for decades. I often think its much more interesting to say, “What if I stay?”

“It’s just a film” was the best advice. Filmmaking is a lifestyle, but can also become crazily dominating and rule every corner of your life. Being ambitious and striving for the best is important, but you need to be sweet to yourself as well, and to allow space and devotion to other things — and people — in your life.

W&H: What advice do you have for other women directors?

AKO: Create and don’t doubt your right to do so. Ask your fellow male directors about their deals and conditions and demand and expect at least the same. Decide on your conditions and their margins, and be willing to leave.

W&H: Name your favorite woman-directed film and why.

AKO: “Petite Maman” by Céline Sciamma is one of the most fantastic films I’ve seen for years. She tells such a complicated and almost metaphysical story in such a simple and playful way. So clever. I lost my mother a few years back and I think the thought that I would have loved to know her more is almost banal. But Sciamma turns that longing into an unsentimental yet very moving fairytale. Very strong.

W&H: How are you adjusting to life during the COVID-19 pandemic? Are you keeping creative, and if so, how?

AKO: Yes, I’m keeping creative – “A Matter of Trust” was made during COVID and luckily we made it through without too much hassle. I have actually enjoyed the silence in the world and the thought of dolphins in the canals of Venice, but I totally recognize the painful longing that people in their teens or 20s have gone through.

W&H: The film industry has a long history of underrepresenting people of color onscreen and behind the scenes and reinforcing — and creating — negative stereotypes. What actions do you think need to be taken to make Hollywood and/or the doc world more inclusive?

AKO: Education. Recruiting more POC to theater and film schools and creating awareness in our industry about the issue. While I was teaching at the film school here a few years back I introduced gender-neutral casting to one of my students who was in doubt whether his main character should be a woman or a man. That created so many interesting discussions and perspectives into how we cast and how we can do it differently in general.

A Matter Of Trust