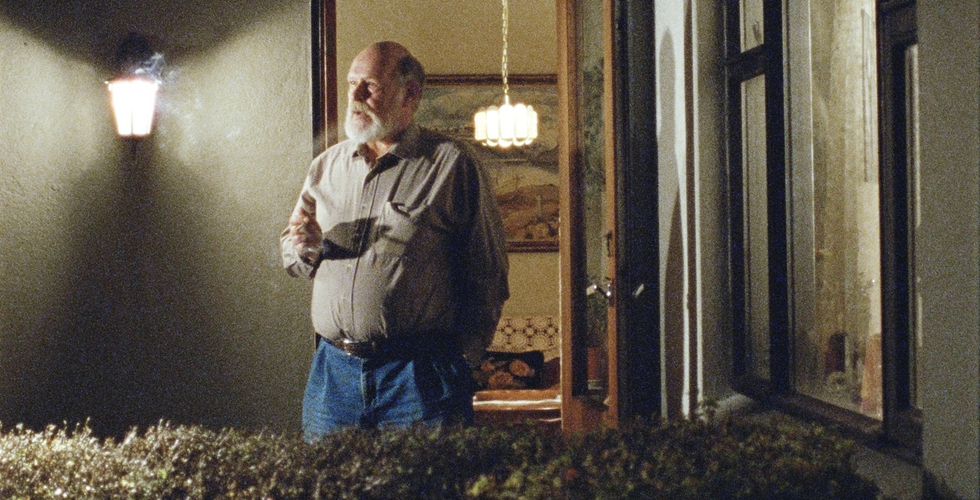 By David Rooney / THE HOLLYWOOD REPORTER

Despite some hot-and-heavy old-age sex, VOLCANO is not going to be many folks' first choice for a date movie. But Icelandic writer-director Runar Runarsson's drama is a love story observed with tenderness that never compromises its truthfulness. It will strike affecting chords for anyone who has dealt with a partner or elderly parent's illness, and the painful decisions that arise from it.
While the stoical nature of his characters may be unmistakably Scandinavian, and his central figure at times appears to be hewn from the scorched volcanic rock of his birthplace, Runarsson's debut feature screened at Cannes' Directors Fortnight explores universally relatable experiences.

There's the shock to the system that retirement brings to many men whose sense of purpose is defined entirely by their work; the difficult realignment of a couple's dynamic when that man is suddenly home all day; the cold terror of almost losing a loved one; the questions about quality of life when motor skills and brain function are impaired; and the need of the healthy partner to assume care-giver duties, regardless of the impracticalities.

The slow-burning drama addresses these concerns without didacticism in a context that's naturalistic but also quietly poetic. What will be most provocative, in countries where euthanasia remains a contentious issue, is the film's matter-of-fact eloquence in making a case for delivery of a compassionate death.

An economical opening scene shows the pride 67-year-old Hannes (Theodor Juliusson) has taken in his job as a school caretaker, as he relinquishes responsibility to his replacement. The momentous weight of that step is conveyed when minutes later, we see him contemplating suicide. Hannes' cranky behavior at home and brusque manner with his wife Anna (Margret Helga Johannsdottir) prompt harsh comments from their son Ari (Thorsteinn Bachmann) and daughter Telma (Elma Lisa Gunnarsdottir), which Hannes overhears.

A mishap in his beloved fishing boat leaves Hannes shaken and humiliated. He initially responds to Anna's concern with his customary anger, but in a moment of vulnerability later that night, they reconnect with a passion that appears to have been absent for years. A reprieve of unexpected happiness follows but is cut short when Anna suffers a major stroke at the dinner table.

Juliusson makes Hannes' emotional devastation, revealed mostly in solitude, profoundly moving. Likewise his indignation when Ari and Telma challenge his decision to remove Anna from the hospital and undertake her care himself at home, with help from a visiting nurse. There may be truth in Ari's accusation that his father is looking to atone for years of taking his wife and family for granted, but that doesn't make Hannes' intent less honorable.

There's an attention to the unsavory details of elder care that instantly distances this story from the saccharine Hallmark fare that it might have been in another cultural context. But even the blossoming of a timid bond between Hannes and his grandson (Agust Orn B. Wigum) as they work together on the battered boat gracefully sidesteps clichÃ˜.

Shot in a simple, unfussy style and deliberately unhurried, this is undeniably a small movie and unlikely to register much beyond the festival circuit. But it has heart and integrity. In just a handful of short scenes, Johansdottir sketches a complete history of a marriage and of a love that endures despite the inevitable erosion of time and familiarity. And Juliusson's physical and emotional journey back to the island he and Anna left behind years earlier carries tremendous poignancy.