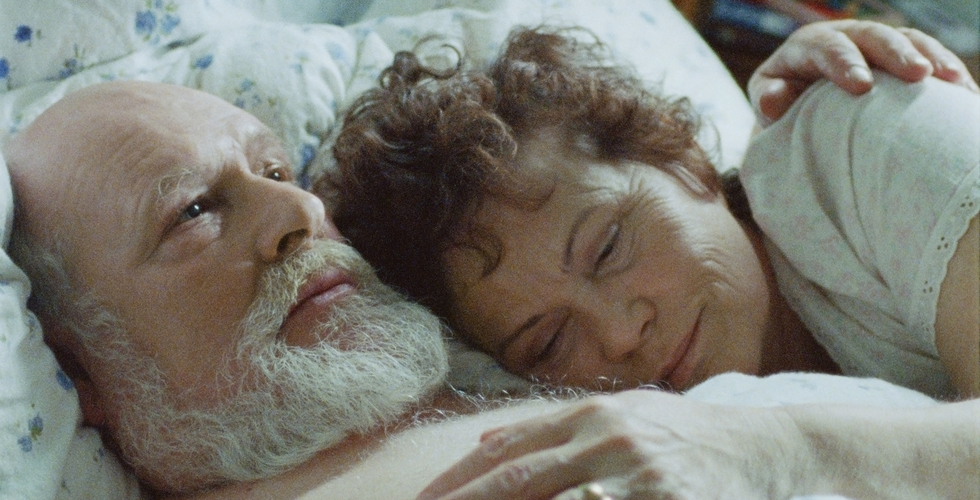 Rúnar Rúnarsson's feature debut is by far the most sougth-after Danish production on the international festival circuit this year. On Sunday the film was awarded silver in the New Directors competition at the Chicago International Film Festival.

Honoured with a Silver Hugo on Sunday in Chicago, "Volcano" succeeded once again in doing what it seems to be doing best these past five months: to impress juries and fesival programmers with its emotionally charged story of a retiring school janitor, Hannes, who faces the decision of his life when his wife turns ill.

"Volcano" is a film "that triggers a deep emotional response that has nothing to do with sentimentality," the jury of the New Directors Competition states in its motivation. "Not just another film about redemption, Rúnar Rúnarsson's debut depicts the moral ambiguity of the choices facing a complex, older man."

"Chicago is one of the oldest competitive festivals in the US and also one of the first to have presented works by major European directors like Fassbinder, Wenders and Herzog," DFI festival manager Lizette Gram Mygind says. "We are therefore very thrilled that 'Volcano' had its first US festival showing at Chicago."

The Silver Hugo is "Volcano"'s fifth award since it premiered at Cannes' Directors Fortnight, including for Best Director in Transylvania, and has been on show at 17 festivals with screenings this week in London, Montreal, The Hamptons, Haifa and Vienna.

The film, which takes place in Iceland and features an Icelandic cast, is produced by Danish production company Fine & Mellow and Zik Zak of Iceland with a talent grant from New Danish Screen under the Danish Film Institute.

"Volcano" is Iceland's canditate for a Best Foreign-Language nomination in the upcoming Oscar run.