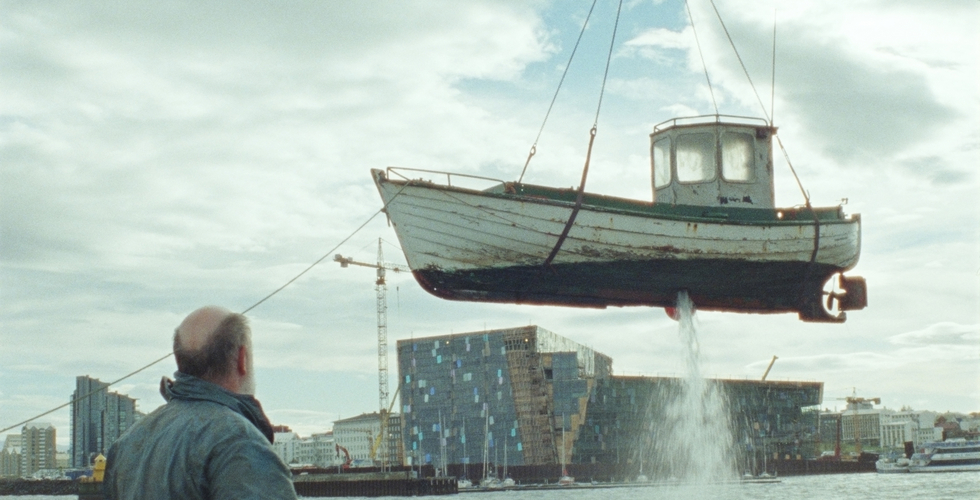 A gruff, working-class retiree relearns what makes life precious in

the small but heartrending "Volcano," the feature debut of Icelandic

helmer Runar Runarsson. With well-rounded characters and an overall tone

reminiscent of Mike Leigh and Ken Loach, the realist drama shows that

tender sex is not incompatible with senescence.

indignities of aging and infirmity won't be everyone's cup of tea, the

and uniquely Icelandic. Fest travel should segue to select ancillary

After 37 years as a feared school janitor, the future looms like

an empty void for Hannes (Theodor Juliusson). From a more conservative

time, when a man was king in his home and expressions of affection were

limited to women and Christmas, he's alienated from his adult children