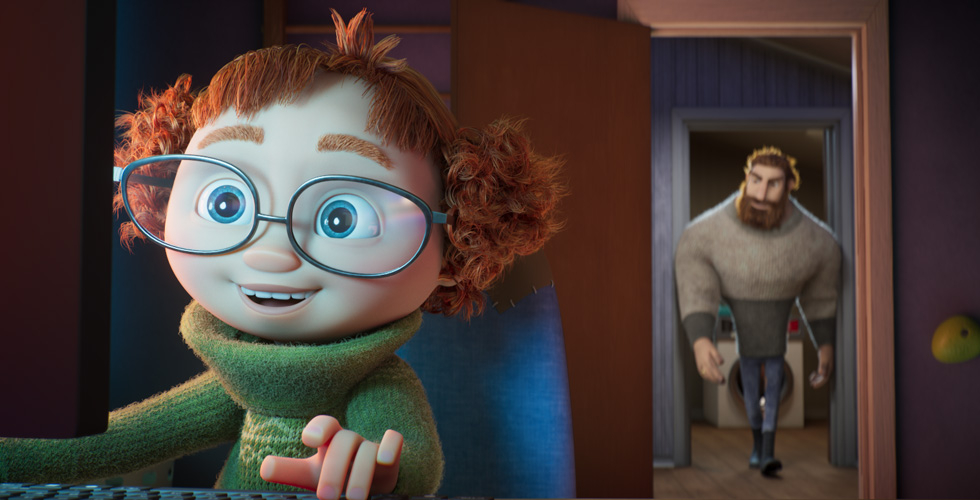 TrustNordisk has closed a flurry of sales on a pair of 3D-animated family features, “Little Allan — The Human Antenna” and “Just Super,” underscoring the market appeal of independent youth-skewing movies.

“Little Allan – The Human Antenna” marks Danish film Amalie Naesby Fick’s follow up to her commercially successful debut “The Incredible Story of The Giant Pear,” which premiered in the the Generation Kplus section at Berlin in 2018. She also had her drama series “Sex” selected for the Berlinale Series.

The film takes place during summer vacation, when introverted, 11-year old Allan starts acting as a human antenna for his old neighbor, who thinks a huge invasion fleet from the outer space is on its way. When the antenna construction collapses, Allan is only barely saved by the alien girl Britney, who is doing a school project about the primitive human race.

The feature film was produced by Nordisk Film Production’s Trine Heidegaard and Thomas Heinesen, who previously worked with Naesby Fick on “The Incredible Story of the Giant Pear” and also produced the local B.O. hits “Checkered Ninja,” and “Terkel in Trouble,” among others. The film is expected to be released in Danish theaters next summer.

“Just Super” is directed by Rasmus A. Sivertsen, whose credits include “Louis & Luca — Mission to the Moon,” which played at Berlin, and “In the Forest of Huckybucky.” Carter Goodrich, who previously worked on animation blockbusters “Coco” and “Despicable Me,” did the initial character design for the film.

TrustNordisk has already closed France (KMBO), Russia and CIS (Silver Box) and Poland (Vivarto) on it. Produced by Åshild Ramborg (“The Ash Land”) and Stian Tveiten (“Congo”) at Scandinavia’s Qvisten Animation, “Just Super” revolves around an 11-year-old gaming enthusiast, Hedvig, who finds her life turned upside down when she is forced to replace her father as the town’s superhero much earlier than expected. The film was penned by Kamilla Krogsveen. Nordisk Film will distribute it in the Nordics.