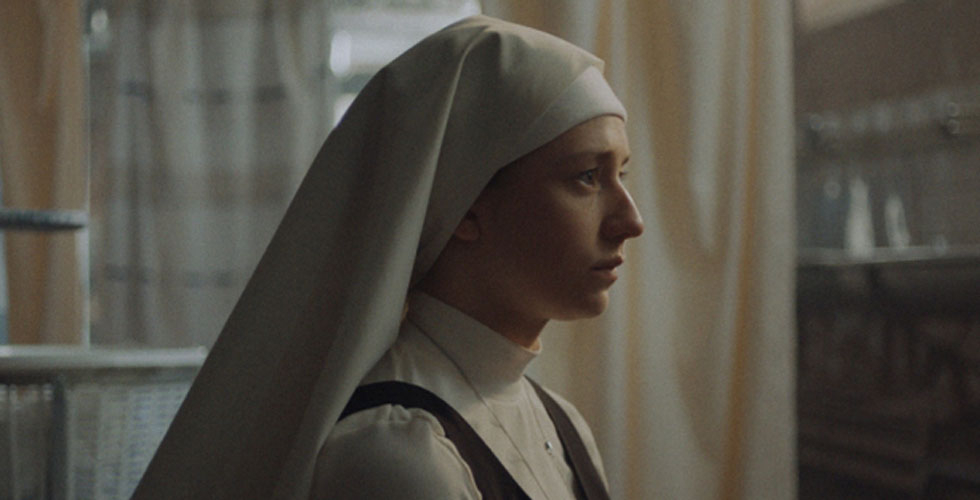 Recently spotlighted at the Finnish Film Affair, where it was given the Best Nordic Project Award, Danish production “The Great Silence” will head straight to the convent, where Sister Alma (played by “Ninjababy” lead Kristine Kujath Thorp) is preparing to take her perpetual vows. But once her recovering alcoholic brother shows up, stirring up memories of a family secret, Alma begins to question her choices.

The film, currently shooting in Copenhagen and produced by Pernille Tornøe of newly founded Monolit Film, will mark helmer Katrine Brocks’ feature debut, inspired by her religious upbringing in a Christian community and co-written with Marianne Lentz, also behind her Robert Award-winning short “In the Blink of an Eye.”

“My parents met at a Bible camp. Religion has always been the backdrop of my childhood, it was the foundation of everything” she says, admitting that her “very personal relationship with God” changed once she started her teens.

“I have been experiencing a spiritual identity crisis ever since I was 14 years old. I wouldn’t say that I am a believer but I am not a non-believer either, you know? I guess the whole film is an exploration of that: figuring out where I stand in the midst of it all.”

Brocks – who graduated from the National Film School of Denmark and already collaborated with Thorp on 2019 short “Below the Waves, Above the Clouds,” calling the actor her “creative muse” – became fascinated with nuns after witnessing a family friend taking her vows.

“You are getting married, but not to an actual person. The idea for the film came from that curiosity, from trying to understand what makes a person choose such an absolute way of living with God.”

Still, theological discussions will need to take a backseat to a story about two siblings trying to deal with their past trauma, with Elliott Crosset Hove cast as a skeptical older brother.

“Once he arrives, it’s like watching a car crash. Nuns pray for the world, so Alma believes she is there for him. But he doesn’t think it makes any difference,” says Brocks, admitting the characters represent two sides of her and her dilemmas.

“This story is really about our perception of ourselves, about going to extreme lengths in order to appear as a good person, even when it means we have to demonize other people. I grew up with Jesus as the ultimate role model and my interpretation of this as a child was that I had to live up to a really high standard in order to be loved by God. As an adult I’ve come to understand that the whole ‘message’ behind Jesus is that we are already forgiven. But in order to be forgiven, we have to be honest and that’s Alma’s problem. She isn’t honest about who she is.”

With most of the story taking place in a convent, Brocks has learned a lot from nuns she has interviewed, with many comparing it to just about every marriage.

“They told us that you have to choose to be in it. Sometimes you feel God is there, sometimes He is not – just like the love of your spouse. It’s hard work,” she says, interested in the contrasts between the sacred and the everyday.

“Nuns make breakfast and send emails, and yet every chore becomes worship. The whole idea of a convent is about creating a guilt-free space; a small paradise where the original sin doesn’t exist. But is that even possible?”

Admitting that many films about nuns tend to focus on their chastity or sexuality – like Paul Verhoeven’s recent Cannes curio “Benedetta” – Brock’s interests lie somewhere else.

“That’s not my focus at all. I am much more interested in themes such as guilt and forgiveness, and mercy. The whole concept of being a sinner and a saint, and the clash between those two,” she says, hinting at Sister Alma’s darker side.

“I am curious to see if the audience will judge her or root for her,” she says, mentioning that while “The Great Silence” won’t criticize religion, it won’t glorify it either.

“I think religion can be a beautiful thing; I also think it can harm people. The film explores how we, as humans, struggle to find meaning in ‘The Great Silence.’ When a tragedy happens, some people become more religious while others lose their faith or view it as further proof of a Godless universe. To me, that’s an interesting paradox.”