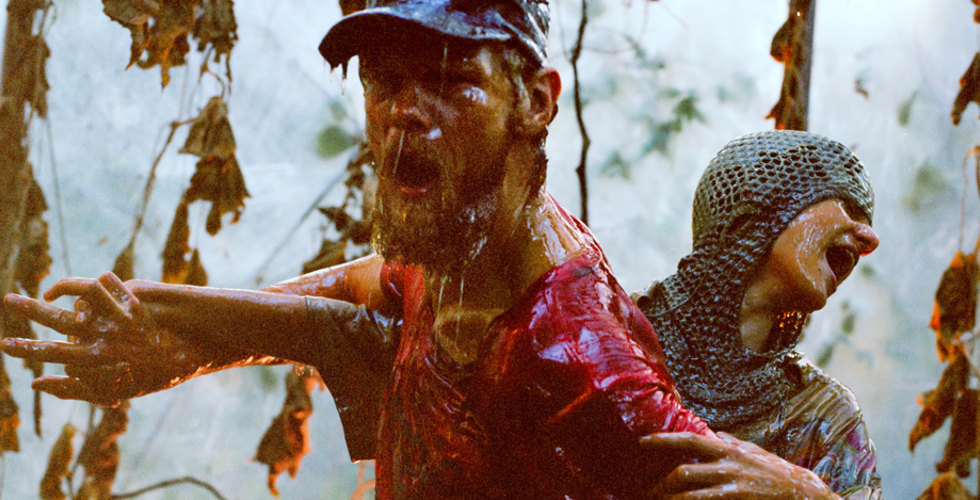 premieres at Toronto in the Contemporary World Cinema section, is developing a

pair of high-concept projects: the crime thriller “The Shadows” and the supernatural

Shadows” follows Amanda, a farmer whose reclusive life in the countryside gets

neighboring property. While she initially tries to stay away from the investigation,

she bonds with Lisa, a burnt-out police inspector who struggles to solve the

case while the community seems unwilling to talk.

Light,” meanwhile, tells the story of Lea, who is on her way to break the world

record in free diving when she starts experiencing strange visions. She then

finds out her mother fell in a coma after attempting to commit suicide. While

the health of her mother keep deteriorating, she continues to be haunted during

her dives by an unknown force.

is developing both projects with Tine Mikkelsen at Adomeit Film, the banner

behind “Resin,” a Danish thriller based on Ane Rie´s book by the same name.

bedridden mother. Liv doesn´t know that her parents have made the outside world

believe that she is dead in an attempt to escape society´s norms and demands.

venture into the world.

world-premiered in Berlin, said “Resin” was an unusual project for him to take on

never made a genre film before and I was concerned about the premise. At first

told a thousand times, but I was drawn to it because I liked the fact that it´s

a cross-genre drama with thriller elements, and it explores our ambivalent

close to nature, away from society, can be a rewarding experience; that said,

ugly, grotesque and disgusting things can happen when you live in the nature.

suffocating,” said the director, whose credits also include “Berik,” which won

Holm, whom he described as “very talented and special.” “I´ve always enjoyed

working with non-actors or young people because it´s more rewarding. They trust

you so much, there is less bullshit going on and if you get behind the camera

right, stuff will happen before the camera,” said the director, who studied

film in Denmark and has been living there for over 10 years.

“Resin” is the first film Borgman brings to Toronto, and he said it made sense

make a film in English at some point.

Zentropa Productions 2, with Louise Vesth as executive producer. “Resin” was

backed by the Danish Film Institute, FilmFyn and TV 2. Nordic

distribution to be handled by Nordisk Film Distribution.