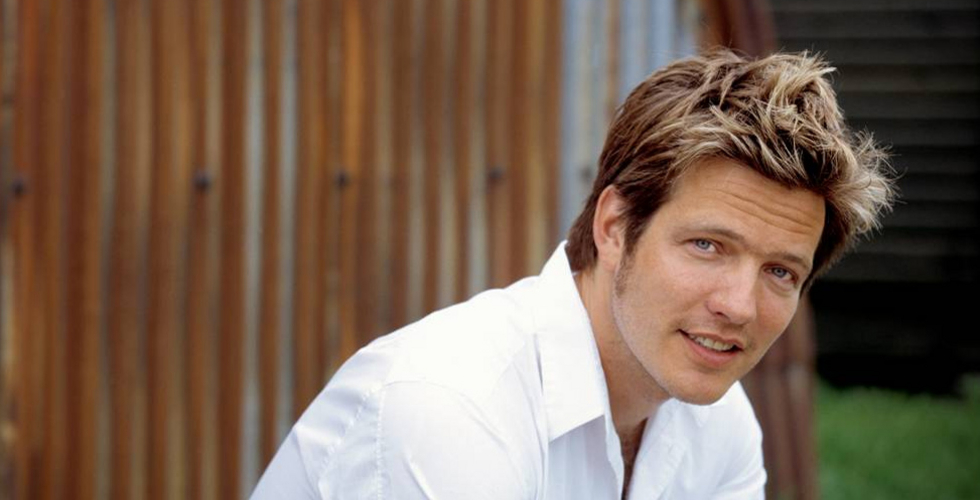 The Danish auteur spoke with THR about loneliness, the difference between a commune and a cult and why his next Danish movie will be "a love letter to alcohol."

The Hunt, the previous film from Danish director Thomas Vinterberg, was a dark tale of small-town Danish life and how a community can turn against their own - in this case when a kindergarten teacher (Mads Mikkelsen) is falsely accused of child abuse.

Now, after a detour to make the period drama Far From the Madding Crowd (starring Carey Mulligan and Matthias Schoenaerts) for the BBC, the director, 46, is back at home with The Commune, which premieres Wednesday in competition.

Vinterberg drew on his childhood as source material for his story - written with The Hunt co-writer Tobias Lindholm - of a group of idealistic young families in 1970s Copenhagen that decide to live together. He spoke with THR about nostalgia, the difference between a commune and a cult and why his next Danish movie will be "a love letter to alcohol."

How did the idea for this film come about?

When I was 7, my mum and dad decided to move with me and my sister into a commune. In America, I know communes are looked at as a kind of sect, something religious, or hippies living on vegetables in the countryside. It wasn´t like that. These were academics, people working in TV, professionals. My dad was a film critic. They lived a completely normal, atheist, slightly leftist lifestyle. It wasn´t like free sex and drugs everywhere. But it was a very optimistic, free-spirited atmosphere. With maybe a few too many beers.

Why did you decide to make a movie about it?

I was thinking a lot about how many people now live alone in Denmark. Even couples often live separately. A lot of people live with loneliness. I wanted to talk about loneliness. And abroad, whenever I mentioned the word "commune," people said, “You have to do that.” I was doing a stage version of my film The Celebration at the Burgtheater in Vienna, and the director said, “We have the best actors in the world here, do your commune play with them.” So I improvised the play with the actors. When I saw the opening, with people in tears, laughing and crying at the same time, I felt the warmth of my childhood come back. That was my main gasoline for making the film, the nostalgia.

How close is the story to your own experience?

I wrote the screenplay with Tobias, and we changed it. It´s not a film about my childhood anymore, it´s become fiction, it´s become drama. It starts out positive and happy, but the second hour is pretty dark - I´m exposing all sides of life, both the electric feel I remember from my childhood and the tragic consequences of trying to share too much. Like The Hunt, it´s an exploration of a community and the relationship of a community to the individual. And it´s about a loss of innocence.

I met my own commune a month ago. I hadn´t seen most of them for 20 years. In my head, they were the same vital, young group of people. But they are separated, they are divorced. They´ve gotten old. I had somehow lived under the idea that one day I could move back. But I realize that isn´t going to happen.

Why do you think the communes didn´t work?

The world changed. In 1975 in our commune, you had a table full of people, and some guy would suggest paying rent according to income. And that guy would be the one earning the most money! But in the 1980s, the values of freedom and individualism were introduced, and it was the beginning of the end. And communes weren´t new or sexy. There might be another wave coming. Lots of youngsters my daughters´ ages are moving into apartments together. And the older generation who lived in communes are moving into communities together.

You´ve done a couple of English-language films, and you´re attached to direct a movie, written by Robert Rodat, about the Kursk Russian submarine disaster. But you keep coming back to Denmark. Why?

Tobias and I wanted to do The Hunt as an American movie. We pitched agents and they said, “Forget it. With that topic - child abuse - you won´t be able to raise a dime. Go back to your artistic subsidies in Europe.” And I´m so happy we did because it made it so real and pure.

I´m Danish. I guess I come from the soil here. I can do a film in a spaceship or, like with Kursk, a submarine, where the world is alien for everyone. But if it´s close to everyday life, I have to be careful. If I walk into a Copenhagen deli, I know everything on the shelves, I know something about the guy behind the counter. If I go to a New York deli, that´s foreign territory. And that familiarity is important when you make personal, truthful films.

So what will be your next homegrown movie?

Tobias and I are developing a movie about alcohol, a celebration of alcohol, a love letter. It´s an acknowledgment that when you start drinking, the conversation expands. World War II was won by a huge boozer, and some of the best literature on the planet was written by drunk people. Drinking on the one hand makes life grow. On the other hand, you die from it. But the story of how you die from it has been told many times. The film is a response to the very medical and chaste way of living that´s spreading like a disease.

Maybe I´ll call it Drunk. No, actually it doesn´t have a title. There´s a Danish one, but it´s untranslatable. We have a lot more words for drinking than you have in English.