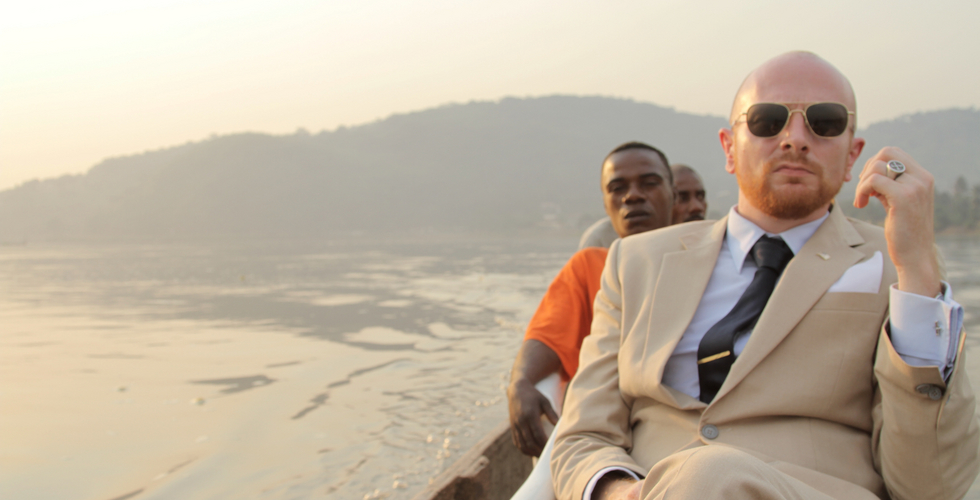 By Per Juul Carlsen / THE DANISH FILMINSTITUTE

In his Sundance winner "The Red Chapel", media prankster Mads BrÃ¼gger travelled to North Korea as a communist theatre director. Now, in "The Ambassador", he has abandoned his role-playing. Or has he? In the Central African Republic on a diplomatic passport, he tries to start up a match factory with a workforce of Pygmies. Per Juul Carlsen asks why.

Now, in "The Ambassador", the 38-year-old media prankster is "beyond role-playing", as he puts it. He is an actual diplomat on a mission to another extreme country, the Central African Republic. This civil-war-ravaged former French colony, BrÃ¼gger says, is a forgotten time pocket from 1970s Africa or, as he puts it in the film, "If Congo was the heart of darkness, the Central African Republic is the appendix." BrÃ¼gger travels around the country wearing long boots, sunglasses and a cigarette holder perpetually lodged between his lips. He's "the Man with the Yellow Hat gone bad," BrÃ¼gger says, referring to the character from the Curious George children's books.

"I found a link to a company on the Web that brokers diplomatic titles between Third World countries and crazy white men looking for a bit of panache and prestige. That seemed like a good jumping-off point for a film about Africa stripped of NGOs, sarongs, Bono, child soldiers and kids with bloated bellies, a film about the kind of people you never see in documentaries on Africa: white businessmen and the diplomats, the fat cats in the urban centres, all the people who are in Africa having a great time," he says.