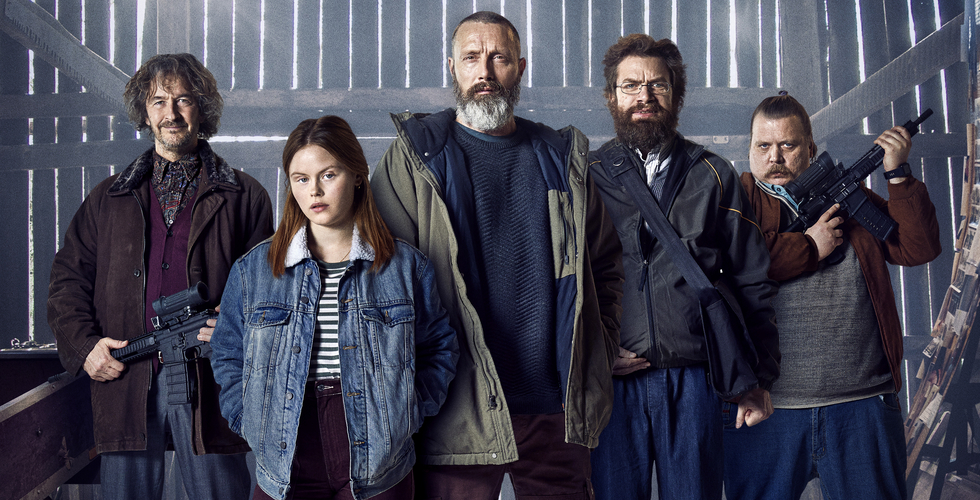 By The Hollywood Reporter / Borys Kit

Anders Thomas Jensen, who directed and co-wrote the 2020 hit, will write the new script with collaborator Nikolaj Arcel.

Justice rides again, but this time in English.

In a preemptive situation, Lionsgate has picked up the English-language adaptation rights to Riders of Justice, the Danish action-comedy hit that was directed by Anders Thomas Jensen.

21 Laps’ Shawn Levy, Dan Levine and Dan Cohen, who are coming off the successful release of the Levy-directed Free Guy, will produce the adaptation, which is bringing with it several key creative pieces from the original team. Jensen and Nikolaj Arcel, who co-wrote the 2020 movie, will write the English-language version.

The original film followed a recently deployed soldier who returns home to care for his teenage daughter after his wife is killed in a tragic train accident. But when a team of statistics experts claim foul play, the soldier embarks on a revenge-fueled mission, along with this eclectic group, to find those responsible.

Sisse Graum, who produced the original film through Zentropa with Sidsel Hybschmann, and Anders Kjaerhauge will executive produce. Zentropa made headlines when its Mads Mikkelsen drama Another Round, which won the Oscar for best foreign film earlier this year.

“There are few films that balance the action, emotion and dark humor that Anders did so successfully in Riders of Justice,” said Erin Westerman, Lionsgate’s president of production. “We’re confident that the movie will translate perfectly to English-language audiences as well.”

James Myers is overseeing for Lionsgate.

21 Laps’ Free Guy, which starred Ryan Reynolds, grossed over $330 million worldwide. The banner has several films in post, including The Adam Project, a sci-fi thriller for Netflix that reteams Levy with Reynolds; Crater, a coming-of-age thriller for Disney+; and Rosaline, a teen comedy for 20th Century Studios. The television side is just as busy, with Stranger Things season four in post and season two of Shadow & Bone gearing up for production.

Jensen, a three-time Oscar nominee, and Arcel are writing the limited series The Monster of Florence with Antonio Banderas set to star. Wildside and Studiocanal are producing.