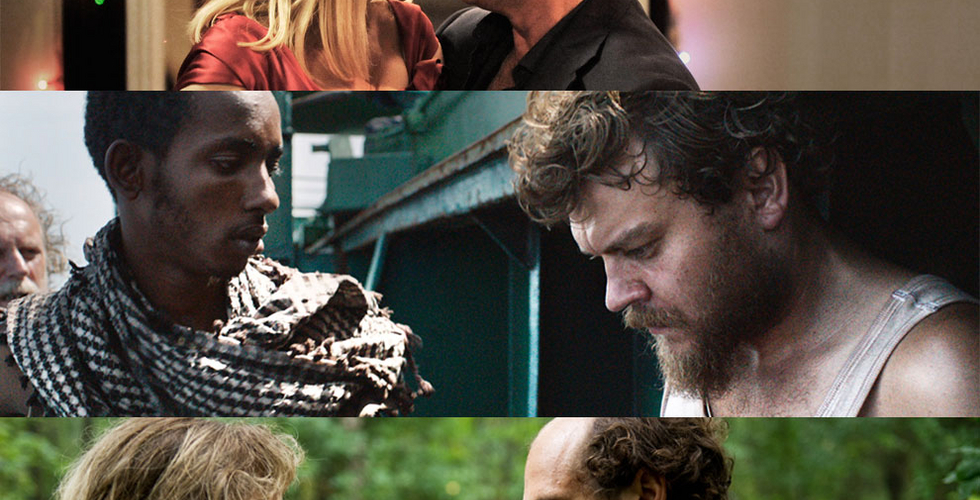 TrustNordisk is proud to announce that the Toronto International Film Festival has selected upcoming features from Susanne Bier, Tobias Lindholm and Sara Johnsen for this year´s festival.

Susanne Bier´s upcoming film LOVE IS ALL YOU NEED has been selected for Special Presentation in Toronto and Tobias Lindholm´s A HIJACKING and Sara Johnsen´s ALL THAT MATTERS IS PAST have been selected for Contemporary World Cinema.

LOVE IS ALL YOU NEED

LOVE IS ALL YOU NEED will have its North American premiere at the festival in September and marks Susanne Bier´s return to the Toronto International Film Festival. A number of her films have previously been selected for Toronto International Film Festival, including BROTHERS (2004) AFTER THE WEDDING (2005) and her latest feature, the Academy Award Â®-winning IN A BETTER WORLD (2010) which was also selected for the Special Presentation program back in 2010.

Starring Pierce Brosnan (DIE ANOTHER DAY, 2002, and MAMMA MIA!, 2008) and Trine Dyrholm (IN A BETTER WORLD), LOVE IS ALL YOU NEED tells a life-affirming story about how, just when you think it´s all over, it just might be about to begin.

Ida has had a rough year. She has recently been through chemotherapy and just found out that her husband is cheating on her with a beautiful blond from accounting. On the way to her daughter's wedding in Italy, Ida accidentally backs up into a car which belongs to Philip, a wealthy businessman and the father of her soon-to-be son-in-law. As the two families finally gather in a beautiful old Italian villa set in the middle of an idyllic lemon grove, everyone is expecting a romantic wedding planned down to the very last detail. They couldn't have been more wrong.

Through the years Susanne Bier has established herself as a director with an extraordinary ability to engage her audience. In 2007, her drama AFTER THE WEDDING was nominated for an Academy AwardÂ®, and in 2011 she took home the Academy AwardÂ® for Best Foreign Language Film for IN A BETTER WORLD.

In late July it was announced that LOVE IS ALL YOU NEED will have its world premiere at Venice International Film Festival. The film, which has been sold throughout the world, is set for domestic release on September 6th through local distributor Nordisk Film.

A HIJACKING will have its North American premiere at the Toronto International Film Festival and is director Tobias Lindholm´s second feature following the acclaimed prison drama R (2010) which won several awards both nationally and internationally. This time Lindholm turns his attention to a current topic - modern piracy at sea.

As a scriptwriter, Tobias Lindholm recently received international acclaim for his work on the TV-series BORGEN (2010) and as co-writer on Thomas Vinterberg´s SUBMARINO (2010) and Vinterberg´s Cannes competition title THE HUNT (2012).

A HIJACKING will have its World Premiere at Venice International Film Festival where it has been selected for the Orizzonti section. Domestic release is set for September 20th through local distributor Nordisk Film.

A HIJACKING is produced by Tomas Radoor and RenÃ© Ezra for Nordisk Film with support from The Danish Film Institute, Danish Broadcasting Corporation (DR) and Nordic Film and TV Fund.

ALL THAT MATTERS IS PAST

Selected for Contemporary World Cinema is also the Norwegian drama ALL THAT MATTERS IS PAST, directed by Sara Johnsen.

ALL THAT MATTERS IS PAST will have its world premiere in Toronto and is Johnsen´s third feature film following the award winning and critically acclaimed films KISSED BY WINTER (2005) and UPPERDOG (2009).

Sara Johnsen comes to Toronto with a drama about three people whose fates are inextricably linked. Starring Maria Bonnevie (RECONSTRUCTION, 2003), Kristoffer Joner (BABYCALL, 2011) and David Dencik (TINKER, TAILOR, SOLDIER, SPY, 2011, and A ROYAL AFFAIR, 2012), ALL THAT MATTERS IS PAST tells the story of Janne who meets William after many years of separation. She leaves her family to live with him in a cabin by the river and they recreate the feeling of love and lust that they had as children, being sweethearts playing in the woods. When a canoeist by coincidence finds Janne in the forest, she is extremely weak and two dead people lie beside her.

Sara Johnsen has proven to be one of the most talented filmmakers in Norway and a director to watch. As one of two directors, Johnsen recently received a production-funding package for three feature films from the Norwegian Film Institute. ALL THAT MATTERS IS PAST is the first feature film in this deal.

ALL THAT MATTERS IS PAST is produced by Turid Ã˜versveen from Norwegian production company 4Â½ Fiksjon with support from The Norwegian Film Institute,  Swedish Film Institute, Nordic Film & TV Fund and Eurimages.  Co-producers are BOB Film Sweden and Windelov/Lassen, Denmark. Domestic release is set for November 2nd 2012 through Nordisk Film.

For more information on the films, please click on the links below: