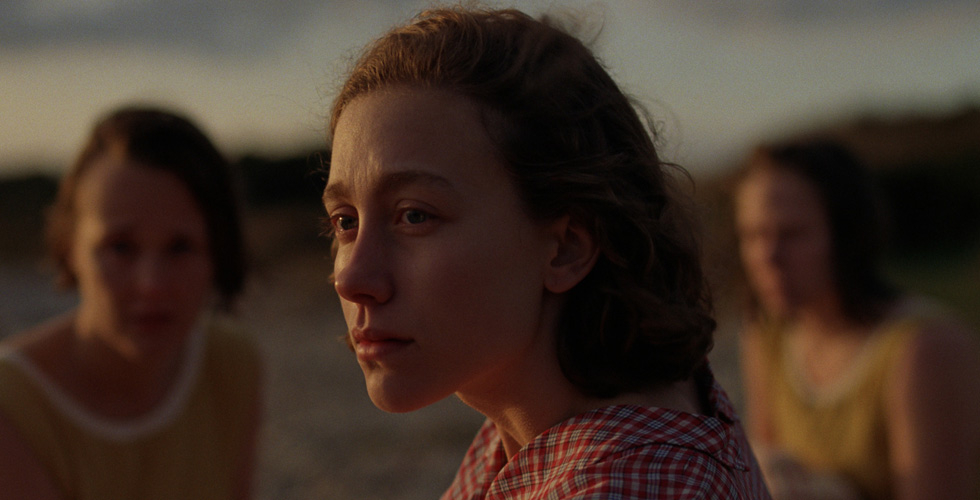 Anger courses through every scene of Unruly, the superb second feature from Danish director Malou Reymann (A Perfectly Normal Family). Inspired by actual events, this period drama focuses on an independent young woman in the 1930s sent away to an institution in order to be “cured” of her impudence, who quickly clashes with those in charge who seek to tame her. Anti-authoritarian landmarks such as One Flew Over The Cuckoo’s Nest are obvious antecedents, but the chillingly matter-of-fact tone gives this film its own special power, raging at a patriarchal society with eloquently controlled fury.

Unruly makes its mark by slowly establishing its characters and this specific world, and then repeatedly shocking us with the depths of casual cruelty meted out by those running the institution.

Premiering in Toronto’s Discovery section, Unruly is depressingly timely, and affecting performances from Emilie Kroyer Koppel as the imperilled protagonist and Jessica Dinnage as her adversarial roommate should further help garner attention. The picture’s surface similarities to everything from Cuckoo’s Nest to The Shawshank Redemption to Girl, Interrupted could make this an attractive acquisition title.

Reymann takes us to Copenhagen in 1933, where Maren (Kroyer Koppel) is a vivacious teen who loves to go dancing and, occasionally, hook up with a random cute boy. But after she misses several days of work, the state intervenes, deciding that her “immoral tendencies” require her to be taken away from her harried single mother (Nanna Schaumburg-Muller) and be placed in the care of Child Welfare Service. Soon, she is transported to Sprogo Women’s Institution, an island facility that’s essentially a picturesque penitentiary for “troubled women”, with very little hope of her ever being released unless she shows “improvement”.

Maren butts heads with Miss Nielsen (Lene Maria Christensen), the institution’s principal who expects her girls to behave “properly” – which means being utterly docile. (One of Maren’s fellow captives is given the highest compliment: “She is fit for work, kind and pleasant to be around.”) Understandably, Maren doesn’t think there’s anything wrong with her, but Miss Nielsen and supremely condescending psychiatrist Wildenskov (Anders Heinrichsen) will stop at nothing to break her spirit.

While that plot description suggests other individual-against-the-system prison pictures, Unruly makes its mark by slowly establishing its characters and this specific world, and then repeatedly shocking us with the depths of casual cruelty meted out by those running the institution. Despite occasional moments of high emotional intensity, Reymann resists leaning into the inherently (and arguably warranted) melodramatic elements of this story. Instead, Unruly is reserved, trusting the viewer will be suitably outraged on behalf of Maren and her cohorts. This nightmarish, inexplicable situation in which these young women have found themselves creates a sickening sense of claustrophobia: the island is lovingly photographed by Sverre Sordal, which only amplifies the queasy disconnect between the beautiful surroundings and Maren’s predicament.

Maren must also contend with Sorine (Dinnage), a tightly-wound resident who tells on the others when they step out of line, hoping that by currying favour with Miss Nielsen she’ll be allowed a brief getaway to reunite with someone important to her. The character is initially conceived to be a joyless busybody who resents Maren’s defiance and outgoing demeanour, but Unruly surprises us with some of the transformations in store for Sorine. Dinnage is marvellous at making Sorine unexpectedly sympathetic over the course of the picture.

Likewise, Maren is far from the stereotypical Randle McMurphy-style rabble-rouser, with Kroyer Koppel deftly expressing this woman’s growing dread about being trapped at the institution. It’s bad enough that Maren has lost her freedom — as Unruly unspools, she will learn that even more can be taken away from her. A plot twist about halfway through is handled sensitively by Reymann, and from that point on, Kroyer Koppel finds a new register for her shattered character, as does Dinnage.

A closing title card indicates that Unruly is dedicated to “the women who were put in the Sprogo Women’s Home from 1923-1961,” and while the film ends on what might be considered a hopeful note, Reymann seems to have no illusions about the way women remain policed by the patriarchy. There’s scant physical abuse heaped on the institution’s inmates, but the mental torture — filling them with shame about their bodies, forcing them to become silent and compliant — never stops, often delivered with patronising smiles from the likes of Wildenskov and Miss Nielsen. Maren’s great crime was wanting to enjoy her life; Unruly soberly details the price she paid.