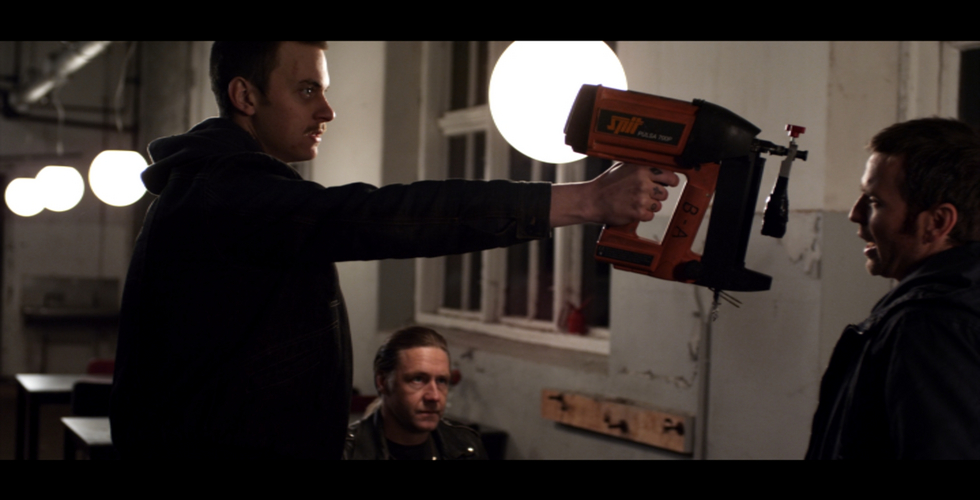 Scandinavian crime drama just goes from strength-to-strength, and this blissfully bloody and deliciously dark film based on a Jo Nesbo story should help reinforce the reputation. It is a savagely funny and brutally stylish pulp thriller that will impress fans of the genre.

Jackpot, which premiered at the Tribeca Film Festival, will work for fans of Tarantino at his pulp fiction best and likely be a strong draw for distributors who have seen the box office success of Morten Tyldum´s Headhunters (also a Nesbo adaptation) or appreciated the qualities of The Killing on television.

Much more down-and-dirty than the slick Headhunters, Jackpot revels in its violent and amusingly gory storyline, but will work for crime fiction fans as its flashback structure offers up twists and turns aplenty.

In a police interview room he reveals the twisted circumstances behind the incident, which is based around a soccer betting pool involving himself and ex-cons nasty Billy (Arthur Berning), doltish Thor (Mads Ousdal) and cheerful Dan (Andreas Cappelen). When the foursome win the jackpot it leads to spiraling violence as the bodies fall as they try and reduce the split.

From chopping up bodies and use of the handy wood chipper at the artificial Christmas tree factory where Oscar works, through to use of guns, knives and a nail-gun the body count rises. There are twists upon twists as Jackpot heads towards a thoroughly satisfying - and appropriately bloody - conclusion.

Director Magnus Martens has crafted an impressively complex comedy-thriller, shot with a deliciously dark sense of humour and brimming with perfectly pitched performances. Shot in smart widescreen that makes the most of the quirky Norwegian locations, the film is blessed with a wickedly clever script and a great soundtrack.