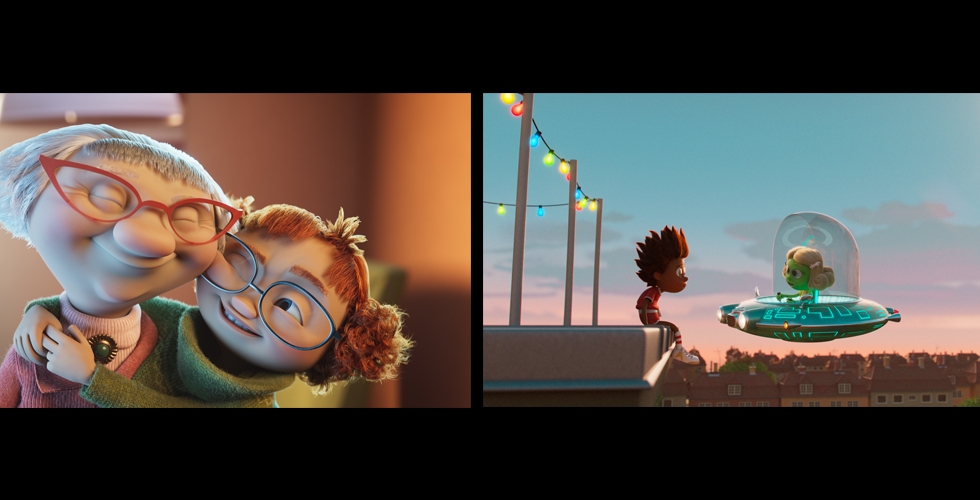 TrustNordisk has sold animated features Little Allan – The Human Antenna and Just Super to multiple territories on the eve of the Asian Contents & Film Market (ACFM).

South Korea’s Entermode has picked up Little Allan – The Human Antenna, which has also sold to Hungary (ADS Service), Benelux (In The Air) and the Middle East (Oceana Studios). It was previously acquired for France (KMBO), Albania and former Yugoslavia (Investacommerce), Poland (Vivarto) and the Baltics (Estin Film).

It marks Danish filmmaker Amalie Naesby Fick’s second feature following her commercially successful debut The Incredible Story of The Giant Pear, which premiered at the Berlinale in 2018. Little Allan – The Human Antenna received its world premiere at the Stuttgart International Festival of Animated Film in May and has since been released in Denmark and Sweden.

It follows an 11-year-old boy who is talked into acting as a human antenna for his old UFO-obsessed neighbour and encounters an alien girl, who is doing a school project about the human race. Written by Næsby Fick and Thomas Porsager, the film is produced by Trine Heidegaard and Thomas Heinesen for Nordisk Film Production in collaboration with Wil Film and Pop Up Production

Directed by animator Rasmus A. Sivertsen, whose Louis & Luca - Mission To The Moon played at the Berlinale in 2019, Just Super is produced by Scandinavian studio Qvisten Animation with producers Åshild Ramborg and Stian Tveiten. Initial character design was conducted by Carter Goodrich, whose credits include Coco and Despicable Me.

It follows an 11-year-old gaming enthusiast whose life is turned upside down when she is forced to replace her father as the town’s superhero much earlier than expected, teaming up with her grandmother in secret.