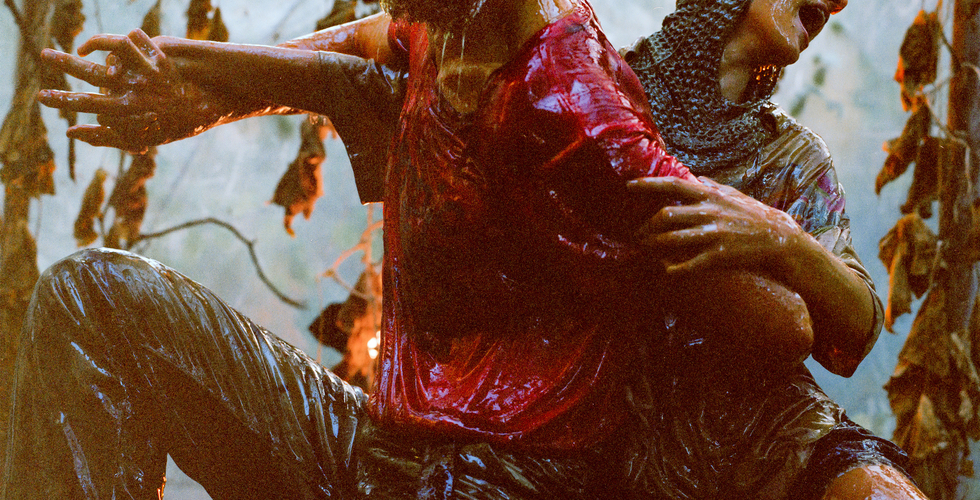 excited to announce that the upcoming Danish disturbing drama RESIN, a

co-production between Adomeit Film and Zentropa, has been officially selected

for Contemporary World Cinema at this year´s Toronto

International Film Festival (5-15 September 2019), where the feature will

have its world premiere.

With the new drama RESIN, about a family who has escaped the confinements

of modern society to live in symbiosis with nature, critically acclaimed

Riel, which was published in 2015 and received high appraisals among critics.

The book became an immediate success. In 2016, it was awarded a prestigious

With Borgman´s screen adaption of the book, RESIN has been predicted to

to have RESIN premiere in Toronto, which we find to be the perfect platform

this unique and poetic nightmare tale. We look very much forward to working

DEPARTMENT Q: A CONSPIRACY OF FAITH, 2016) who is cast as one of the lead

roles in the upcoming Ridley Scott series RAISED BY

One of the key topics in RESIN is the soulfulness

which was found in the stunningly beautiful landscape in Faaborg-Midtfyn

commune, where the film is shot with support from Film Fyn.

the forest with her simple-minded father Jens and her obese, bedridden mother

Here, even the smallest things have a soul, and the greatest meaning can be

in the journey of an ant into the sap of tree roots. What Liv doesn´t know,

that her parents have a dark secret; they have made the outside world believe

that she is dead in an attempt to escape society´s norms and demands.

curiosity however propels her to venture into the world, and suddenly, their

silent life is threatened by increasing interference from the

The film is produced by Katja Adomeit for

Vesth as executive producer. Financial support from the Danish Film

2. Nordic distribution to be handled by Nordisk Film Distribution.

The film will be released in local