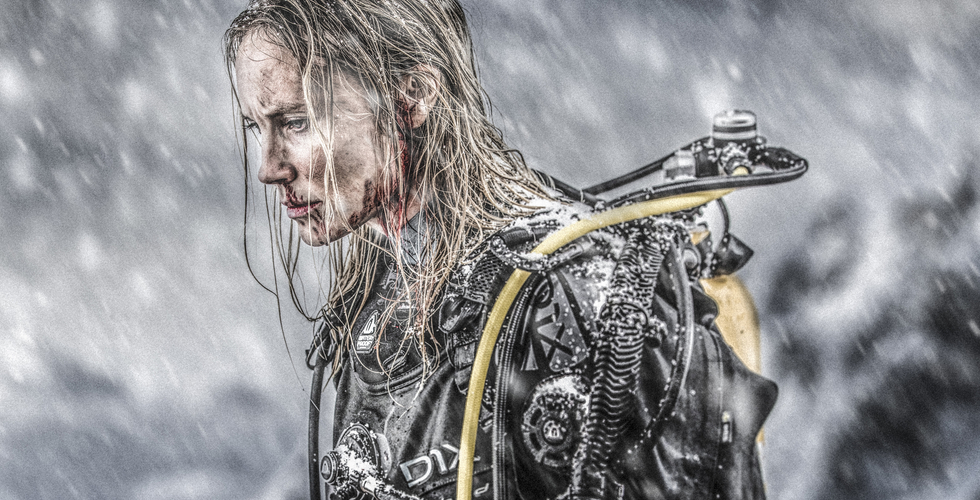 Music Box Films have picked up the US rights for Swedish suspense drama, BREAKING SURFACE.

The deal was negotiated between Brian Andreotti, Head of Acquisitions at Music Box Films and Managing Director at TrustNordisk, Susan Wendt. Music Box Films plans for a late 2020 release under their genre film label, Doppelgänger Releasing.

"We're looking forward to bringing BREAKING SURFACE to US audiences", said Brian Andreotti. "We were drawn to the film not only for its thrilling, on-the-edge-of your seat suspense, but also for its exploration of a nuanced, relatable relationship between two sisters."

Joachim Hedén directs Moa Gammel and Madeleine Martin in the story of Swedish/Norwegian half sisters who go on a winter diving trip in Northern Norway, when they get trapped after a rockslide.

The film was partially shot in Belgium at the world’s deepest water tank at “Lites Studio”, as well as on location in Sweden and Norway.

A few days after Christmas, Swedish/Norwegian half-sisters, Ida and Tuva, set out on a winter dive in a remote part of the Norwegian coastline. Towards the end of the dive, a rockslide traps Tuva under water. As Ida surfaces to call for help, she discovers that the rockslide has struck above water as well, burying their equipment, phones and car keys... they are completely cut off from any chance of outside rescue. As the frantic race for survival unfolds, Ida is put to the ultimate test of character and forcefulness. During Ida's fight to save Tuva, a fractured sisterhood is exposed, and when all seems lost, the stakes rise beyond simple survival.

To learn more about the film, please click here.

For US Press Information, contact Becky Schultz at bschultz@musicboxfilms.com