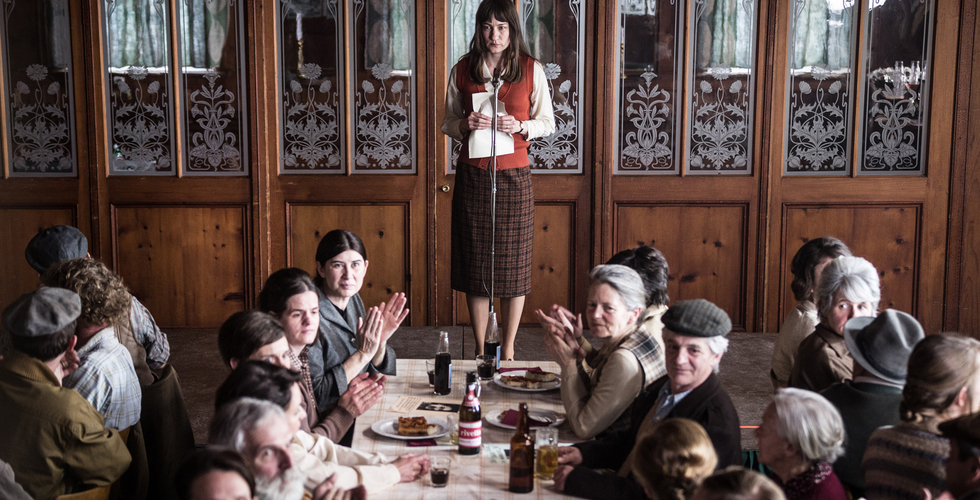 We are very happy to announce that we have picked up Swiss dramedy, THE DIVINE ORDER by director Petra Volpe.

THE DIVINE ORDER is a heartfelt and captivating story about the fight for equal rights for women in Switzerland in 1971. Volpe studied at film school in Germany, where she wrote and directed several prize winning short films. Her latest fiction film DREAMLAND (2013) screened at Busan International Film Festival and was nominated and awarded at the Swiss Film Awards in 2014. Latest, Volpe wrote the screenplay for HEIDI (2015) - the most successful Swiss film to date.

Head of Sales, Susan Wendt says: We are very excited to be representing The Divine Order, which is our first Swiss film and look very much forward to working together with Zodiac Pictures and Petra Volpe, a very talented writer and director to keep an eye on. The Divine Order takes you on an emotional tour from tears to anger, laughs to frustration. We are convinced that The Divine Order will have a great international life both within distribution and festivals and look forward to present it to international buyers.

THE DIVINE ORDER is the story about Nora, a young housewife and mother, living in a quaint little village with her husband and their two sons. The Swiss countryside is untouched by the major social upheavals the movement of 1968 has brought about. Nora´s life is not affected either; she is a quiet person who is liked by everybody - until she starts to publicly fight for women´s suffrage, which the men are due to vote on in a ballot on February 7, 1971.