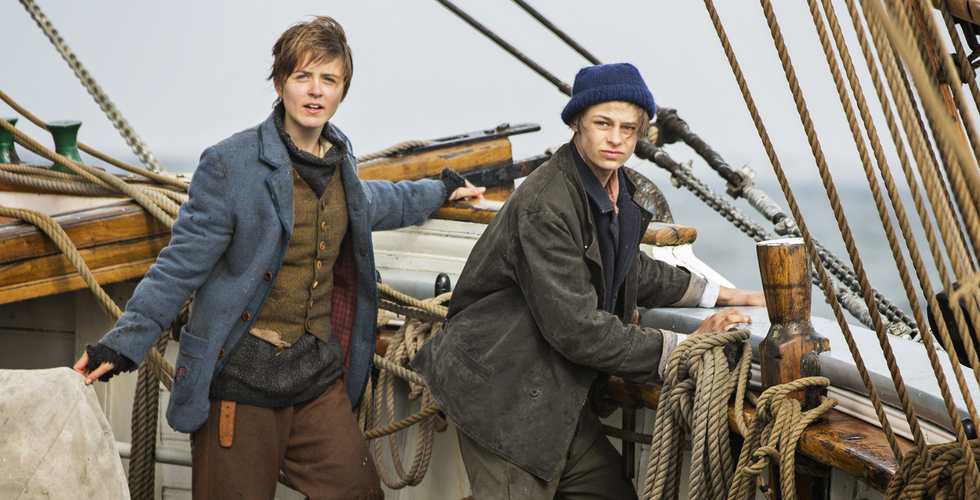 With MipCom 2017 only two weeks away, we are happy to announce our newest pick up, the Zentropa produced family adventure and mini-series, FINDING HOME written by Ina Bruhn, directed by Christian E. Christiansen (THE ROOMMATE, 2011; ON THE EDGE, 2014).

A tale about friendship, liberty, courage and family, taking viewers on a fascinating journey into a historic setting in 1899 Denmark. The series will consist of 4 episodes of approximately 40 minutes each.

Director Of International Sales & Marketing, Susan Wendt says: “We look very much forward to introducing FINDING HOME to buyers at this years MipCom. With Zentropa at the helm alongside director, Christian E. Christiansen and such a great cast, I am sure this will be a series with great international flair and potential.”

Shooting began in late September and will continue throughout November on various historical locations in Denmark, Norway and Iceland.

FINDING HOME tells the story of 15-year-old Marie and her two younger siblings who live in an orphanage. Their father is a sailor and has not been home for three years. Everyone except Marie thinks he is dead.

One day as Marie gets a clue that her father has been seen alive Marie flees the orphanage, cuts off her long hair disguises herself as a boy and embarks on a long and dramatic journey on the freight ship “Hope” to search for her father and reunite her family.

FINDING HOME is produced by Jonas Bagger with Louise Vesth as executive producer for Zentropa Group with TV 2 Denmark in co-production with FilmFyn, Film i VÃ¤st and Sallie, Garnder & Dom NV with support from Danish Film Institute´s Public Service Fund and the Tax Shelter of the federal government of Belgium and the Tax Shelter investors in collaboration with NRK, TV4 Sweden and C More.

The mini-series has been developed with support from the Creative Europe Programme of the European Union. TrustNordisk handles international sales.