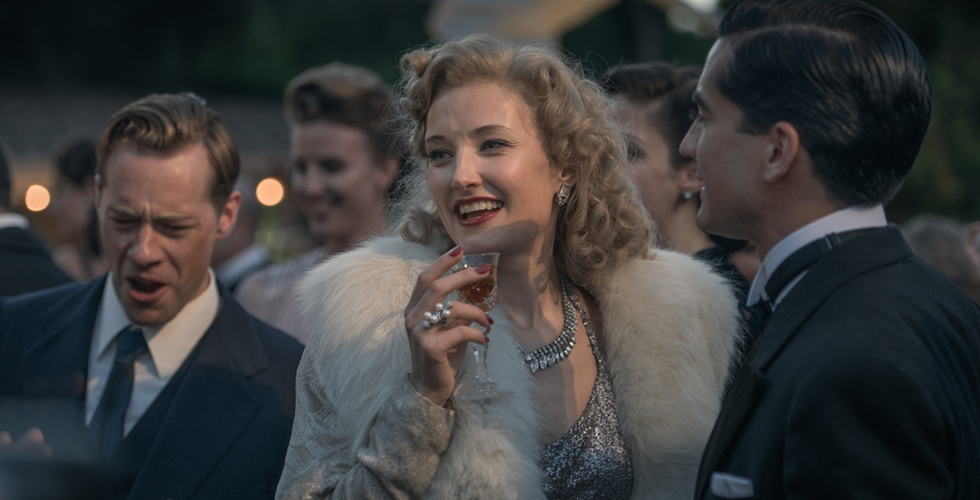 We are thrilled to announce that TrustNordisk will handle international sales for acclaimed director, Anne Sewitsky´s newest feature drama, SONJA - THE WHITE SWAN - telling the true story of one of the world´s greatest athletes and the inventor of modern figure skating, Sonja Henie.

Director Of International Sales & Marketing, Susan Wendt says: "We are very proud to be part of SONJA - THE WHITE SWAN and can´t wait to continue our great cooperation with Maipo and Anne Sewitzky with this fascinating story that both visually and storywise will take us on an extraordinary journey."

SONJA - THE WHITE SWAN stars Ine Marie Wilmann (HOMESICK, 2014; REPRISE, 2006) in the lead as Sonja who goes to Hollywood in 1936 to become a movie star. Her first film breaks the box office by selling the most tickets in the world in 1937. She becomes one of the richest women in her time, always surrounded by fans, lovers and family, never alone. As she gets older the spotlight is fading, but she refuses to quit. And it all collapses when she falls, drunk on the slushy ice, in Rio de Janeiro.

SONJA - THE WHITE SWAN is the story of a remarkable, iconic person who sacrificed everything to stay in the spotlight.

Anne Sewitsky´s debut feature HAPPY, HAPPY was selected for Sundance Film Festival in 2011 and took home the Grand Jury Prize. The film later became the official Norwegian entry for the Academy AwardsÂ® for Best Foreign Language Film in 2011 and was sold to more than 50 countries through TrustNordisk. Her third feature, HOMESICK (2014) celebrated its international premiere at Sundance Film Festival in the World Cinema Dramatic Competition and later screened at Toronto International Film Festival in the Contemporary World Cinema section.

SONJA - THE WHITE SWAN is produced by Synnøve Hørsdal and Cornelia Boysen for Maipo Film AS in co-production with Subotica Ltd (Ireland), Nordisk Film (Denmark) and Avanti Film (Sweden) with support from The Norwegian Film Institute, Creative Europe, The Irish Film Board, The Swedish Film Institute and Nordic Film & Tv Fund.