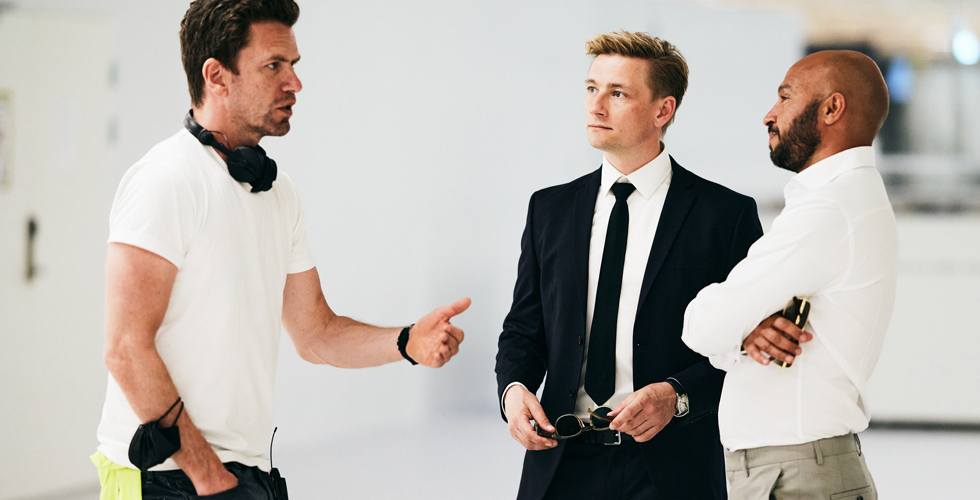 We are thrilled to announce that we will be handling the international sales rights of the upcoming Zentropa-produced dramedy series AGENT directed by Nikolaj Lie Kaas. The series, which will be a self-ironic story about an agent in the film and entertainment industry, has just started shooting and will star an exceptional Scandinavian cast with EFP 2017 Shooting Star Esben Smed in the lead.

The series is written and directed by talented director and well-established actor Nikolaj Lie Kaas, best known for his past roles in e.g. the Rotterdam-selected RIDERS OF JUSTICE (2020) and the Zentropa-produced DEPARTMENT Q franchise series, soon to be starring in Lars von Trier's third and final season of his cult series THE KINGDOM EXODUS (2022).

The series is being produced by one of Scandinavia's leading production houses Zentropa with the experienced producer Louise Vesth onboard (THE KINGDOM EXODUS, 2022; THE HOUSE THAT JACK BUILT, 2018; MELANCHOLIA, 2011).

Managing Director of TrustNordisk, Susan Wendt, comments on the acquisition:
'We are excited to represent this new project by Nikolaj Lie Kaas, who is known for mastering comedy and elevating the genre to new heights, and we look forward to collaborating with Zentropa on the series.'

Synopsis:
AGENT is a comedy series about Joe, a man who is desperately trying to keep his head above water. Joe is a 35-year-old agent for artists in the Danish entertainment industry whose dreams and ambitions extend far beyond national borders. Unfortunately, things do not always go according to Joe’s plans. In a constant effort to keep his personal problems from piling up, he does everything possible to help his clients. In the midst of the chaos that makes up Joe's life, his 10-year-old daughter longs for his attention.

The series is an intense, funny and touching story about a man with his heart in the right place but with the wrong priorities.

AGENT is produced by Zentropa for TV2 and is expected to release locally in 2023, with delivery in Q4 2023. The series has a budget of EUR 5.7M and will consist of eight episodes of approx 40 min each.