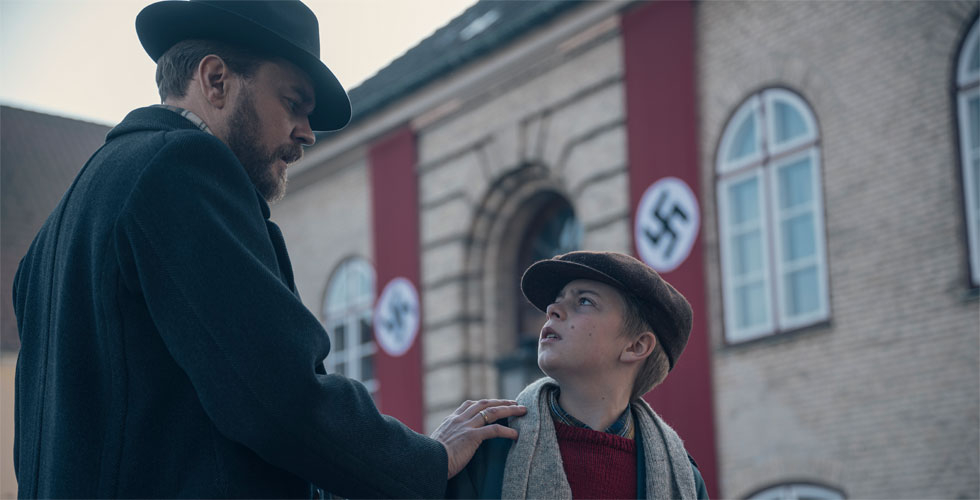 Copenhagen, 18 May 2022 – We are excited to announce that we have acquired international sales rights of the upcoming drama feature "BEFRIELSEN". The UK title is yet to be announced. The film has secured a stellar cast in the leading roles of Oscar-winning director Anders Walter's upcoming feature film.

The film is written and directed by Anders Walter, known for the Oscar-winning short film HELIUM (2013) and the Toronto Film Festival-nominated feature I KILL GIANTS (2017). The feature is produced by Nordisk Film Production in collaboration with Growing Studios.

Featuring renowned actor Pilou Asbæk
The film features a stellar cast in the lead roles including GAMES OF THRONES-star Pilou Asbæk whom in recent years has had significant roles in huge international films and TV series such as the HBO hit series GAMES OF THRONES (2016-19), the Paramount Pictures feature OVERLORD (2019), the BAFTA award-winning drama series BORGEN (2010-13), and now he is back at the helm of this major Danish title.  Along side Pilou, the feature stars Danish actress and actors; Katrine Greis-Rosenthal (A TASTE OF HUNGER, 2021; A FORTUNATE MAN, 2018), Ulrich Thomsen (THE MARCO EFFECT, 2021; BROTHERS, 2004, THE CELEBRATION, 1998) and Morten Hee Andersen (A MATTER OF TRUST, 2022; RIDE UPON THE STOM, 2017-18) as well as German actor Peter Kurth (INVENTING ANNA, 2022; BABYLON BERLIN, 2017: HERBERT, 2015).

Managing Director of TrustNordisk, Susan Wendt, comments on the acquisition:
‘We are excited to represent this deeply moving and nerve-wrecking drama that portrays the unimaginable dilemmas that people face in the wake of war. With the captivating story and talented team working both behind and in front of the cameras, we have high expectations for this project.’

Synopsis:
"BEFRIELSEN" is inspired by true events and depicts a dark chapter in the history of Denmark: The handling of the approximately 250,000 German refugees who came to Denmark right before the country’s liberation in the spring of 1945. When a Folk High School is turned into an internment camp for German refugees, the headmaster couple Jakob and Lis, and their children are thrust into an impossible situation. Should the family go against the Danes' anti-German sentiment and help the refugees - or stand firm in the resistance against the Germans?

The feature is a touching and nerve-wrecking drama about the final stages of the occupation and a nation under pressure.

The feature has a budget of EUR 4.1M and is expected to release locally on September 23, 2023.
English script available for interested buyers. TrustNordisk expects to show footage at AFM 2022.