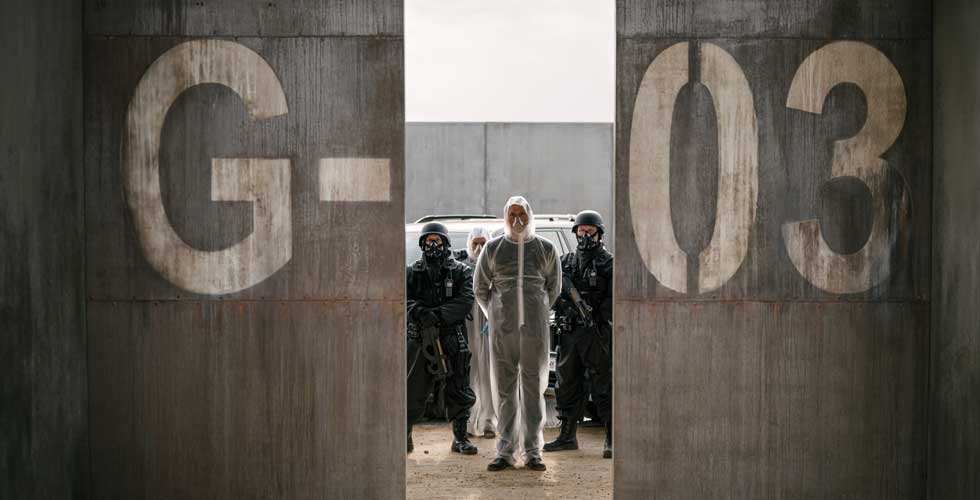 Copenhagen, 5 May 2022 – We are delighted to announce that we have boarded international sales rights of the upcoming Viaplay Original thriller series THE FORTRESS, currently shooting in Bergen, Norway.

The series is based on the idea of and scripted by Linn-Jeanethe Kyed and John Kåre Råke (THE WAVE, THE QUAKE) and is directed by conceptual directors Mikkel Brænne Sandemose, who is particularly known for his family adventure franchise THE ASH LAD, and Cecilie Askeland Mosli, who directed episodes of the Primetime Emmy and Golden Globe-winning drama series and smash hit GREY’S ANATOMY (2005-) and Emmy Award-winning drama series MAMMON (2014-16).
For this project, Sandemose once again teams up with the talented producers at Maipo Film, which also produced Canneseries-winning drama series STATE OF HAPPINESS (2018), Sundance-selected HOMESICK (2015) and Academy Award®-nominated and San Sebastian-winning ELLING (2001).

THE FORTRESS will dive into the fascinating stories of a radical, high-technological surveillance society in a near future as a result of society’s increasing xenophobia and general fear of terrorism. The story encircles a constructed, isolated society that excludes itself from all influences of the outside world. On the surface, an idyllic utopia, or is it? What happens when the otherwise isolated safe zone is attacked from inside?

Managing Director of TrustNordisk, Susan Wendt, comments on the acquisition:
‘We are excited to be representing this high-concept thriller series, full of tension and nerve, with a strong story and an interesting take on today’s societal and political issues. We are happy to be working with the talented Maipo team again and have high expectations for this project.’

The series will consist of 8 episodes of approx 45 minutes each.

Synopsis:
In the near future, Norway has chosen to sever all ties with the rest of the world. Surrounded by an enormous wall, the nation has become entirely self-sufficient. The fortunate inhabitants enjoy a life of well-being in safety. However, when there’s an outbreak of a fatal disease, they soon find themselves trapped behind the very wall that was built to protect them.

THE FORTRESS is written by John Kåre Raake and Linn-Jeanethe Kyed and directed by Cecilie A. Mosli and Mikkel B. Sandemose. The series is produced by Ales Ree and Synnøve Hørsdal for Maipo Film, and co-producers are Violeta Drazdauskė and Kęstutis Drazdauskas for ArtBox. Executive producers from Viaplay are Kari Moen Kristiansen and Tanya Nanette Badendyck. It has received production support from Media Creative Europe, the Norwegian Film Institute and Zefyr. THE FORTRESS is a Viaplay Original.

Expected broadcast on Viaplay in Spring 2023 with delivery set for Q2 2023.