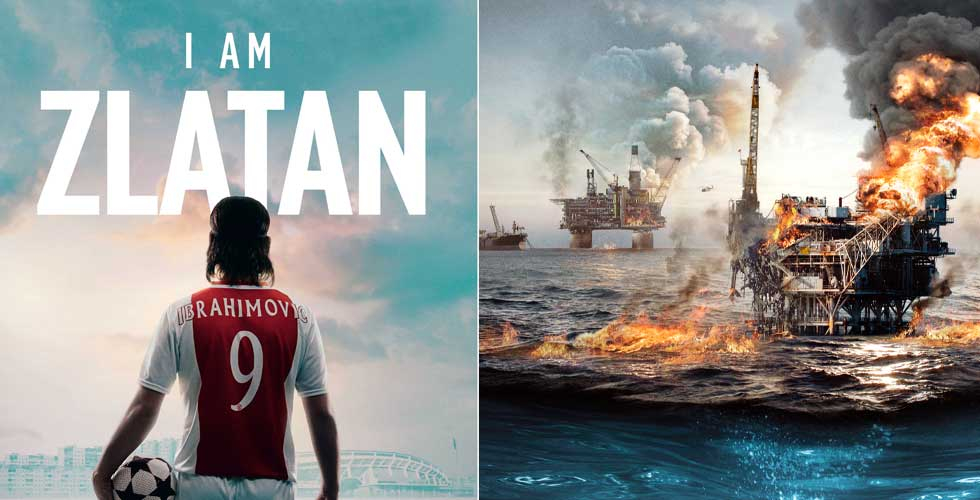 We are excited to announce that two TrustNordisk titles have been officially selected for Rome Film Festival 2021, Norwegian disaster film THE NORTH SEA by John Andreas Andersen and Swedish football drama I AM ZLATAN by Jens Sjögren.
Today, it has been announced that the two features THE NORTH SEA and I AM ZLATAN are officially selected for this year’s Rome Film Festival 2021. The festival will take place between 14-24 October 2021, and both films will thus have their international/world premiere in Rome.

Managing Director of TrustNordisk comments on the two selections:
‘We are beyond thrilled to have two features selected for this prestigious festival. THE NORTH SEA is a fantastic film within its genre which deserves a good platform like this, and for I AM ZLATAN, Italy has always played an important role in the life and career of Zlatan Ibrahimović why this festival could not be more suitable. Both films have already sold impressively in the industry, and we are excited that the films have made an impression festival-wise too.’

About THE NORTH SEA
The feature is directed by award-winning John Andreas Andersen and is Norway’s third and highly anticipated disaster film, following THE WAVE (2015) which became the highest grossing and most watched film of the year with more than 800,000 admissions sold in Norway, and its sequel THE QUAKE (2018), also directed by John Andreas Andersen, which turned out to be a smashing box office hit with the biggest opening weekend in 2018 and the most watched film of the year. TrustNordisk handled both films which were sold worldwide, including US rights to Magnolia Pictures.

THE NORTH SEA has a budget of EUR 6.5M and is scripted by Harald Rosenløw Eeg (THE WAVE, 2015; THE QUAKE, 2018) and Lars Gudmestad (HEADHUNTERS, 2011).
THE NORTH SEA is produced by Martin Sundland, Catrin Gundersen and Therese Bøhn from Fantefilm Fiksjon with production support from the Norwegian Film Institute. Nordic distribution through Nordisk Film.

The feature is set to release in Norwegian cinemas on 29 October 2021.
To learn more about the film, please visit our website.

About I AM ZLATAN
I AM ZLATAN is directed by Jens Sjögren and a biopic on the world-famous footballer Zlatan Ibrahimović. The script is written by David Lagercrantz and Jakob Beckman.
The feature is an adaptation of the successful autobiography ‘I Am Zlatan Ibrahimović’ by David Lagercrantz and Ibrahimović himself, which has been sold worldwide and translated into more than 30 languages. While the footballer is not appearing himself in the film, he is however very much involved.
The two actors playing Zlatan Ibrahimović are Dominic Bajraktari Andersson (playing age 11-13) and Granit Rushiti (playing age 17-23).

The film is produced by Frida Bargo, Mattias Nohrborg and Fredrik Heinig for BR•F and is a co-production with Nordisk Film, Unknown, Poeter och partner, Film i Skåne, Film I Väst, Nordsvensk, SVT and Kepler Film, with support from Svenska Filminstitutet, Nordisk Film & TV Fond and Kreativa Europa Media.

The film is expected to have its local release on 14 January 2022.
To learn more about the film and watch the official trailer, please visit our website.