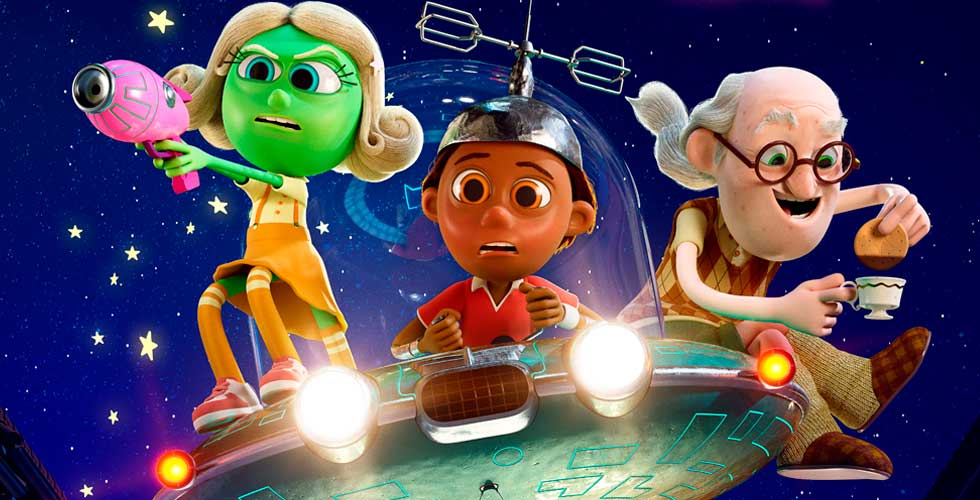 We are delighted to be able to share the wonderful news that our charming 3D-animated family feature LITTLE ALLAN – THE HUMAN ANTENNA by Amalie Næsby Fick has been selected for the 29th Stuttgart International Festival of Animated Film (ITFS). The film will also have its world premiere at the festival on 5 May 2022.

This is the second animated feature by Næsby Fick, with her first being THE INCREDIBLE STORY OF THE GIANT PEAR (2017), which was co-directed with Philip Einstein Lipski and Joergen Lerdam and selected for the Generation Kplus programme at Berlin International Film Festival. Næsby Fick is also known for her drama series SEX (2020), which was selected for Berlinale Series.

Behind the film are also producers Trine Heidegaard and Thomas Heinesen, both well-known for their producing roles on several local box office hits, including CHECKERED NINJA (2018), THE INCREDIBLE STORY OF THE GIANT PEAR (2017) and TERKEL IN TROUBLE (2004) as well as A FORTUNATE MAN (2018-2019) and A HORRIBLE WOMAN (2017), respectively.

Besides the film’s recent selection for this year’s Stuttgart International Festival of Animated Film, the feature has also attracted a lot of attention within the industry already, having sold to France (KMBO), Albania and Former Yugoslavia (Investacommerce), Poland (Vivarto) and Estonia, Lithuania and Latvia (Estin Film).

LITTLE ALLAN - THE HUMAN ANTENNA will have a market screening at the coming Marché du Film in Cannes, where buyers will be able to watch the feature.

Synopsis:
On an otherwise lonely summer vacation, the introverted Little Allan (11) is talked into acting as a human antenna for his old UFO-obsessed neighbor who thinks a huge invasion fleet from the outer space is on its way. But what they find is not exactly a huge invasion fleet. When the rickety antenna construction collapses, Little Allan is only barely saved by the alien girl Britney, who is doing a school project about the primitive human race.
Now Little Allan has to help her get home, while she becomes fascinated with this tiny example of the human species: Why does this boy keep saying that he is fine, even though his parents just got divorced, and he’s clearly not? Is that how all Little humans work?