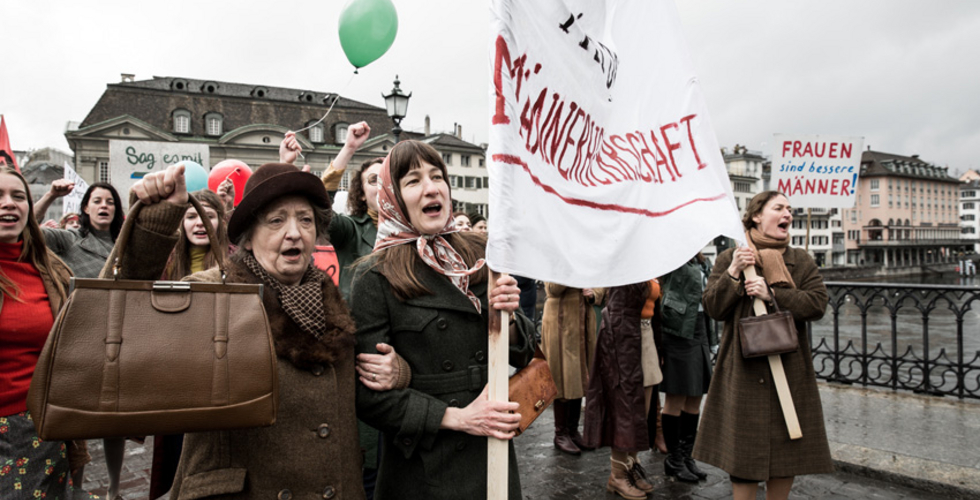 Five weeks have passed since Cannes and we are thrilled to be able to announce that the US rights for THE DIVINE ORDER have been co-acquired by Kino Lorber and Zeitgeist Films. The companies announced their alliance yesterday and stated that they expect to co-acquire four to five theatrical titles each year, with THE DIVINE ORDER being their first official co-aquisition.

Furthermore, we are very glad to announce sales for Italy (Merlino Distribuzione) and Denmark (Filmbazar).

Nancy Gerstman and Emily Russo, Co-Presidents at Zeitgeist Films state:"We couldn´t be more excited that THE DIVINE ORDER will be the first collaboration between Kino Lorber and Zeitgeist Films.  We were totally bowled over when we saw it at the Tribeca Film Festival this year, and not at all surprised when it won the Audience Award. It has everything that would entertain viewers-a compelling story, great acting and fine direction-and it´s sexy too”.

As mentioned by Nancy Gerstman and Emily Russo, the film premiered at this year´s Tribeca Film Festival, where it took home the Audience Narrative Award, the prestigious "Nora Ephron Prize" for director Petra Volpe and "Best Actress in an International Narrative Feature Film" for Marie Leuenberger.

The Tribeca jury characterized the film with "compassionate storytelling, beautiful cinematography, complex characterization of the female experience, seamless navigation of both drama and comedy".

Locally the film has been an equally great success, winning 3 mainprizes at the yearly Swiss Film Awards on March 25th for Best Script, Best Actress and Best Supporting Actor/Actress.

The film was released in Switzerland by Filmcoopi and is now at over 260.000 admissions.

THE DIVINE ORDER tells the heartfelt and captivating story about the fight for equal rights for women in Switzerland in 1971. It portrays Nora, a young housewife and mother, living in a quaint little village with her husband and their two sons. The Swiss countryside is untouched by the major social upheavals the movement of 1968 has brought about. Nora´s life is not affected either; she is a quiet person who is liked by everybody - until she starts to publicly fight for women´s suffrage, which the men are due to vote on in a ballot on February 7, 1971.