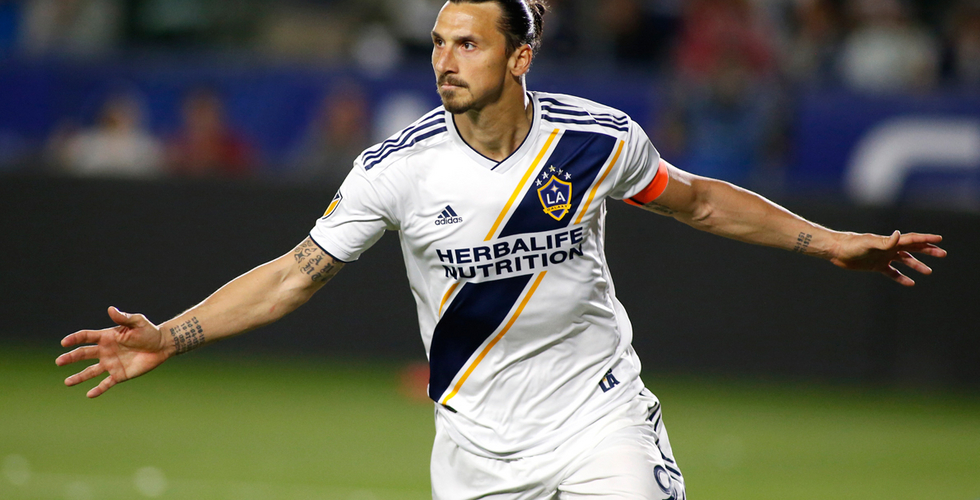 The biopic on world-renowned Swedish footballer Zlatan Ibrahimović, I AM ZLATAN, is on its way and plans to be completed in 2021. Produced by BRF it will be co-produced by Nordisk Film with TrustNordisk handling international sales. Jens Sjögren is attached to direct.

I AM ZLATAN is written by journalist and international bestselling author David Lagercrantz based on his classic Zlatan Ibrahimović autobiography that has been translated into more than 30 languages.

“Zlatan´s life is a remarkable story. It´s like the best from my childhood daydreams”, Lagercrantz explained.

Jens Sjögren (GOOD LUCK AND TAKE CARE OF EACH OTHER, BEFORE WE DIE (TV series)) will direct, and Zlatan Ibrahimović himself is very much involved.

“It feels very inspiring, touching but also scary to be part of this huge project”, Sjögren commented.

I AM ZLATAN is a coming-of-age story depicting Zlatan Ibrahimović´s upbringing in a rough Swedish suburb. Born to Balkan immigrants, football was Zlatan´s release in a tough environment where his remarkable talent and self-reliance catapulted him against all odds to the top of international football playing for clubs like Ajax Amsterdam, Juventus, Inter, Milan, Barcelona, Paris Saint-Germain and Manchester United.

With local release expected in fall 2021, shooting plans to take place in 2020 with casting and financing beginning in fall 2019, at which time the final script is also completed. The production is, among other, looking to cast two young acting talents who will depict Zlatan at age 11 and 16 respectively.

Mattias Nohrborg and Fredrik Heinig (X&Y, GENTLEMEN, BERGMAN - A YEAR IN A LIFE, GOLIAT) from BRF are producing I AM ZLATAN: “We are proud and happy to have reached this stage with this very special project and hope to get everything together within next year. We love the story of Zlatan and believe it could become a very special movie”, they said.

Lone Korslund, VP Acquisition and Co-production at Nordisk Film, added: “I AM ZLATAN is the first film out of a four-picture deal we have made with BRF, and we are excited to help bring this incredible story to the big screen. It is exactly what we are looking for in our Scandinavian film slate; strong and engaging films made by the best local talents and with the ability to have a powerful international impact.”