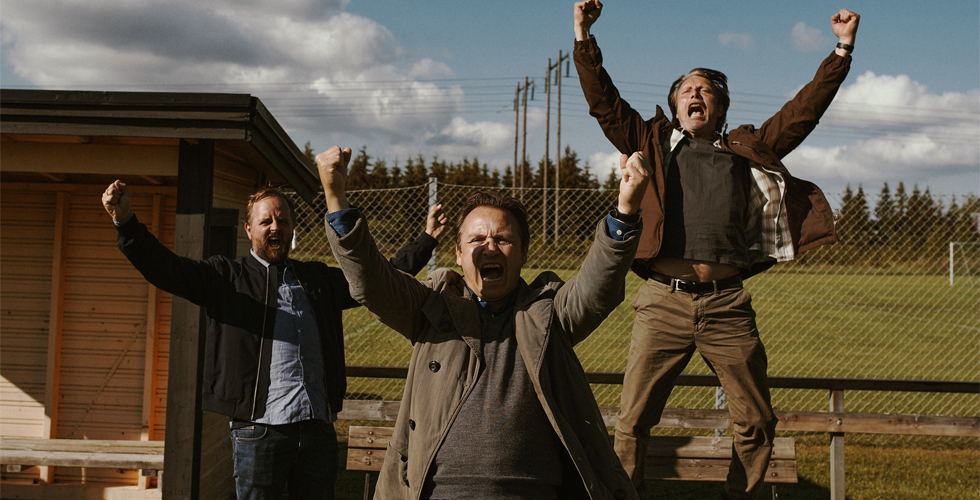 Denmark took home its fourth Oscar Best International Film thanks to Another Round, and first Best Editing award for the US film Sound of Metal.

Among the favourites in the International Film category, Vinterberg took home his first Oscar statuette on Sunday night at the 93rd Academy Awards ceremony in Los Angeles, after his previous attempt for The Hunt in 2014. “This is bigger than anything I could have imagined, apart from the fact that I have always imagined this, since I was 5 or something. I’ve been preparing speeches in train stations, at school, in the toilet and here I am - it’s real,” quipped the director from the glorious Art Deco stage of L.A.’s Union Station.

Thanking everyone involved in the film - including co-writer Tobias Lindholm, the cast and crew and Zentropa producers - the director reminded the audience that the film ‘about letting go of control in life” is also where he “lost control of his own [life], due to the tragic accidental loss of his daughter shortly after filming had started. “We ended up making this film for her as a monument…Ida it is a film for you,” he said.

Another Round is the fourth Danish Oscar for a Foreign language film after Susanne Bier's In a Better World in 2011, Bille August's Pelle the Conqueror in 1989 and Gabriel Axel's Babette's Feast in 1988.

The film is also a personal triumph for Zentropa producer Sisse Graum Jørgensen associated to Bier’s In a Better World and Oscar contender After the Wedding (2007), as well as the nominated films The Hunt and Nikolaj Arcel’s’ A Royal Affair' (2013). Another Round's ensemble drama was produced by Jørgensen and Kasper Dissing.

The film has had a glorious festival run since its first Cannes label 2020 accolade and is Vinterberg’s biggest theatrical success with more than 802,000 ticket sales in Denmark, a cinema run via Nordisk Film that was stopped in 2020 due to the pandemic.

Commenting on Another Round’s achievement, Claus Ladegaard, CEO at the Danish Film Institute said: “That this honour should fall to Thomas Vinterberg and the whole team at Zentropa is richly deserved. It’s impossible not to be proud of Danish film. This recognition is the product of a skilled and risk-taking film industry that wants to do more than just entertain. While Another Round most definitely is entertaining, its nuances and sensibility also move us. It makes us think and, not least, provides an occasion for important conversations. Big congratulations to everyone from the team behind Another Round.”

Meanwhile Mikkel E.G. Nielsen’s win for Best Editing for Darius Marder’s Sound of Metal produced for Amazon Prime, went down in history as the first ever Oscar statuette in that category for Scandinavia.

Coming up on stage after an introduction from Harrison Ford, Nielsen paid tribute to his fellow nominees and straight after to the Danish film support system. “I’m from Denmark,” he proudly mentioned. “I’d like to greet Denmark because they are extremely bold at funding the Danish Film School so we students can develop our craft and language for four years. That’s amazing, and this is what you get” he said, pointing at his Oscar trophy. “So just continue doing it,” he said.

Aarhus-born Nielsen who works on international and Danish productions, is associated among others to Cary Joji Fukunaga’s Beasts of No Nation and Nikolaj Arcel’s A Royal Affair for which he won a Robert award in 2004.