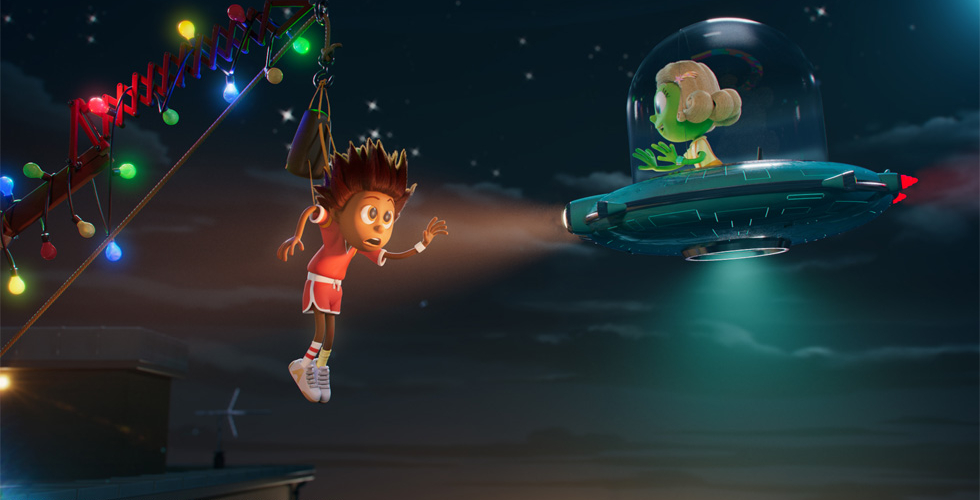 Sofie Torp, Jesper Christensen, Bodil Jørgensen, are some of the top actors attached to the 3D animation movie from The Incredible Story of the Giant Pear co-director Amalie Næsby Fick.

The family sci-fiLittle Allan-The Human Antenna is based on the popular Danish children’s book penned by actors/screenwriters Peter Frödin and Line Knutzon. Amalie Næsby Fick is directing from her own script, co-written with Thomas Porsager (The Marco Effect).

The central character Little Allan (11) has just moved into a block of flats with his father, following his parents’ imminent divorce. The summer holidays are long and lonely, for the introverted boy, until he accepts to act as a human antenna for his UFO-obsessed neighbour Helge. When the mind-reading alien Majken suddenly lands nearby, Allan unexpectedly develops a friendship with her. But a mad collector has seen Majken and is after her. Together with Helge, little Allan and Maijken must use all tricks to ensure that Majken doesn’t land in the collector's hands.

Næsby Fick said she immediately wanted to bring the story to the screens, when she first read Frödin and Knutzon’s book, while studying animation at the National Film School of Denmark. She said her vision is to stay true to the book’s tone and basic narrative, and to create a gripping story, while at the same time expressing what it’s like for a kid to experience a divorce and life uprooted. “The book is imbued with an absolutely wonderful humour and a fine poetry that is found everywhere in the smallest details and descriptions,” added Næsby Fick.

Nordisk Film will release the film in Danish cinemas February 3, 2022.