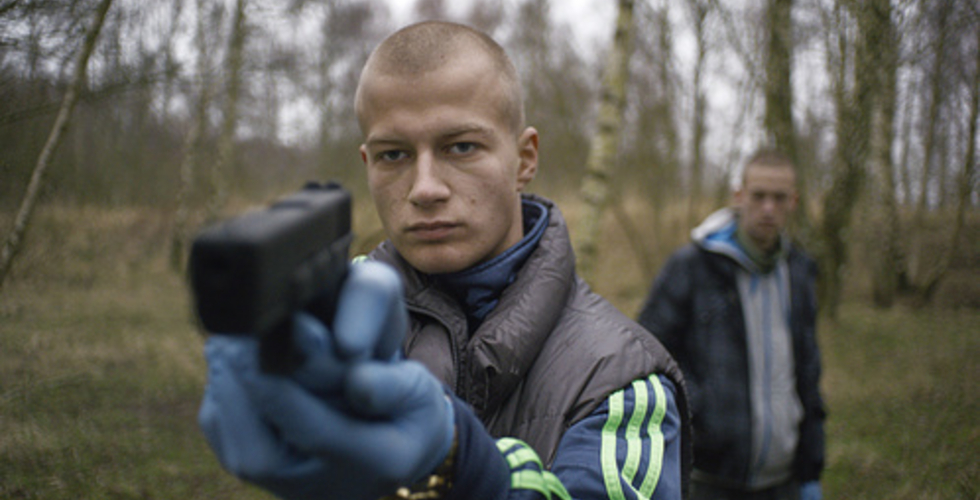 Michael Noer´s Northwest, which premieres at Rotterdam and Göteborg, explores life in a crime-ridden Copenhagen neighbourhood. The director tells Wendy Mitchell about the search for truth in his characters.

Michael Noer´s first fictional feature, the 2010 prison-set drama R (co-directed with Tobias Lindholm), was about the consequences of crime. His new feature, Northwest (Nordvest), delves further into the lifestyles that lead young men to offend.

“After having shot R with Tobias, I felt there was still a lot of stories and people within the crime milieu of Denmark which were interesting. We touched on people being in prison but we very soon found out it was interesting to describe how young people are attracted to crime,” the Copenhagen-based director tells Screen. “It was also a duality with my own life - I haven´t had anything to do with crime, but I´ve had a lot to do with trying to find a foothold in my life, trying to find something to identify with, trying to find somewhere to belong. I might as well have made a film about a 17-year-old boy from the countryside, where I´m from, trying to find somewhere to belong.”

Northwest is set in the titular impoverished neighbourhood in Copenhagen. The story is about an 18-year-old boy who engages in petty offences until more serious organised crime draws him and his younger brother into increasingly dangerous situations.

The film is a joint world premiere in the International Film Festival Rotterdam´s Bright Future programme and in the Nordic film competition of Göteborg International Film Festival. Göteborg artistic director Marit Kapla has praised the film for its “astonishing authenticity” and says the film-maker “transforms the tensions onscreen to an almost physical experience for the audience”.

The film is not a slick, glamorous gangster story. Nor is it full of blood. Noer says his approach is more to “register” something authentic. “We tried to make this as real as possible,” he says.

That aim builds on his background working on documentaries. He graduated from The National Film School of Denmark´s documentary programme in 2003 and made feature documentaries including 2007´s Vesterbro and 2008´s The Wild Hearts.

“I will always look at myself as a documentarian,” Noer says. “The scenes that really work for me are when I only have to register - I can sit by the monitor and see what they come up with. And of course it´s very much based on research and confidence and having an intimacy with people in front of the camera.”

Noer worked on the film for more than two years before shooting. “I spent one-and-a-half years getting to know these people and getting to know where we were shooting,” he says. “It was a very good development, listening to people makes you grow as a human.”

By researching and shooting in the area that inspired the film, he was able to get closer to the situations faced by the type of young men he was trying to bring to life on screen. “[A sense of] reality is very much caused by the conditions in which people are in,” he adds.

Noer co-wrote the script with Rasmus Heisterberg, who wrote the Oscar-nominated A Royal Affair. “[Rasmus] thought it would be interesting to work within the realms of what I do and I thought it would be great to have someone to structure it more. And Rasmus is like me, he´s a listener. We went out and listened to a lot of people. Some of them made it into the film and some didn´t but we can say their shadows are in the film.”

The central characters of the two brothers are inspired by two real brothers, involved in lives of crime, who Noer met. They became integral to the process. “They were like consultants for the film, and we even shot scenes in their apartment.”

The directors and actors also slept there during production. “We copied a lot of their own story and psychology. It gave a great energy to the film that we stayed in the apartment... When the door rang, you didn´t know if they were looking for the real brothers or the fake brothers. That was great. When we woke up in the morning, the crew came, I just got up; there was not much glamour.”

The connection to real life was extended by casting two non-professional actors who are real-life brothers in the leads: Gustav Dyekjaer Giese and Oscar Dyekjaer Giese. “They know each other so well, and you can see it on camera. They have this magic, kinetic way of understanding each other,” Noer says. The cast also features Roland Moller, Lene Maria Christensen and Scottish-Danish rapper Nicholas Westwood Kidd.

Having that bond between the actors also aided Noer´s style of shooting, which is to have some scenes planned intricately while others are left open for improvisation. “It´s a 50-50 thing, with some plot things more planned and then some things which are absolutely not planned. I think it´s important to shoot scenes that have absolutely no planning at all.”
He shot the project digitally, which he says is his preferred way of working. “I would hate asking someone to speed up their way of moving because you are running out of film stock. In many ways you can say I´ve grown up with VHS and videos. It´s a natural way of working; I´ve never filmed anything on film. The way of just shooting and shooting is very natural for me and for my editor [Adam Nielsen].”

Magnus Nordenhof Jonck served as cinematographer. “We didn´t spend much time on lighting. It´s inspired by the whole Dogme style of production. I think that´s coming back in Denmark but in a totally different way.”

Shooting in the mean-ish streets of Copenhagen was also different to filming in the confines of a prison, as with R. The film shot for six-and-a-half weeks on a budget of about $2.8m (â‚¬2.1m).

Producers are Nordisk Film Production´s Tomas Radoor and RenÃ© Ezra, who worked on R and A Hijacking; supporters also include the Danish Broadcasting Corporation and the Danish Film Institute. Nordisk will release locally in April, and TrustNordisk handles international sales.

Noer is the rare director who says originality might not be the most crucial thing about the stories he tells. “I really want to make an honest film... We were trying not to be afraid of not being too original. They have a gun, they have a scooter - there´s nothing new in that. It´s not about doing something new, it´s about doing something real.
“For me, it´s not, â€˜Oh, another film about crime.´ It´s another perspective of manhood.”

His next film will not be about men or crime, he says. “It is more about women and no guns,” he says with a laugh. “But I will be making it in the same way.”