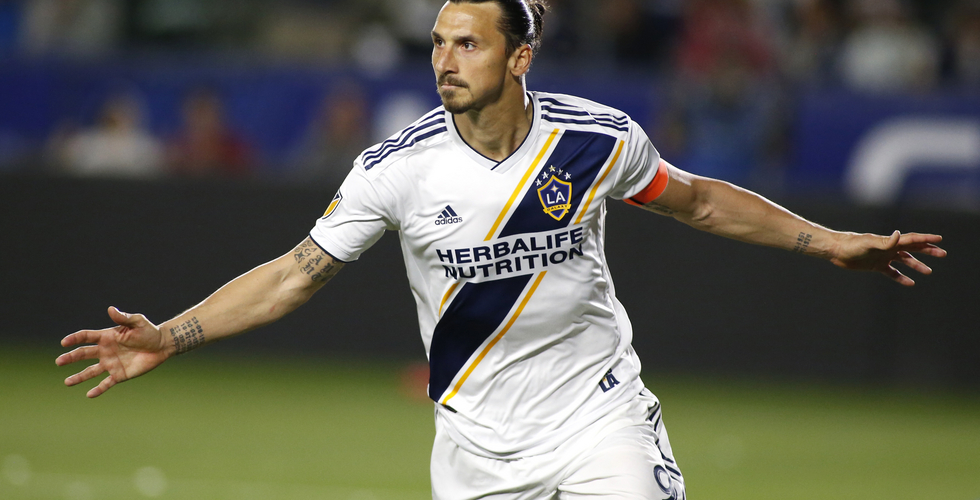 Italian distributor Lucky Red has secured the rights in Italy for I AM ZLATAN; the upcoming biopic on the world-famous footballer Zlatan Ibrahimović.

The deal was made between Lucky Red’s Head of Acquisitions, Stefano Massenzi, and Executive Sales Manager at TrustNordisk, Nicolai Korsgaard.

CEO of Lucky Red, Andrea Occhipinti, is thrilled to have secured the Italian rights for the film as he sees great potential in the story of Zlatan Ibrahimović:

"Ibrahimovic is much more than a footballer: He is a natural leader, a legendary icon, a way of being that belongs only to him and cannot be imitated. The story of this contemporary legend, who has found in Italy his highest sanctioning, could only become a great story for cinema".

The feature is an adaptation of the successful autobiography ‘I Am Zlatan Ibrahimović’ by David Lagercrantz and Ibrahimović himself, which has been sold worldwide and translated into more than 30 languages. Together with Jakob Beckman, Lagercrantz has also written the script to the film that tells a gripping tale of the cocky little kid from a rough Swedish suburb who became one of the best football players in the world.

At the age of 39, Zlatan is still highly active - and successful - on the football field. Currently, he plays in AC Milan, an Italian football club considered to be among the best in the world.

Italy has always played an important role in the life and career of Zlatan Ibrahimović, which is why Executive Sales Manager, Nicolai Korsgaard, is excited to have found the right partner to launch the film in Italy:

“Having Lucky Red as a strong partner to release I Am Zlatan in Italy makes me very happy and confident because they are so dedicated and passionate about the story and icon Zlatan Ibrahimović - and Italy is a very important territory, being the second home of the football legend.”

In addition to the Italy sale, the film has already been sold to Russia, Ukraine and Kazakhstan (Capella Film), Estonia, Lithuania and Latvia (Estin Film) and Albania, Slovenia, Croatia, Serbia, Montenegro, Bosnia and Herzegovina, Kosovo, and Macedonia (Cinemania Group).

B-Reel Film is producing (X&Y, GENTLEMEN, BERGMAN – A YEAR IN A LIFE, GOLIAT) and Jens Sjögren (GOOD LUCK AND TAKE CARE OF EACH OTHER, BEFORE WE DIE (TV series)) will direct.

The two actors playing Zlatan Ibrahimović are Dominic Bajraktari Andersson (playing age 11-13) and Granit Rushiti (playing age 17-23). The rest of the cast is yet to be announced.

With a budget of EUR 5 M, the film is produced by Frida Bargo, Mattias Nohrborg and Fredrik Heinig for BRF in cooperation with Nordisk Film. It is a co-production with Unknown, Film i Skåne, Film I Väst, Nordsvensk and SVT.

Local release is set for Autumn 2021.