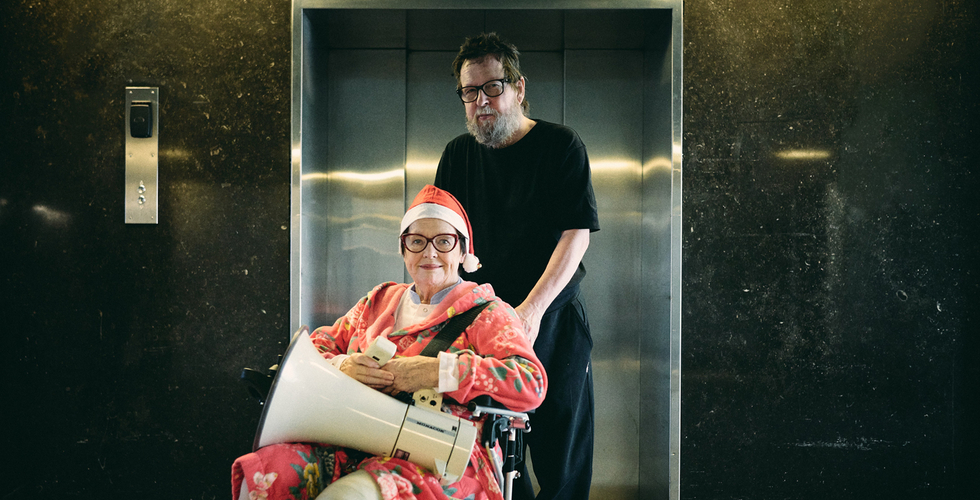 Several members of the original cast in Lars von Trier’s groundbreaking hospital series THE KINGDOM will return for the third and final season. Shooting will take place on location and in a studio until the end of summer.

We are pleased to announce that Zentropa, NENT and DR are now ready to present the first range of actors to star in the irrevocably final season of the legendary series THE KINGDOM about the good and the evil at Copenhagen’s leading hospital, also known as The Kingdom.

Lars von Trier always intended that the series should consist of three seasons and with the final season, the story of The Kingdom will soon be complete.

The Danish heavyweights Bodil Jørgensen, Ghita Nørby, Nicolas Bro, Peter Mygind and Søren Pilmark are the first out of many major names to be announced from the cast in the third season.

As the list of characters in THE KINGDOM EXODUS is very extensive, the full cast will be announced continuously over the coming months.

Old and new acquaintances in the third and final season

One of Denmark’s most well-respected actresses Ghita Nørby (MEMORIES OF A MARRIAGE (WALTZING REGITZE), 1989; SILENT HEART, 2014) will return in the role as the anesthesiologist Rigmor Mortensen, who is now a patient in the hospital she once ruled fearlessly. Much has happened over the years and Rigmor now spends her time haunting the hospital elevators.

Over the course of her impressive career, Nørby has won more than 20 awards for her various performances.

The audience can also look forward to a reunion with actors Peter Mygind and Søren Pilmark.

Mygind had his breakthrough in the first season of THE KINGDOM as the spoiled and self-absorbed medical student Mogge and has since starred in numerous series and films, including the internationally renowned political series BORGEN (2010-2013) and Paul Feig's LAST CHRISTMAS (2019).

Pilmark, known for his roles in FLICKERING LIGHTS (2000), KON-TIKI (2012), DOWNSIZING (2017) and the Department Q-franchise, is returning in role as the cynical resident doctor Krogsgaard, nicknamed ‘The Hook’.

Among the new additions to the cast list is actress Bodil Jørgensen, who will take on one of the leading roles as the sleepwalker Karen. Jørgensen also played the lead role in Lars von Trier’s Dogme 95 film THE IDIOTS (1998) and is known for THE GREEN BUTCHERS (2003) and Susanne Bier’s Oscar-winning feature IN A BETTER WORLD (2010), to name a few.

Nicolas Bro (RIDERS OF JUSTICE, 2020; A TASTE OF HUNGER, 2021) is also new to the cast and will play the role as the hospital porter Balder. At the hospital they call him Buller, named after the character Bulder from the first two seasons.

Synopsis
Heavily influenced by the ghostly series THE KINGDOM, the sleepwalker Karen seeks answers to the unresolved questions of the series in order to save the hospital from doom. Sound asleep one night, Karen wanders into the darkness and inexplicably ends up in front of the hospital. The gate to the Kingdom is opening…

With THE KINGDOM EXODUS, Lars von Trier continues and finishes his internationally acclaimed 1990s cult series-classic: The ghost stories about the hospital built on top of the old bleaching ponds in Copenhagen, where evil has taken roots and the medical science faces a daily struggle with itself, where the Swedes curse the Danes and the mysterious and inexplicable blend together in a mixture of horror and humor.

Lars von Trier has written the script in collaboration with Niels Vørsel, with whom he also wrote the previous seasons. Louise Vesth is producing for Zentropa Entertainments.

In connection with the production of THE KINGDOM EXODUS, season I & II has undergone a thorough restoration, enabling all three seasons to be launched as a whole in the highest possible quality for both old and new fans.

THE KINGDOM EXODUS will consist of five episodes with an approximate duration of 60 minutes each and is expected to premiere in 2022.

LARS VON TRIER’S ”THE KINGDOM EXODUS” is presented by VIAPLAY and DR. Produced by ZENTROPA ENTERTAINMENTS in co-production with FILM I VÄST, ZENTROPA SWEDEN and GINGER PICTURES. With support from NORDISK FILM & TV FOND and tax shelter provided by BNP PARIBAS FORTIS FILM FINANCE and developed with the support of THE CREATIVE EUROPE MEDIA PROGRAMME OF THE EUROPEAN UNION. International sales TRUSTNORDISK.