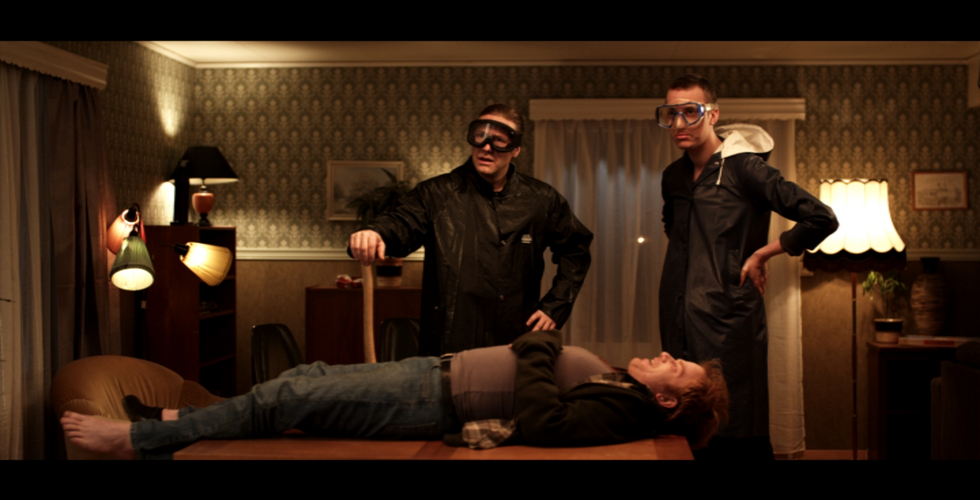 HEADHUNTERS is not the only Norwegian film winning the critic´s hearts in the United States these days.

Based on an original story by bestseller author Jo Nesbø, directed by Magnus Martens and with a memento to Tarantino´s absurd universe, action-comedy JACKPOT premiered internationally at the New York-based Tribeca Film Festival (TFF), where it screened in the crowd-pleasing Cinemania section - and pleased not only the crowd, but also the critics:

Scandinavian crime drama just goes from strength-to-strength, and this blissfully bloody and deliciously dark film based on a Jo Nesbø story should help reinforce the reputation. It is a savagely funny and brutally stylish pulp thriller that will impress fans of the genre.
Screen International

Lovers of Scandi crimers are in luck: (...) Tightly scripted by helmer Magnus Martens, this blackly comic, pulpy caper unspools at a rollicking pace, with multiple homages revealing his keen knowledge of genre. JACKPOT pays out as entertaining fare for cinephiles and the average Joe not averse to well-contextualized gore, and should appeal to savvy distributors.
Variety

Though likely to attract remake-rights attention, the pic's success with such worn-out tropes would be tough to replicate, especially considering how much entertainment value comes via idiosyncratic performances from its Norwegian cast.
The Hollywood Reporter

It would be very easy to botch this material with bad pacing or an incorrect tone and so Martens deserves most of the credit for taking a film about people murdering each other horribly out of greed and making it engaging and hilarious.
Sound and Sight

If you are hooked on THE GIRL WITH THE DRAGON TATOO, you'll love the wave of film adaptations of Edgar-award winning Norwegian novelist Jo Nesbø coming your way.  In this darkly comic thriller, a man awakens in a strip club, clutching a shotgun and surrounded by eight corpses - and a detective. How did he get there? Think "The Hangover," but as a Scandinavian thriller.
The Reel Breakdown

Director Magnus Martens about the trip overseas: "I'm overwhelmed with how well JACKPOT was received at Tribeca! It was a truly fantastic experience watching the film together with an American audience, who appreciated the film in a way that I hoped for, but didn't expect or take for granted."