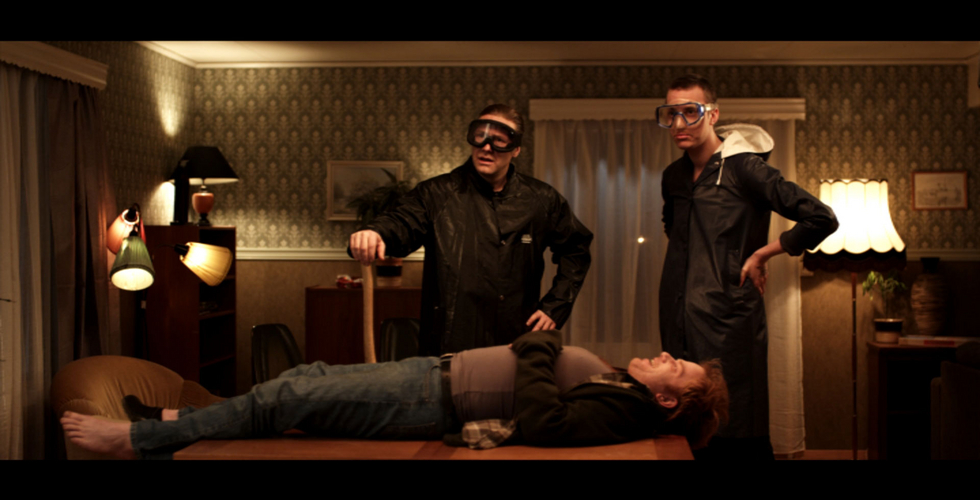 JACKPOT has been officially selected by the New York-based Tribeca Film Festival (TFF).
Based on an original story by bestseller author Jo Nesbø, directed by Magnus Martens and with a memento to Tarantino´s absurd universe, action-comedy JACKPOT was snatched by UK (Metrodome) and Germany (NFP) during Berlinale´s EFM this year, where it celebrated its Market Premiere. The film has also been purchased by Poland (Vivarto) and Estonia (Estin Film).

Producers are Are Heidenstrøm and Martin Sundland from Fantefilm Fiksjon, who is behind the popular horror-thriller trilogy COLD PREY, which has been sold to over 30 countries, and who is currently in postproduction with epic action-adventure ESCAPE, also a favourite with the distributors already.

JACKPOT will screen in the crowd-pleasing Cinemania section, which in their own words ”tempt audience to experience the most exciting genre films from all corners of the globe.”

“With Cinemania, our selections demonstrate the imagination and resourcefulness of filmmakers from around the world who push the boundaries of genre in order to entertain, thrill, and engage,” said FrÃ©dÃ©ric Boyer, newly appointed Artistic Director of the Tribeca Film Festival.

The 2012 film slate was chosen from a total of 5950 submissions, a record number for the festival.