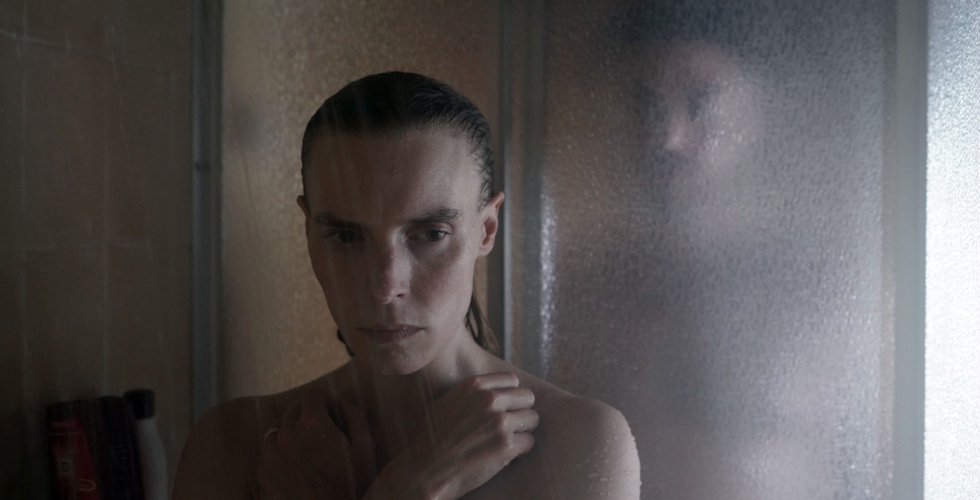 There are some horror films that rattle you to the core, that make you scream and cover your eyes, your heart beating out of your chest until you feel faint and slightly nauseous. And there are some that sink deep into your bones and stay there, unsettling your psyche and coloring nearly every subsequent event you experience with an overpowering sense of dread. “Speak No Evil,” the latest film from Danish director Christian Tafdrup, is both of these, a masterly work of sadistic and painstakingly drawn-out social horror that sits with you long afterward, like the dull ache from a deeply lodged splinter.

It almost feels wrong to recommend this film to others — why would I inflict this inhumane experience on someone else? I’ll leave audiences with a warning, one that should lure in the kind of viewer who sees the value in the brilliant brutality of such a work. And for those willing to take the plunge, the pay-off is enormous: “Speak No Evil” is the most cunningly depraved horror film in years, offering a piercing commentary on the ways we accommodate others to the point of self-subjugation.

With that cautionary note out of the way, let’s wade in. On its surface, “Speak No Evil” feels like your average domestic dramedy, displaying influences from other caustic social satirists like Ruben Östlund and Maren Ade, who toy with established ideas of manhood and manners in our overly civil society. Louise, Bjørn, and their daughter Agnes are a Danish family on vacation in Tuscany, where they meet Dutch travelers Patrick, Karin, and their son Abel, a shy boy who doesn’t speak.

Bjørn is drawn to Patrick’s forthright, gregarious nature: portrayed with an almost animalistic sense of enthusiasm by Fedja van Huêt, he is not afraid to speak his mind, or ask for what he wants, even if it inconveniences others. They first meet when he asks Bjørn to borrow a chaise lounge by the pool. “Sure,” Bjørn utters, a polite smile on his face as he moves Agnes’ things off the chair. We later realize that Patrick is testing Bjørn, seeing how easily he can play with him.

There are countless little details that Tafdrup uses to paint a portrait of Bjørn, all of which seem rather insignificant until the film’s jaw-dropping ending. Morten Burian gives an exceedingly memorable performance as the anxious everyman: courteous to a fault, he loves his wife and daughter dearly, but yearns to break free of the comfortable trappings of his bourgeois life. He’s not quite the alpha male that Patrick appears to be: He cries at a choral concert in Italy, goes on a wild hunt for his daughter’s stuffed rabbit Nenus (and finds it), and has been lingering on about page 10 of his Andre Agassi autobiography for the whole of his trip.

Patrick, meanwhile, raises a toast at a dinner full of strangers to apologize for making too much noise the night before, eats red meat at lunch, and inspires Bjørn and Louise to let loose a little. Bjørn practically blushes when, after finding Nenus, Patrick calls him “heroic.” When, sometime later, Patrick and Karin send a note inviting them to come visit in the Dutch countryside, Bjørn jumps at the opportunity. There’s a twinge of mistrust in Louise’s eyes during all these exchanges, however, one that proves to be more astute than either of them realizes.

Tafdrup’s clever use of music adds a sonic dissonance to the most seemingly benign moments in the film. An ominous drone will reach its crescendo as we look out onto a breathtaking Tuscan valley, or as Louise and Bjørn chat with friends in their living room. At one point, the typical horror soundtrack ramps up as the crowd breaks into applause at Agnes’ elementary school concert, as if to indicate some sort of menace lurking beneath the pleasant surroundings. In fact, the menace is Bjørn’s boredom, and his unwillingness to second guess the Dutch couple’s intentions. “I think perhaps it would be a little impolite to decline,” Bjørn says to a dubious Louise at dinner.

We have a strong feeling that something is going to go wrong during this sojourn to southern Holland, but for the longest time, nothing really does. Yes, Patrick and Karin can be a bit “unpleasant,” as Louise complains to Bjørn, but each of their faux pas feels so plausible, the sort of normal things that happen when you’re staying at someone’s home, that we understand why they decide to stay. Patrick serves wild boar for dinner when Louise is a vegetarian, Karin has set up little more than a cushion for Agnes to sleep on in Abel’s room, and, refusing to live up to the Dutch cultural stereotype, the couple leaves an enormous restaurant bill for Bjørn and Louise to pay for.

At one point, Bjørn encounters Abel outside in the dark as he opens his mouth wide to reveal a gaping hole. “Congenital aglossia,” Patrick says, explaining that he was born without a tongue. These are just a few of the countless inconveniences and bizarrities that the family accepts, though, either out of politeness or embarrassment, there are several more serious transgressions that Louise and Bjørn experience individually that they fail to mention to one another.

As Louise, Sidsel Siem Koch perfectly conveys the awkwardness of feeling uncomfortable in someone else’s home, while trying to stand her ground rather unsuccessfully. Karina Smulders is also superb as Karin, the sly wife who sees both sides, speaking up on behalf of her guests, but also clearly accepting of her husband’s behavior. All this adds up to a couple that’s taken by surprise when their hosts decide to reveal the ultimate, truly terrifying truth behind their invitation.

The ending of the film suddenly and shockingly assembles all the pieces of the puzzle to uncover a ghastly, grotesque image of true evil, one that’s hard to shake. It’s the kind of reveal you knew you were in for, not unlike the infamously disturbing ending of Dutch thriller “The Vanishing,” offering a kind of sick reward for all the questions we had along the way. Tafdrup’s vision of human beings feels inherited from Haneke as he callously illustrates the banality of evil. Instead of opening the door to it, however, the family at the center of “Speak No Evil,” willingly walks into its lair.

“Speak No Evil” premiered at the 2022 Sundance Film Festival. Shudder will release it later this year.