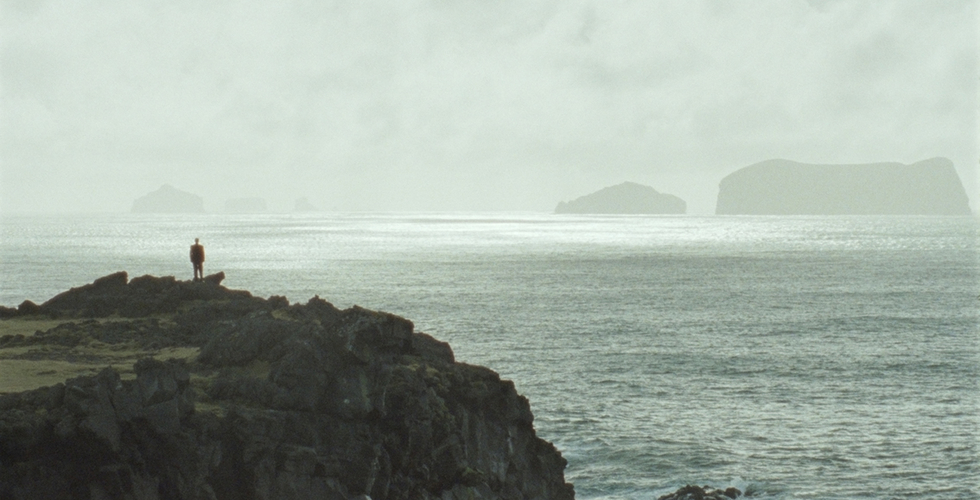 By ALAN EVANS // The guardian

Imagine how you'd feel if, for 10 days a year, some of the world's most exciting, innovative and revered film-makers descended on your small, provincial town for an enormous party. That's more or less what the ReykjavÃ­k international film festival feels like. The cinemas are tiny, there are no red carpets. The closest thing to a designer label is Gore or Berghaus. This is partly through necessity - you'd be pretty uncomfortable baring too much skin at 66 degrees north - but partly because the festival has been set up in the least pretentious way possible. It's a long way, both physically and metaphorically, from Cannes, Venice, Toronto or Berlin. Even the award is modest: the main prize on offer at the festival is the Golden Puffin.

Yet, despite all of this, the festival attracts some seriously big names. This year's selection includes films that have already had a lot of press (Sean Durkin's Martha Marcy May Marlene, Andrea Arnold's Wuthering Heights), films that have done well at other festivals but are unlikely to get much attention beyond the festival circuit (Yorgos Lanthimos's Alps, Aleksander Sokurov's Golden Lion-winning Faust) and low-budget homegrown films (Hafsteinn Gunnar SigurÃ°sson's Either Way, Ulla Boje Rasmussen's Thor's Saga). It was estimated that 8% of the country's population saw a film here last year with 25,000 visitors in total, and the number is expected to increase in 2011.

I meet up with Rúnar Rúnarsson, director of Volcano and the first Icelander to be nominated for the Golden Puffin award. He received a standing ovation at Volcano's Cannes premiere and won the best director award at the Transilvania international film festival. Volcano is also the Icelandic entry for the foreign film category at next year's Oscars. "ReykjavÃ­k during the festival is like Glastonbury," he says. "People come out of one film, look at their programme and think: 'What can I see next?' That's actually one of the good things that's come out of this depression."

"Until recently, bankers were the rock stars of Iceland," Rúnarsson says. Newspapers would run profiles on them and print photographs of their wives. Now, as a result of the economic crisis, families are spending more time together and being more creative. "Today there has never been so much attention on theatres, on the museums, and there is some kind of correction going on - people are thirsting to nourish their soul."

Since the financial crash of 2008, Rúnarsson believes Icelanders have been paying more attention to cultural things. "There are 310,000 people who live in Iceland. Without being too patriotic, it's amazing what this country has made, but the madness that can be productive in creating art is the same madness that made the country bankrupt. Icelanders look at themselves as creative creatures, and that's nice. But [creativity] comes out of poverty - and now people are interested in culture and creation again."

The city has a beautiful new concert hall and cultural venue, Harpa, designed by Danish-Icelandic superstar architect Olafur Eliasson. Rúnarsson tells me that many Icelanders see the building as a monument to the financial folly that led to the crash, but also as a statement about how much Icelanders value art and culture. After the crash, the Icelandic government cut funding for artistic projects quite heavily, despite the fact that every króna spent on making films in Iceland brings in 5 krónur worth of foreign money.

The ReykjavÃ­k film festival is clearly pitching itself at the arthouse market: this year's recipient of the lifetime achievement award is BÃ©la Tarr, while previous recipients include Jim Jarmusch, Milos Forman and Peter Greenaway. "Our aim is to present the new generation of directors," says festival director Hrönn Marinósdóttir. "But in order to understand what they are doing, you also have to see what the older masters have done, so we give the award to auteurs who make films out of passion and who have done great things."

Hrönn explains that the reason they started the festival was because around 90% of films being shown in Iceland were from Hollywood, and they wanted to bring films to Iceland that would not otherwise be shown. She is also keen to emphasise the social conscience of the event, saying that one of their aims is "to take part in a discussion with society, which is why we have a focus on environmental films and human rights documentaries". A small section of the programme is dedicated to films about the Arab Spring, and there's even a networking and advice workshop for young film-makers (they compete for the Golden Egg).

One of the ways the organisers have managed to differentiate ReykjavÃ­k from other film festivals is in making the main award open to only directors' first or second films. With this approach, the festival has created a niche for itself attracting the finest new talent from around the world. Hrönn tells me that Sokurov came to Iceland for the 2006 festival, met a production company and then came back to shoot some of Faust in the country, spending 70m krónur while he was here, a large portion of which went straight back into the Icelandic film industry.

Hrönn uses the puffin as an analogy for the low-key nature of the festival. "So many festivals use animals as their symbol. We thought: 'Should we use the sheep or the wolf or the reindeer ... or the troll?' But we decided on the puffin. It was a humorous choice." Community involvement is a large part of the festival, from screenings in unusual places such as hair salons to extra shows in smaller towns around the country. There is so much enthusiasm for the event, Hrönn explains, that more than 200 people offered to work for free to help make it a success.

Another way the ReykjavÃ­k festival sets itself apart is by arranging a series of special events. There's the annual film screening in a swimming pool (this year it was The Neverending Story), a "Bollywood beach party" and an event called simply Tuesday Movie, in which famous Icelanders invite festivalgoers into their homes for a private screening of a film from their DVD collection. There's also the mysterious Cinema at the Centre of the Earth: guests are driven by bus to a secret location to watch a film inside a volcanic lava cave. My screening was cancelled on safety grounds after a violent storm in the mountains, but reports from the afternoon session suggested it was an amazing experience, and hopefully an experiment they'll repeat in future years.

The ReykjavÃ­k festival has clear ideas about what it's trying to be - its manifesto contains the words "knowledge generation hub". Rúnarsson, meanwhile, describes it as "cosy and chaotic, but with good intentions". And indeed, despite being slightly hamstrung by the weather, the festival pulls it off every time. It may have something to do with the programme, which is put together with integrity rather than with an eye on profits. It also deliberately avoids competition with larger film festivals, and is much the better for it. Just like the puffin emblazoned across its promotional material, it's small, quirky and loads of fun.

See Rúnar Rúnarsson's Volcano at the London film festival on the 13 and 14 October 2011.