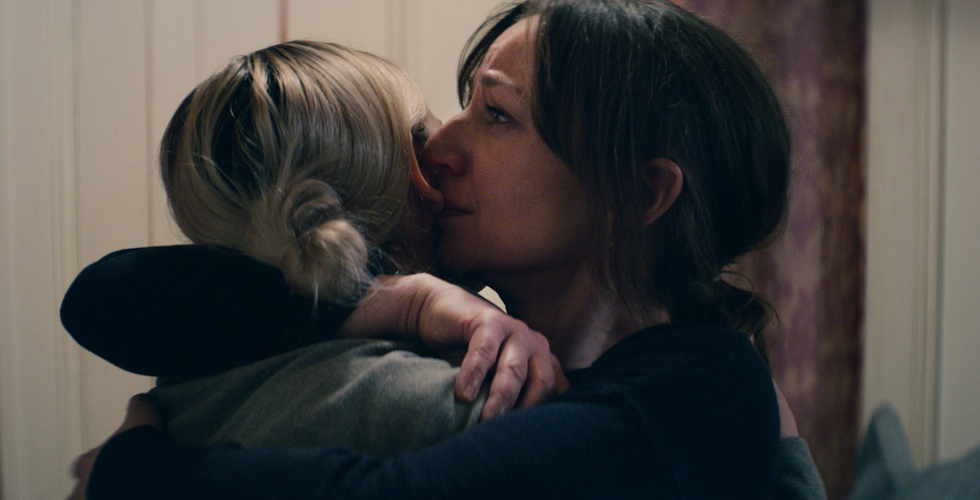 By STEVE POND / THE WRAP

TheWrap magazine: “I hate sentimental cancer movies, and I didn’t want to do something like that,” Sodahl says of turning her own diagnosis into art.

Nine years elapsed between Norwegian director Maria Sødahl’s first film, 2010’s “Limbo,” and her new one, “Hope.” But the long hiatus was never part of the plan for Sødahl, who was forced to put her film career on hold when she was diagnosed with brain cancer and told she only had a few months to live.

That experience became the basis for “Hope,” an understated drama deals with the strain on a family when a wife and mother receives the same diagnosis that Sødahl did. Obviously, she survived to make “Hope,” which stars Andrea Bræin Hovig as Anja, the woman who receives the diagnosis, and Stellan Skarsgård as her husband, Tomas. Skarsgård is also close friends with Sødahl and her husband, director Hans Petter Moland, and starred in Moland’s drama “Out Stealing Horses” last year.

That film was Norway’s 2019 submission in the Oscar race for Best International Feature Film; Sødahl kept it in the family when “Hope” was chosen as this year’s submission.

Was it a difficult decision to make a movie about your own experience?
It was crazy. It was a huge decision, and difficult for many reasons. Professionally, it was difficult I hate sentimental cancer movies, and I didn’t want to do something like that, at all. And doing it also involved my close family and friends. I had to get their permission so that I could work freely and without interference, because it’s her point of view. At the same time, I wanted to get their points of view on her, because I was so drugged, and it was interesting to hear their different points of view. Did I really do that? Did I really say that? Is it possible to be so self-absorbed while dying?

It was not an easy decision, but at the end of the day I had no choice. I really wanted to work again – I was in grief because I had lost my métier.

It took a while before you were ready to do it, or capable of doing it?
Yeah. In short, I had brain surgery. I have a scar in the back of my head. It took some time to get back my concentration, and to know if I was intellectually, mentally, cognitively capable of doing it.

But also, I knew about working with memories, because I also did that in my first movie. Memories, they’re so fantastic, because they take away all the non-interesting stuff and you get totally into the crystal-clear essence of the emotions, which are universal. By being the most private, you can reach something that is universal. But having enough distance, I had to be aware of whether I had that, to make something so scarily personal into fiction. There’s so much true stuff there in the medical story, when it happened, how many days. So it was about having to leave stuff, because it seemed too organized, too dramatic.

How do you approach yourself as a character? Did you try to put distance between you and her?
Writing, I was only thinking, “How can I keep my own interest going?” I tried to fake things the first half year, and then I just realized no, it had to be very close to what happened. I realized, either you have to go all the way or do pure fiction. But by the time I got to the end, she was not me, she had become somebody else, and I was looking forward to directing this fiction.

When you were on the set with the actors, did you find yourself thinking, “It didn’t happen like this, but it works for the movie”?
I never thought about that, because that part was done. I was all into making new stuff. Really seeing what they were contributing, and making it richer and more nuanced. We laughed a lot, seeing all the black humor.

How did you find the right tone? The film could easily veer into melodrama because of the nature of the story, but it never does.
You make lots of choices, and with that comes this unsentimentality. Black humor, which is there subtly, was very important. If the actors cried, we would do their interpretation of the scene, and then we had one dry take with no tears. And that was what we used all the time, at the end of the day.

I knew that this was a film that the audience should experience physically. You should be exhausted after it. There’s no time for grief. And I always thought about this story as a love story, from the very beginning. That’s also a part of not becoming sentimental with cancer.

But the most important word for us behind the camera and the actors was truth. That’s something I always do, but probably more on this movie. Nothing should smell or taste manipulated.