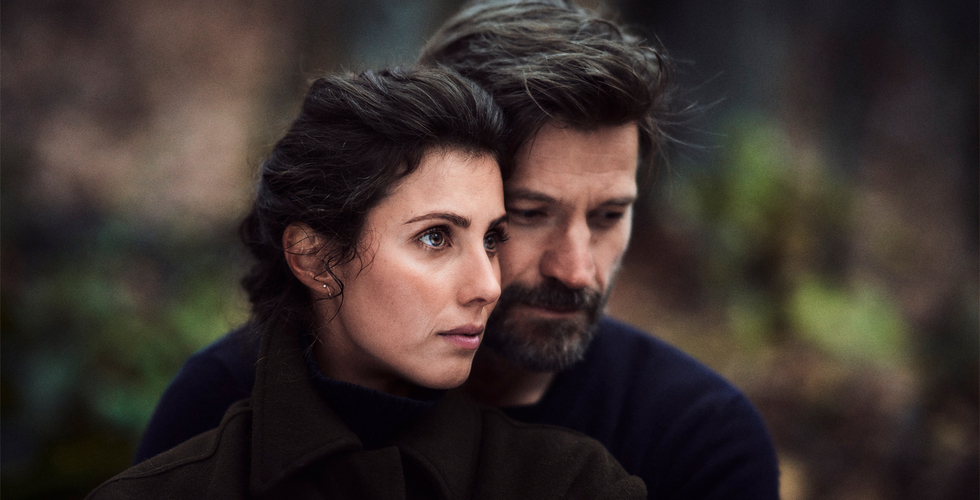 In this exclusive interview, the multi-awarded Danish writer/director discusses the Zentropa feature A Taste of Hunger which opens June 24 in Denmark.

After the crime seriesFace to Face, Warrior, and the smash crime movie Purity of Vengeance, the last instalment in the Department Q series which sold more than 770,000 admissions in Denmark, Boe is back to his roots with a relationships and love story, themes explored in his earliest works such as his Cannes Camera d’or winning debut Reconstruction.

A Taste of Hunger is Boe’s first writing collaboration with Tobias Lindholm, director of the Oscar-nominated film A War, the series The Investigation, and co-writer of Thomas Vinterberg’s Oscar winning Another Round.

The film is set in the Copenhagen thriving and cutting-edge restaurant business. Maggie (Katrine Greis-Rosenthal) and Carsten (Nikola Coster-Waldau) run the popular restaurant Malus. She is an anthropologist with a specialty in meals, and has created the unique setting of the restaurant. He is a celebrity chef. They love each other, have two children and want it all, including the prestigious Michelin star. But in their tireless efforts to fulfil their shared dream, they endanger their relationship, their love and family.

The film has been sold to numerous territories by TrustNordisk, including the US (Magnolia Pictures), France (Kinovista) and Germany (Koch Films).

What was the genesis of the film and how did you hook up with Tobias Lindholm to write the script?
Christoffer Boe: That’s the reason for the movie. I’ve known Tobias many years and admire his work. I had been trying for a while to find a project where we could collaborate. We have very different approaches to filmmaking: I try to invent things, while he tries to invent as little as possible. We needed to find some common ground where we could do both. It turned out to be families, relationships, something natural to us as we both have a large family, several kids. It’s a place with never-ending stories, idealism, defeat.

Basically we were interested in exploring why do people stick together, share a dream of creating a family, but sometimes it fails. That was the entrance point. Then I was keen to incorporate as a background an industry where people often find their partners, where people share the same dreams, yet sometimes struggle to live together. Tobias and I are totally into food, so the restaurant business felt like a good fit. It was a great opportunity to talk about the essential elements of life-including food. On top of this, cutting-edge restaurants in Denmark are a growing industry, and the filming of food is aesthetically very pleasing.

How did you share the writing process with Tobias?
CB: We both like structure, chapters. We discuss how those chapters will be like and split them between each other. We write quite quickly. The thing is that we wrote this over several years. We started it, had to put it on hold, as Tobias was doing a movie, I did a TV series, then a movie, then another series. He then went to America…Each time, we kept the idea, the characters and refined the story.

From the very outset, we're introduced to the core of the story through Kathy Acker's quote “If you ask me what I want, I'll tell you. I want everything” and Maggie [Katrine Greis-Rosenthal] in the first 15 min of the movie says "I want it all". But this is the aspiration for the over-achieving modern man and modern woman in western society-basically a problematic for privileged people…
CB: It is indeed the privilege for our civilised western world where we don’t have to worry for instance about starvation, but about obesity. In many ways, we have too much. It’s a strange problem to have, but if you want to live your life to the fullest, wanting it all seems authentic and real. We feel entitled to have it all and we put pressure on ourselves to succeed in all arenas - private and public. But how to cope with it is the issue that confronts many of us.

There are multiple references to the origin of mankind-the symbolic tree in the centre of the restaurant, Maggie and Carsten discuss the Christian notion of paradise and the apple as a symbol of sin. You seem to have enjoyed associating food, creation and mankind...
CB: Food is such a multi-layered arena for culture, history even politics, although we often don’t think about it. What we experience now, in a different way, is people questioning what we take for granted. The way food is cultivated, grown, prepared in kitchens relates to people in society. I’m interested in that aspect. In the film, the first meeting between Maggie and Carsten puts on the foreground that food is so much more than just something that tastes good. Carsten is interested in how it tastes; Maggie in what it means.

Could you say a few words about the structure of the film, cut into chapters - sweet, sour, fat, salt?
CB: It relates to basic food ingredients and ingredients in life. We wanted the film to have a simple structure - where one day, a woman is close to fulfilling her big dream, but that dream is endangered. She has one night to solve it. Then we go back in time to reveal what are the ingredients in her life and how things ended up that way.

How much research did you do to capture the star-Michelin-restaurant environment and how did Nicolaj rehearse his role as a chef?
CB: There are great documentaries on TV and Netflix about food. But we did go out and spoke to some top chefs in Copenhagen, who gave Nikolaj tips about how to smell food, prepare it, talk to the staff. We had a great chef - Bo Lindegaard as a consultant. He created a dish - the apple dish in the first scene. He has left the Michelin dream and is now involved in designing food experiences, including in VR. He used to work with our production designer Nikolaj Danielsen, and opened an experimental restaurant together - Madeleine’s Madteater (food theatre). We also spoke to the young chef Rasmus Munk whose restaurant Alchemist in Copenhagen is rated among the best in the world.

There are also parallels between film and food - as a creative team effort, and ultimate goal to reach a large audience…
CB: Absolutely, there are a lot of similarities. Both worlds need peer acceptance and audience. If a movie doesn’t perform you simply can’t make them anymore, and if people don’t appreciate your food, you go bust. Getting the ultimate award - a Palme d’or, an Oscar in film or a Michelin star is also comparable, but when a restaurant gets a 3 Michelin star-the pressure is huge. People want to experience the 3 Michelin star in every single meal.

Katrine Greis-Rosenthal makes an outstanding performance. Did you have her in mind when you co-wrote the script? What about Nicolaj Coster-Waldau?
CB: I had worked with her in the series Warrior. I was so impressed that I used her in a bigger part in the following series Face to Face. She felt so right for the part of Maggie. She has a huge range of acting and is ‘un-Danish’ in some way. Nikolaj is a gifted actor and a gifted chef so the part was perfect for him.

The young actress Flora Augusta who plays their daughter Chloe is a revelation…
CB: We wrote key scenes that reveal Chloe’s existence. I knew from the outset that I needed a special young girl. Ultimately, we found her the last weekend before shooting. We rehearsed a small scene and we were all blown away. We were super lucky to find her.

The multi-awarded DoP Manuel Alberto Claro is again your collaborator? What do you appreciate most in his craftsmanship and how do you work together?
CB: He is a great photographer and very giving as a person. We share similar interests in various fields. I met him at film school. He did my graduation film and we’ve worked together on and off the last 20 years. I often want to make things look ‘pretty’ and he’s very good at toning it down and making things more real. We have a good energy when we push each other in opposite directions and when we find a middle ground, it can be very interesting.

Your wife, editor My Thordal, production designer Nikolaj Danielsen are also in your regular crew…
CB: Yes. I have a high output rate these days, so I need to have a team on whom I rely, who reacts fast. We focus on each job, then reflect on what we did, what we learned, how to do things better next time. We always try to improve our craftsmanship.

Where did you film the stunning kitchen and restaurant scenes?
CB: It’s a lot about communion, breaking bread, sharing a meal, the orchestration around a meal. I needed a kind of ‘show piece’. There wasn’t any existing place that has a round dining table of that gigantic size, so we built it ourselves in a studio. All exteriors were shot in Copenhagen.

Ultimately what would you like audiences to take away from watching the film?
CB: Hopefully people will relate to the down-to-earth story of trying to find happiness, peacefulness in a very stressful environment. How do you strive for greatness and at the same time, accept that life is as it is-often very complex.

Are you a good cook?
CB: I enjoy cooking, but between the busy family life and work, it’s very simple cooking.

What's next for you?
CB: I’m finishing Face to Face Season 2. I will deliver the final episode next week [week 26]. Trine Dyrholm is in the lead. It’s crime, with a female touch. Nicolaj did the set design again, Manuel Claro the cinematography. I feel we’ve done a great job again.

A taste of hunger