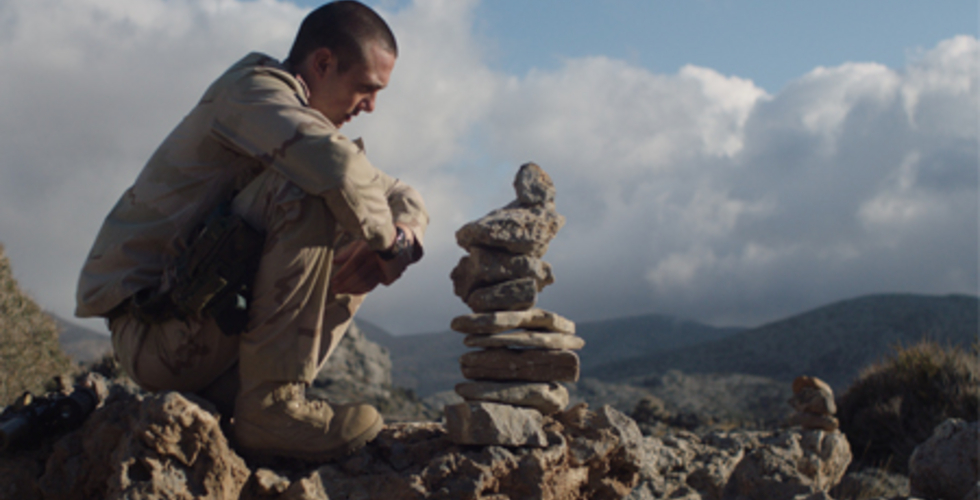 Filmed in the mountains of Greece — which doubled for the stark, alien landscapes of war-torn Afghanistan — Shariff Korver’s Do Not Hesitate tells the story of three young Dutch soldiers who are left guarding a military vehicle after it breaks down. A chance encounter with a local boy causes tensions in the group, which reach a shocking climax.

The idea came to Korver after reading a newspaper article about a group of Dutch soldiers being sent to an island in Crete after spending five months in Afghanistan to “blow off some steam.” “They were going to have therapy during the daytime,” he said during Deadline’s Contenders Film: International awards-season event, “and then they were allowed to go and party in the nighttime. That ‘debrief,’ as it was called, went completely wrong, and two journalists wrote this article about it, criticizing the whole system and saying how bad the aftercare for young soldiers was.

“I must have read this article about 10 years ago, or even longer,” he continued, “and somehow I always kept it with me. I could envision these young kids, between 18 and 20, having experienced whatever they did in Afghanistan suddenly being on this party island, trying to cope with their emotions and not being able to.”

Korver’s young actors do an admirable job in roles that he freely admits were by no means easy to fill.

“With my actors, I had one wish,” he said, “and that was for an audience to watch the film and think that they were seeing real soldiers. But when you start casting [a film like this], you find out that, in that age category, kids that go to theater school are not built up. They don’t have the body, they don’t have the vocabulary. They’re actually very sensitive. So what I did was just go for the best actors that I could find, and I gave them six months to transform. I hired a military advisor. They gained between 10 to 15 kilos. They learn how to walk, breathe, talk as a soldier. I just asked for one thing: I said, ‘The moment you walk on set, I want to see soldiers.’ ”