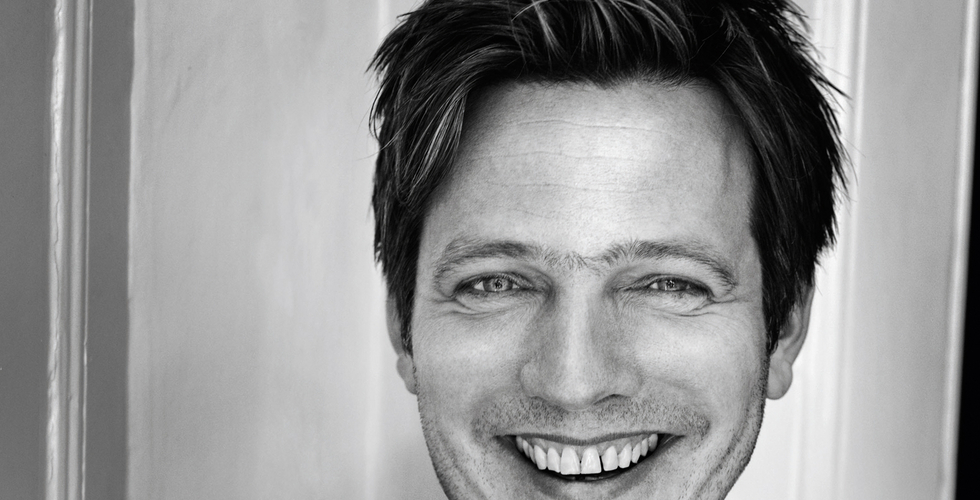 By Rachel Cooke / The Guardian

Thomas Vinterberg is the Danish film director who, with Lars von Trier, co-founded Dogme 95, a movement that aimed to “purify” film-making by, among other things, minimising the use of special effects. In 1998, he wrote and directed the first Dogme film, Festen (The Celebration), which won numerous awards. However, his 2003 film, It´s All About Love, starring Claire Danes and Joaquin Phoenix, was a famous flop, and his reputation did not fully recover until the Oscar-nominated The Hunt (2012), about a man wrongly accused of child abuse. His new film is Kollektivet (The Commune), set in Copenhagen in the early 70s. It stars Ulrich Thomsen as Erik and Trine Dyrholm as Anna, a middle-class couple who set up a commune, with disastrous consequences for their marriage.

To what extent was your new film inspired by your childhood?

I grew up in a commune, from the age of seven until I was 19. When my parents divorced, they asked me to go with them, but I decided to stay: you could say that I fled the nest by staying in the nest. But the film is fiction. My costume designer said to me, “I guess this is based on a true feeling rather than on a true story”, and I keep repeating that. It began its life as a play in Vienna and as we improvised it, it grew less and less autobiographical, mainly for dramatic reasons. In real life, for instance, they wouldn´t have voted on everything. They would have just talked all night, and that wouldn´t work on stage or screen.

How much has commune life informed your character?

Retrospectively, I see that many of my choices echo my childhood. I loved being in that commune. Maybe the film doesn´t radiate that, but I thoroughly enjoyed it. Dogme 95 had many similarities to being a commune, and so does being on any film set. If you look at my films - The Hunt is one - a lot of them investigate the individual against the community.

Yes, and that´s how I often felt: like I was the only responsible person in the room. But I have to say that the idea of speaking to children as if they are grownups came from a good place. Some of them misused it, leaving the children alone too much. But they really respected us.

Watching your actors must have been very evocative.

Actually, it has confused me, because now there are two communes in my mind. It was interesting to show The Commune to the commune. They couldn´t recognise themselves, because I´d changed many things, but they were still incredibly moved. The second half of the film is quite dark, and that can be understood as a criticism of the times, but to me it´s about two people falling out of love. The film asks: why does nothing remain? That time that I truly loved, and miss now, will never come back. Red became blue; socialism became the freedom of the individual; people fell out of love and grew older and died. I keep asking my wife [Helene Reingaard Neumann, who plays Emma in The Commune]: why does nothing remain? I can´t understand it - or perhaps I just can´t accept it. I always thought those people would be there waiting for me, smart and academic and half-drunk. The film came out of that longing.

Does the film make the case that it´s harder for a woman to grow old than a man? When Anna´s husband, Erik, leaves her for Emma, it´s as if her life is flashing before her; she´s replaced by a younger version of herself, and it destroys her. Meanwhile, Erik just moves on.

I tried hard to make my portrayal of this woman understanding, because I´m a man. I´m guilty of having done the same [as Erik] and I´ve seen it so many times. If you go further east, the older you are, the more respected you are. In the west, we´ve flipped that around, and a lot of pain comes from it. We must be careful not to generalise, but men don´t necessarily want to deal with emotional matters. The women I´ve spoken to - journalists like you - tend to hate Erik, while men are embarrassed by him, perhaps because they recognise him.

Your last film was a new version of Far from the Madding Crowd [starring Carey Mulligan and Matthias Schoenaerts]. When you make a Danish film after an English one, is it like coming home?

I don´t know if language is relevant. The Commune started its life in German, a language I don´t speak. It´s more to do with the fact that the Danish films are ones I´ve written. In that sense, they´re films no one else could make, whether bad or good. I enjoyed making Far from the Madding Crowd for lots of reasons, but mainly it was just that I was working without the pressure of being an auteur. Ever since I was 16, I´ve been responsible for everything. Taking an assignment like that, as a hired hand, is playful for me.

Festen was a huge hit. But then you had a series of flops. Did you always know things would come good in the end?

No. I often thought: this is all going to end. I´m still proud of Festen. To me it´s like having a rich and famous son who travels the world and occasionally sends me a cheque. But I had some painful years after it. Success is always difficult to manage, but in this case I also felt I´d gone down that path as far as I could. I´m an actor/character man, and you can´t get any closer to actors/characters than you do in Festen. Artistically, it was the ultimate production, and I couldn´t repeat it. But in the end, there was nothing else [but film-making] that I could do - and although not many people agree with me, I still think It´s All About Love is a very rich film. It´s my troubled child: the dearest one to me, but also the one who behaves the worst socially.

What do you feel about Brexit? Britain has, you´ve said, left that particular commune. Were you shocked?

I wasn´t shocked. To some extent, I understand it. I´ve always found the EU problematic. It´s a complicated, expensive bit of machinery, enormously inefficient. But having grown up in a commune, I feel sad. It´s like we have lost our big brother. Britain is the closest [emotionally] country to us. It will affect Denmark for sure. EU resistance is flourishing here. The stronger the EU was, the more I wanted to leave it. But now it´s weakening, I want to help it. I guess it´s like being on the Titanic.