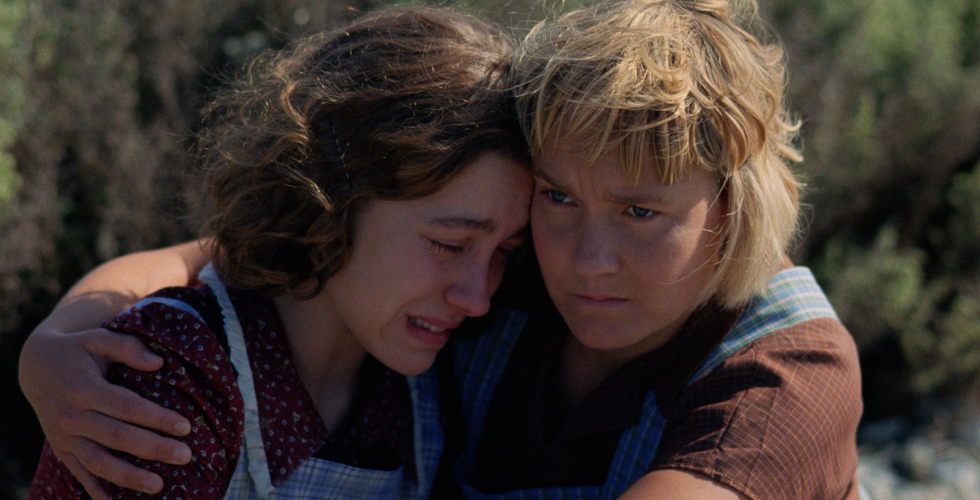 A young woman is enjoying a lively party with her friend. There is jazz, drinking and a guy is staring at her with googly eyes. They will end up in a quiet corner, enjoying a quick sexual encounter. By modern standards, some would call this a successful night. But this is Copenhagen in 1933. Misogynistic double standards are interwoven into the fabric of society. And Maren (Emilie Kroyer Koppel) will have to bear the repercussions of being a strong-headed woman in Malou Reymann’s.

With her party nights being no secret in her gossipy neighbourhood, Maren's reputation as promiscuous and dangerous soon makes the rounds. Equally, the conflict at home with her mother keeps boiling up, as Maren calls her out on her double standard towards her brother and wanting something else from life. “I refuse to rot away by a sewing machine like you.”

It may not be the sewing machine but rotting away is the very fate waiting for Maren when child services turn up at her mother’s doorstep and ask her to hand over the legal guardianship. Take action now, before she “begins a life of crime.” That “action” is composed of the most ruthless representation of patriarchal society, Doctor Wildenskov (Anders Heinrichsen), declaring her “slightly mentally deficient and antisocial” and shipping her off to a women’s asylum on the island of Sprogø, run by Miss Nielsen (Lene Maria Christensen).

The asylum is based on the real Sprogo Women’s Home that existed between 1923 and 1961, and to whose inhabitants Reymann has dedicated this film. There Maren meets, amongst others, Sørine (Jessica Dinnage), a by-the-book girl hoping to reenter society once her “ailments” are cured. Reymann calls this idea of “making the girls fit to reenter society” out immediately in the most poignant way. As Sørine shows Maren around the sewing room, she explains that they sew clothes in the styles they want, followed by a quick disclosing of the drawing board. “But as I said, those styles are easy to make.”

Maren's deterioration from a rebellious teen to a broken woman is inevitable, but Reymann understands how to tell this story with the necessary dignity for its characters and without succumbing to the low-hanging fruit of overdramatisation and exploitation of sorrow. Her movie carefully untangles the elements of the story that serve to make this point while keeping the viewer in the loop just like in a suspense movie. The audience knows that something awful will happen. but what that is is unclear.

Maren's downward spiral begins not with the monotony of boring activities or dull music on the radio, but the moment she realises that all the girls have been here for six to ten years – this will likely not be a short stay. Some of them, like Sørine, even believe in the system: she sees it as her path to seeing her daughter Ellen again. Maren pushing those boundaries ends with punishment, yet her biggest defiance comes in the form of an attractive handyman whom she has sex with, resulting in a pregnancy.

Unbeknownst to Maren and her friends, a new sterilisation law has recently been passed, aimed at the “mentally deficient.” As Maren is soon to give birth to her daughter, it is not only the inevitable separation and heartbreak that are tormenting her. She and the other girls are at risk of having one of the last things to remain truly theirs, namely their reproductive rights, taken from them. If there is hope for any of them, Reymann coolly shows that it comes at a price. Some wrongs can never be undone.