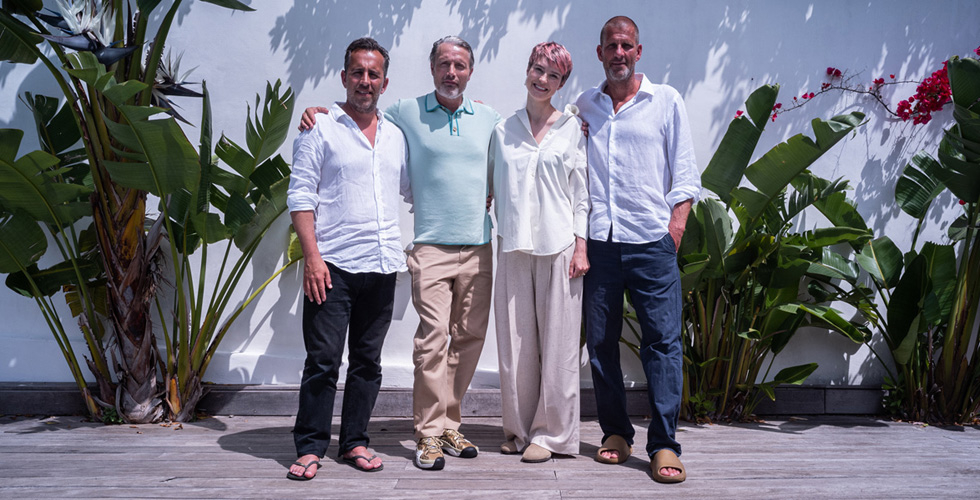 The full cast of The Bastard (the new title for King’s Land) was announced on 22 September. Simon Bennebjerg (the TV series Borgen, The Pact) will play Frederik de Schinkel, the local landowner and nemesis to Mads Mikkelsen’s character Ludvig Kahlen. Kristine Kujath Thorp (Ninjababy) will portray Frederik de Schinkel’s cousin Edel Helene, trapped in a deadly game of power and love between Schinkel and Kahlen. Meanwhile, Gustav Lindh (Riders of Justice, Queen of Hearts) will take on the role of pastor Anton Eklund, Kahlen’s unlikely ally. The cast is rounded off by Jakob Lohmann (Riders of Justice), Morten Hee Andersen (the TV series Ride Upon the Storm), Magnus Krepper (Queen of Hearts) and Felix Kramer (the TV series Dark). The feature has already been pre-sold to the USA (Magnolia Pictures), Germany (Plaion Pictures), France (The Jokers Films), Benelux (September Films) and Hungary (Vertigo Media).

Nikolaj Arcel is back in Europe and is ready to direct his first Danish film since A Royal Affair (2012), which was sold to 80 countries and premiered at the 62nd Berlinale, where it won the Silver Bear for Best Script and Best Actor. The new project, a drama titled King’s Land, was announced during this year’s Cannes Film Festival and will see him reuniting with talented, world-class actor Mads Mikkelsen, who recently starred in Fantastic Beasts: The Secrets of Dumbledore and Ridley Scott’s HBO Max drama series Raised by Wolves.

Arcel’s new outing will enter production on 5 September 2022, with shoots planned in Denmark, Germany and the Czech Republic. Budgeted at €8 million, it promises to be “Zentropa’s biggest feature in years” and it has been described by the team as “an epic and grand Danish drama and an international co-production made for the global cinema and festival audience.”

Talking about his new collaboration with Arcel, Mads Mikkelsen commented: “Nikolaj Arcel and I had a magnificent collaboration during A Royal Affair, and I am beyond excited to be working with him once again. He has an awe-inspiring vision for the film, and he and Anders Thomas have penned an amazing script. Its brutality and tenderness deeply moved me when I first read it”.

Penned by Arcel together with Anders Thomas Jensen (Riders of Justice), it is based on the 2020 Danish bestseller Kaptajnen og Ann Barbara (lit. “The Captain and Ann Barbara”), written by Ida Jessen.

Arcel’s screen adaptation has been labelled by the production team as a “gripping drama about the conquest of the Danish heath, unremitting nature, big dreams and even bigger sacrifices, revenge, discipline, love and loss.”

The story is set in the mid-1700s, when Danish King Frederik V declared that the wild heath of Jutland should be tamed, cultivated, and colonized so that civilization could spread and new taxes be generated for the royal house. However, no one dared to follow the King’s decree. The heath meant certain death – a godforsaken place haunted by ravenous wolves, highwaymen, and a brutal and unforgiving nature. But in the late summer of 1755, a lone soldier by the name of Ludvig Kahlen rode into the heath in a stubborn pursuit of a lifelong dream, determined to reach his goal: the heath would either bring him the wealth and honour he had long sought… or get the better of him.

Nordisk Film is in charge of its distribution, whilst its international sales have been entrusted to TrustNordisk. Local release is slated for autumn 2023. TrustNordisk has already pre-sold it to Germany (Koch Films), France (The Jokers Films), Benelux (September Films) and Hungary (Vertigo Media).