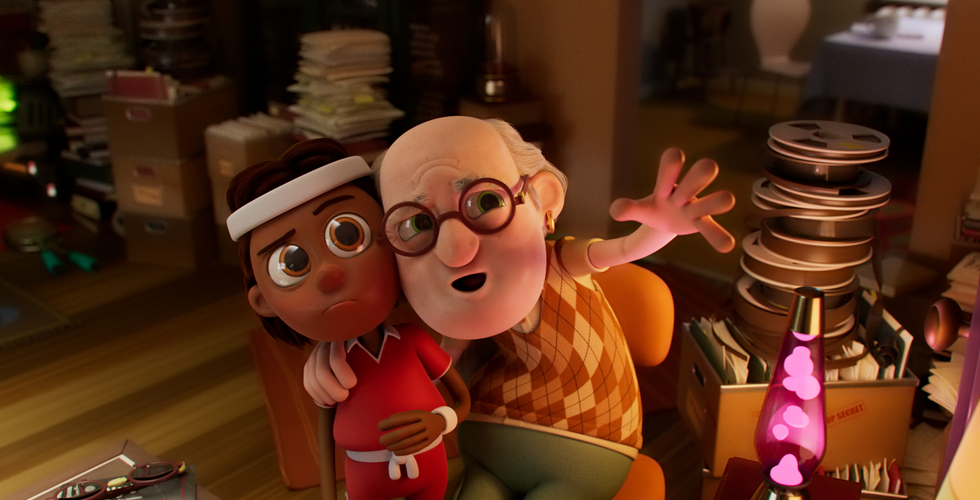 The latest project by Amalie Næsby Fick, a 3D animated film entitled Little Allan – The Human Antenna, is based on Peter Frödin and Line Knutzon’s popular Danish children’s book of the same name. Næsby Fick, who is best known for her 2017 debut, The Incredible Story of the Giant Pear [+], penned the script of this new production with Thomas Porsager (The Marco Effect [+], As Good a Day as Any).

The story is set during a lonely summer holiday and follows introverted 11-year-old Little Allan, who is roped into acting as a human antenna for his old, UFO-obsessed neighbour. An invasion fleet is coming, and apparently, the only way to save the Earth is by communicating through Little Allan’s brainwaves. But what they actually find is not exactly an invasion fleet. When the rickety antenna construction collapses, Little Allan is only barely saved by the alien girl, Britney, who is doing a school project about the primitive human race. Now Little Allan has to help her get home, while she becomes fascinated with this little specimen of the human species: why does this boy keep saying that he is fine, even though his parents have just got divorced, and he’s clearly not? Is that how all little humans work?

Budgeted at €2.7 million and edited by Anders Skov (Erna at War), Little Allan – The Human Antenna is being produced by Trine Heidegaard and Thomas Heinesen for Denmark’s Nordisk Film Production, in co-operation with Wil Film and Copenhagen-based outfit Pop Up Production. Henrik Zein and Erik Wilstrup are the executive producers. Moreover, the project has received support from the Danish Film Institute, the West Danish Film Fund, the Nordisk Film & TV Fond, YouSee and DR. TrustNordisk is in charge of its world sales, and Nordisk Film will release it in Danish cinemas on 3 February 2022.