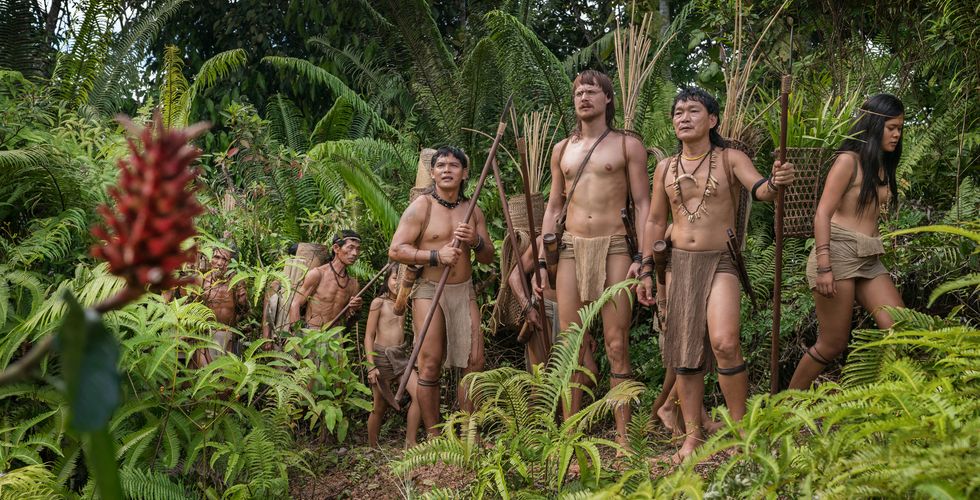 The based-on-a-true-story tale of environmentalist Bruno Manser’s 1984 expedition in Borneo, PARADISE WAR, has had critics singing its' praises after the local premiere, and we are very proud to let you know that the film has been selected for Les Arc Film Festival, where it will be premiering internationally.

Directed by Niklaus Hilber (AMATEAUR TEENS, 2015) and starring Sven Schelker (HOMELAND, 2015), PARADISE WAR has had a successful local premiere in Switzerland, where the story of Bruno Manser and his cause – a renowned environmentalist who takes up the fight against logging and the threat of extinction to the Penan people – has resonated with both audiences, ranking up more than 110.000 admissions so far, and critics with great reviews such as:

“Meets all the criterias for an Oscar nomination”
- Southeastern Switzerland

PARADISE WAR will celebrate its international premiere at Les Arc Film Festival (December 14th-21st) in the Playtime category. Two different screenings of the incredible based-on-a-true-story feature will take place at the festival:

PARADISE WAR was shot over 76 days in Switzerland, New York, Budapest and Borneo, including the last areas of primary jungle on the island. The indigenous actors were casted among the original Penan people who continue their struggle to this day.

Synopsis:
1984: Searching for an experience that goes deeper than the superficiality of modern civilisation, Bruno Manser travels into the jungles of Borneo and finds it with the nomadic Penan tribe. It is an encounter that changes his life forever. When the existence of the Penan is threatened by relentless deforestation, Manser takes up the fight against logging with courage and determination that makes him one of the most renowned and credible environmentalists of his time. Eventually, it costs him everything. Music by Academy Award Winning composer Gabriel Yared.

PARADISE WAR is produced by Valentin Greutert for A Film Company GmbH in coproduction with Philip Delaquis for Das Kollektiv GmbH, co-financed by Superfilm, with the support of the Federal Office of Culture, Swisslosfonds BS/BL, Christoph Merian Stiftung, Schwyzer Winiker Stiftung, Suissimage and in coproduction with Schweizer Fernsehen SRF/SRG SSR and Teleclub.

Swiss distribution by Ascot Elite, and international sales is handled by TrustNordisk.

To request a screening link of the film, please contact sara@trustnordisk.com