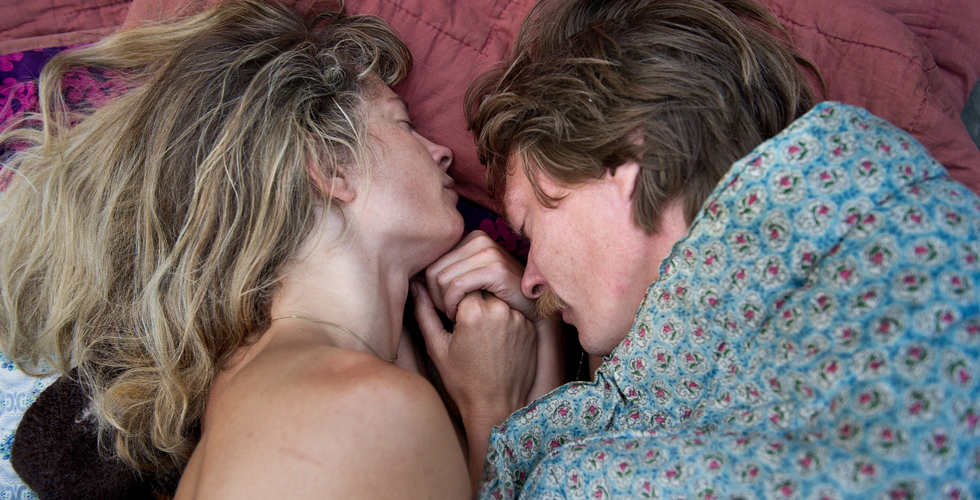 By John DeFore / The Hollywood Reporter

The Bottom Line:
Using four sets of actors and shuffling through time doesn't make this gripping tale confusing in the least.

TORONTO - A tremendously impressive tale of sibling rivalry that reconfigures Biblical archetypes to bracing effect, Sara Johnsen's All That Matters is Past follows two brothers and the girl they both love, from the age of 10 through a brutal fratricidal confrontation decades later. Artfully made and knotted with shocking images that enhance its storytelling instead of disrupting it, it should be very well received at arthouses.

Four sets of actors portray a trio of characters inhabiting an isolated riverfront site in Norway. When brothers William and Ruud move here at the age of ten, they find Janne, seemingly raising herself in the wild. (Though we see the children attend a nearby school, parents are never discussed -- one of many cues that this world is a kind of skewed Eden.) As we learn in the opening scene, these two boys will later kill each other -- though the brother using a large rock as his weapon may be this story's Abel instead of its Cain.

We come to understand the threesome's complicated dynamic in reverse, starting just a few months before the killing: Haggard in middle age and having been abroad for years, William (Kristoffer Joner) makes a surprise visit to Janne (Maria Bonnevie), who is now a married professor with two step-children. Almost without considering the alternative, Jarre abandons this family and returns with William to the place where they grew up and, for at least one long stretch, were lovers. But Ruud (David Dencik) lives nearby, possessed by a bottled-up but savage jealousy.

As Johnsen fills in the narrative via long flashbacks, we see William and Janne inhabiting an almost Malick-like world: Tall yellow grain rustles around the lovers; snails and bees are their companions. A shot of the two blonde children at 10, innocently naked and holding hands while Ruud hovers darkly nearby, cements their status as the Adam and Eve of this place.

Years later, Janne sins. For reasons she doesn't seem to know, she begins sleeping with Ruud, whose early displays of sadism (we see him tear the beak off a bird at one point) are balanced by a strange capacity for tenderness -- albeit a tenderness that sometimes lays the groundwork for even starker displays of fury: At one point he woos Janne by taking her to see birds caring for their eggs; later, he sets those nesting grounds aflame.

That fiery image is one of many Johnsen and DP John Andreas Andersen make painterly and allegory-ready; at other points, they train a startlingly matter-of-fact eye on the gory details of life and death. The combination is potent here, making this small plot of land and its non-human life as much a part of the drama as the three characters who find themselves bound to it.