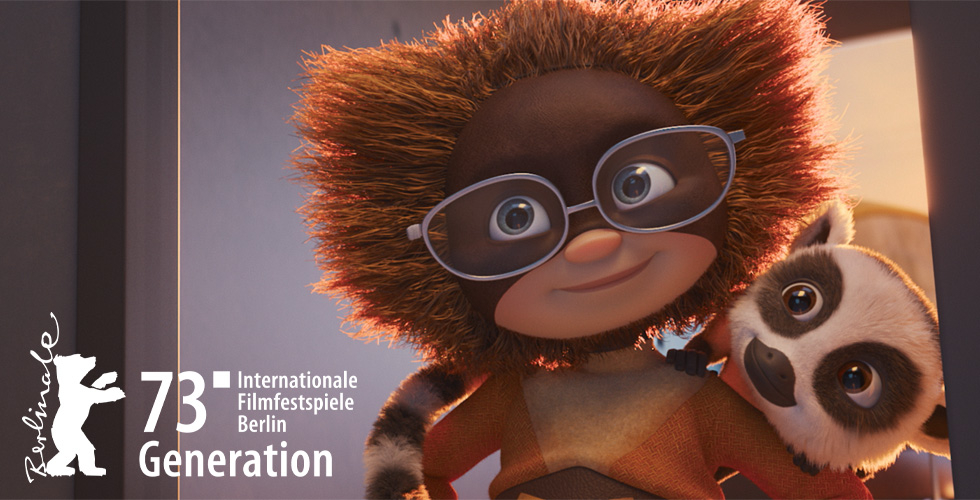 We are pleased to announce that the charming animation JUST SUPER has been selected for the Generation Kplus competition of the 73rd Berlin International Film Festival at which it will have its international premiere (16-26 February 2023).

Copenhagen, 15 December 2022 – Berlin International Film Festival has just announced its official selection which includes the fun and warm-hearted animation JUST SUPER - a story about believing in yourself, and superheroes. The 3D-animation has been selected for Generation Kplus Competition and will have its international premiere at the festival's 73rd edition, after having had a successful local release in Norway.

The producer Åshild Ramborg behind the film states:
'It is such an honour to be invited to one of the largest public film festivals in the world – we couldn’t have asked for a better way to premiere the film internationally! Generation Kplus takes young audiences seriously in a truly unique way, which mirrors our continuous ambition at Qvisten Animation. This is simply....JUST SUPER!'

Directed by top-animator Rasmus A. Sivertsen, who has a well-established name within the world of animation and previously directed Berlin and Shanghai Film Festival-selected LOUIS & LUCA - MISSION TO THE MOON (2018) as well as IN THE FOREST OF HUCKYBUCKY (2016), which was also selected for Shanghai Film Festival.JUST SUPER is produced by Scandinavia's biggest animation studio Qvisten Animation with producers Åshild Ramborg (THE ASH LAD, 2017-2019; HOMESICK, 2015) and Stian Tveiten (CONGO, 2018) behind the wheel. Carter Goodrich (COCO, 2017; DESPICABLE ME, 2010-2017) has done initial character design.

Managing Director of TrustNordisk, Susan Wendt, comments on the selection:
'We are extremely proud and excited that this fine animation will have its international launch at Berlinale in the Generation section known for focusing on high quality children's films. A film that reminds us that we are all SUPERHEROES! We congratulate the entire team on this achievement'.

Synopsis:
11-year-old gaming enthusiast Hedvig finds her life turned upside down when she is forced to replace her father as the town’s superhero much earlier than expected. But Hedvig is no superhero, and the challenges are far greater than her coaching father anticipated. He soon realizes focus must shift to his athletic nephew Adrian instead. Dejected and confused, Hedvig visits her demented grandmother. As she starts talking about the situation, the grandmother lights up, eagerly responding to her ramblings. An unlikely team emerges, and soon Hedvig is about to fulfill their family legacy without her father’s knowledge.

JUST SUPER is directed by Rasmus A. Sivertsen, written by Kamilla Krogsveen and produced by Åshild Ramborg and Stian Tveiten for Qvisten Animation. Nordic distribution through Nordisk Film. International sales handled by TrustNordisk.